In late February the Nation's Capital was host to the second annual Social Media Week. The "festival" as organizers called it was an opportunity to ignite conversations about the hottest trends in social and mobile media, as well as do what Washingtonians do best…network. A few of my colleagues 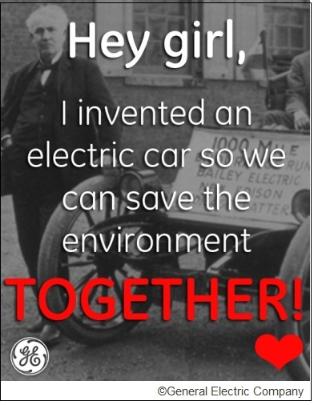 and I had the opportunity to attend a handful of sessions, and here were some notable takeaways.

No Power = No Social Media

Social media is a wonderful way to share critical information during a natural disaster. However, without power, old fashion landlines may be only means of communication operating. As the Borough of Manasquan, New Jersey's Administrator Joseph Deiorio shared, during Hurricane Sandy residents who evacuated were constantly checking the borough's social media channels to see when they could come back to evaluate their homes, while other family members outside the disaster zone were trying to see if their loved ones were safe. Having a backup plan in place enabled them to keeping the information flowing throughout Sandy. Before the next natural disaster, plan ahead and establish a sister or secondary organization in another state that can operate your social media platforms. The backup organization should be familiar with your organization's social media policy. If you haven't developed your organization's social media response policy, the Environmental Protection Agency has a great version you can reference.

Employees Are Your Best Advocates on Social Media

For those who like and follow Ad Council staff on social media, you know how much we like to promote our causes! By enabling your employees to be the voice of your organization, you can amplify your organizations' messages to a wider audience. Concerns? The Society for Human Resource Management (SHRM) has a great brief on Social Media in the Workforce: Issues and Strategic Questions .

The most engaging posts are ones that incorporate photos or videos. By using trending visuals you can further engage your audience and reach new targets. This month, GE launched a series of eleven ' Hey Girl, Thomas Edison Has a Crush on You' memes to reach their demographic on Pinterest. In the short time they were pinned they have nearly 11,000 followers!

Friends Share Their Friends With President Obama During the 2012 Election

Facebook-targeted sharing played a significant role in President Obama's 2012 presidential election. Through social media, the campaign was able to spread their messages to the hard to reach youngest voters. The campaign asked people to reach out to friends via an app to authorize the campaign to access their friend list. The ask? Friends asked their friends to register to vote, give money, vote or watch a video encouraging a Democratic vote. The results?

Nearly 85% of people listed without a phone number could be found in the friend lists of the 1 million Obama supporters who signed up for the app.

Below are a few companies that can assist you in growing and measuring your brand's voice online:

Smartphones are for Me Time

Today an estimated one billion people own smartphones. Before you implement a mobile program know how your target audience is using their smartphones. According to a 2012 study conducted by InsightsNow for AOL and BBDO , nearly half (46%) of all smartphone owners use their phones for "Me Time." This action refers to when a person is relaxing or entertainment (ie watching a funny video, reading a gossip website, playing solitaire, or even window shopping) with the outcome of having fun. So when creating mobile programs be sure to entertain your consumers so they will engage with your brand.

This blog post was co-written by Dana Vielmetti, Assistant Campaign Manager of the Ad Council.

As Vice President of Public Relations and Social Media, Lisa works on all aspects of public relations and social media to promote the Ad Council and its more than 50 public service advertising (PSA) campaigns to the advertising, media and philanthropy communities, as well as to the general public. Prior to joining the Ad Council in February 2008, Lisa worked as a Senior Communications Manager at the National Center for Missing & Exploited Children. She is a graduate of Roanoke College with a Bachelor's Degree in Sociology and currently resides in Washington, DC.