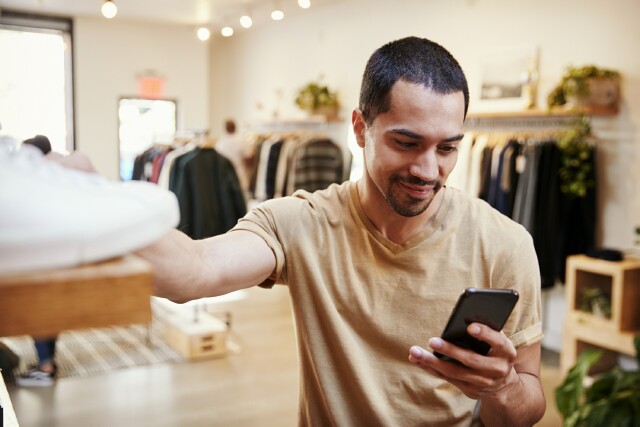 With social commerce on the rise, Publicis Media teamed up with Twitter and Bovitz Research to better understand how social conversation around brands and products influences purchases.

Findings in the study, "#LetsTalkShop," were somewhat surprising and help answer some important questions for marketers. They relate to how social media's influence has eclipsed e-commerce site reviews, how brand conversations have the power to change minds and impact consideration to buy and Twitter's role in brand awareness.

"All the platforms have a role in social commerce to move someone from discovery to purchase. The trick is understanding why you're investing in social for commerce," explained Amy Lanzi, Chief Operating Officer of Publicis Commerce, in discussing the report. It involved 9,600 respondents and focused on six leading social platforms across the U.S., the U.K., India and Mexico.

To appreciate the importance of the study, consider that the average daily time spent on social media platforms in the U.S. has reached over two hours, according to eMarketer. That's a big reason why Publicis conducts research about each social platform that it uses. YouTube, TikTok and Snap have been the focus of past reports, and each brings unique benefits and possible applications to the shopping experience, Lanzi noted. That's also true for Twitter, the most specific topic of the latest study. But it also drove home a broader understanding of conversations on social media.

One of its more striking insights relates to the impact of social media conversations on purchase decision making. Social brand conversation is replacing traditional reviews. The research showed that 92% of the people surveyed actively seek out comments about brands, products or services on social media. Social conversation was found to be more impactful than a more traditional online review on Amazon.

The study also made clear that Twitter serves a specific purpose for brands. "Twitter can be used to seed your message in the marketplace, so consumers understand why your brand is a better choice and how that brand serves the customer," Lanzi said.

The research pointed out that it's not just what is said about a brand on Twitter, but how it sounds. That may seem counterintuitive when we think of opinions expressed more generally on the platform. However, 86% of "very positive" conversations were considered memorable by the study's respondents, whereas only 49% of "very negative" conversations were considered memorable.

It also showed that three in four brand conversations result in more positive brand sentiment. And 60% of purchasers who recalled a conversation on Twitter said it made them much more likely to consider the product they ultimately bought.

Brand voice takes on a whole new meaning with Twitter, Lanzi noted. "The question brands must answer is: 'What is your voice, and how is your voice morphed by the platform?'"

By considering that, brands can figure out what they should be talking about on Twitter to help cut through the noise. One solution is to craft messages "in a way that is either a surprise or delight and help the consumer as a brand of service to feel better about themselves and make better brand choices," she said.

The implication, Lanzi noted, is to think old school, upper funnel and use Twitter to amplify brand awareness. "If you are always on and you always have this positive narrative, when it is time for me to actually make my purchase, your brand is what is top of mind," she explained.

Another finding might seem counterintuitive. Regardless of whether a tweet came from a well-known person or an everyday person, more than half of shoppers found the conversation equally impactful. "Social proof matters from someone you want to follow, but the notion that it has to be a power celebrity is broken," Lanzi said. She noted that people like to follow others who are similar to themselves.

At the same time, three in four respondents said that they trust what they see from and about brands on social platforms. What's clear from this research is that Twitter's role is early in the purchase journey and provides brands the opportunity to start the conversation and lead the narrative.

Read more about this research and other social commerce researchPublicis has conducted here.

Joanne Tombrakos has been calling herself a Storyteller before it was the trendy thing to do. A Digital-First Marketing and Business Strategist, Assistant Professor of Marketing at NYU and above all a writer she is considered a SME in content marketing, soci…