Something Is Happening in the Commentary Space 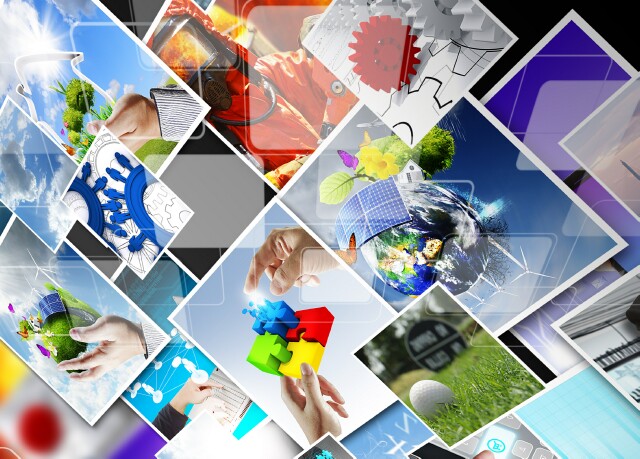 MediaVillage is pleased to introduce our new critical commentary on media news coverage by Erich Prince.  Published weekly, “News on the Record” will share behind-the-scenes insights and knowledge on the issues and realities confronting all of us who take the ethics, honesty and influence of media news seriously.

In the time since The New York Times published an opinion piece on the so-called “Intellectual Dark Web” in May, Quillette, arguably the standard-bearer of the space, has continued its march forward.  The readership of the Sydney, Australia-based online magazine has nearly doubled since May, as prominent intellectual figures have praised the magazine for its commitment to covering some of the sticky topics that many mainstream publications have recently steered clear of.  Founded in 2015 by Claire Lehmann, a grad school early leaver, the magazine has risen from a niche publication in a corner of the internet to become a major hub of thought.  Its number of Twitter followers is rapidly rivaling or surpassing that of The Week, The New Republic, Harper's Magazine and midsized-city newspapers such as The Des Moines Register or The Providence Journal.  Politico magazine, keeping up with the buzz, included a 3,500-word feature on Ms. Lehmann in its November/December 2018 issue.  And flipping through The Wall Street Journal as of late, one might encounter an op-ed author’s biography to read that so-and-so is “an editor at Quillette.”

As this New York Times op-ed so poignantly argued, Quillette is just one example in a sea of new cerebrally minded media outlets that have been picking up steam on the web.  And this media movement is not just confined to online journals.  Ben Shapiro and Dave Rubin, two media personalities often associated with the “Intellectual Dark Web,” have witnessed their respective podcast and YouTube series balloon as well.  Shapiro logs more than 15 million downloads per month, and Rubin’s Rubin Reporthas grown nearly 32% in its number of YouTube subscribers since May.

From Shapiro, an ardent Ted Cruz supporter, to Areo magazine editor Helen Pluckrose, whose Twitter bio reads that she is a “secular, liberal humanist” to Rubin (the Democrats left him, he might say), the content-makers behind these media projects come from political factions of all sorts. To this effect, Bret Weinstein, the Evergreen State biology professor pressured to resign for opposing a minority walkout day at his school and a newly-minted member of the “Intellectual Dark Web,” tweeted just before New Year’s Eve:  "In 2018 we turned a corner -- the phony narrative began to give way.  The left isn't dead.  It is fiercely divided.  And the center isn't about centrists or centrism.  It is where good faith players of every stripe come to discuss the tensions that shape society."  Weinstein, a vocal Bernie Sanders supporter, finds himself to have some unlikely bedfellows in this media movement, from conservative feminists to left-leaning libertarians.

So where does the hunger for these platforms come from?  Sure, some of it comes from the quality of the writing.  Perhaps some of the interest lies in the topics of coverage, which touch on the perennially interesting subjects of social issues, gender and the campus ideology wars that have dominated headlines in recent years.  But, in reality, the popularity of these publications is likely a product of these times.  With the media and political landscapes increasingly moving towards mudslinging and hot takes, Quillette, Areo, and the thinkers who support them are looking to provide an antidote.  Perhaps this is the reason their critics have labeled this group of publications and thinkers as “reactionary.”

And how does this group of publications (and media projects) make their money?  Unlike some of the other political magazines, like the now-defunct Weekly Standard, which relied heavily on the generosity of a phenomenally wealthy patron or two, these outlets take a page from the crowdfunding model of the 21st century, which is, perhaps by no coincidence, also coming to prominence in the political realm as well.  Like The Guardian, they ask for the financial support of their readers.  And they’ve been getting it.

But their money-making remains linked to their ideology.  Some are not agnostic as to the source of their funding.  Similar, perhaps, to the dream of the divestment movements at universities, Rubin and Jordan Peterson (a thinker who has been a big help to Quillette) decided to leave Patreon in late December after the platform removed the page of a British commentator who had used a racial epithet.  Alleging that Patreon was guilty of political discrimination, Rubin and Peterson decided it was worth upsetting their comfortable revenue streams and taking their business elsewhere.

Although the readerships of Quillette and the like are still far from those of the so-called papers of record, their rise while others are falling has some interesting lessons to teach us.  Quillette’s bounce rate, according to Amazon’s Alexa data, continues to beat out that of other publications, from politically oriented outlets like Roll Call to more long-form magazines such as The Atlantic or The New Yorker.  Rapidly flying in the face of those who say the news industry is marching steadily towards clickbait, at these sites, to get to the bottom line, one might actually have to read the entire piece.

But more than anything, their rise must be seen in context.  Malhar Mali, the founder of Areo, described its founding on November 22, 2016 as a distinct response to a polarized media climate.  Seeking to offer a response to “Huffington Post and Breitbart,” Mr. Mali, like Quillette, emphasized free and thoughtful exchange, with a touch of the controversial.  These publications, like any, aren’t entirely removed from self-selection according to political bias as more and more conservative writers have been congregating at Quillette and liberal writers at Areo. Nevertheless, their unexpected growth tells us that there is still a hunger for the thoughtful and the feather-ruffling, even when such isn't betrayed prematurely by a headline or a feature photograph.