Spaceman: An Astronaut's Guide to Quarantine and Social Distancing 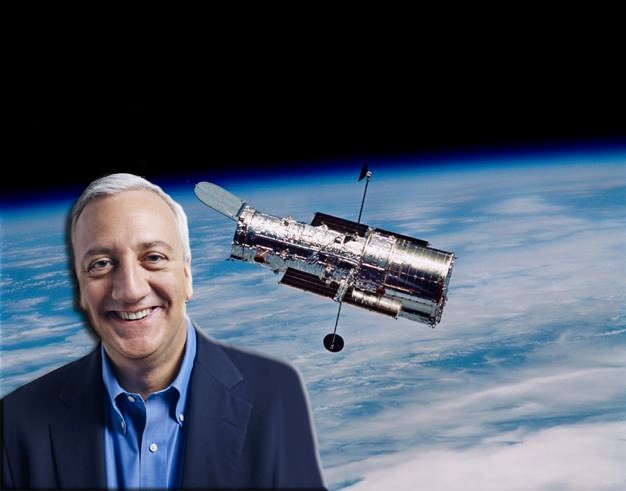 As a veteran of two NASA space flights, no one knows more about social distancing than Mike Massimino (pictured at top). It's something he experienced first-hand and well before it became a societal requirement. Massimino, the first person to tweet from space and author of SPACEMAN:An Astronaut's Unlikely Journey to Unlock the Secrets of the Universe, is just one of the many esteemed names appearing in the Science Channel special Hubble: Thirty Years Of Discovery airing this weekend, a celebration of the thirtieth anniversary of NASA's groundbreaking Hubble telescope. The two-hour special recalls the remarkable story of one of the greatest, and most influential, pieces of technology ever made and is something Massimino will be watching, at home, as he experiences self-isolation on earth. "There are a lot of comparisons [going to space] to what we are all now experiencing," he explained in an exclusive interview with MediaVillage. "We went into quarantine the week before each flight as we didn't want to get sick, which was a major concern. The first thing was just trying to stay healthy or we couldn't have gone into space and done our job, Now it's a much more serious outcome, but there are parallels, in the sense of washing your hands, staying away from people and keeping a distance. Those are things we'd practice before our flights.

"The other part of this, the isolation of being alone, we learned you can't control that. But if you can, try to embrace it. In space, you're having wonderful and extraordinary experiences, but you miss things at home like your daily routine and family. All you can really do is make the best of it. Staying fit and maintaining morale are also really important, as are all the things we practiced for expeditions on earth to get used to this sort of thing." Massimino admitted the best way to cope with isolation is "maintain a schedule, keep up with good hygiene, be good to yourself, and exercise. All are important factors in mental well-being. But most of all, take a moment to enjoy the beauty around you. In space, you could do that through a window," he said. "Earth is a beautiful planet, so, go outside, keep your distance and all of those things, just don't forget we have a beautiful place to live on. Also having meaningful work is important. It might be different from the way you were doing it a couple of months ago, but even a hobby is meaningful."

Another thing Massimino finds meaningful is this Science Channel special. He told me that everything from Hubble's inception to creation makes for fascinating television. "It's really well done and, along with five other astronauts involved, I was delighted to be part of it," he shared. "It doesn't look at it just from an astronaut's perspective; it also covers the science and engineering, what Hubble can do, and how when it finally did launch it couldn't see very well. They had to create glasses, more or less, to correct its vision."

"I believe the telescope is the greatest piece of scientific technology ever built," he added. "Its discovery potential can't be matched by any other telescope. Looking at the universe through the atmosphere is almost like looking at something from underwater -- it's all blurry. Having Hubble above the atmosphere made everything clear and that was the dream of astronomers for years. It won the Nobel Prize for its discovery of dark energy and has shown the beauty of what's out there for everyone to enjoy."

Beyond its discoveries, Hubble is a testament to engineering. The fact it hasn't been serviced in 15 years and continues to survive is astounding. However, with the Space Shuttle program permanently suspended, Hubble's future is unknown. "It's most likely game over should something happen to it," Massimino explained. "There are no planned servicing missions but we are flying spaceships again shortly, so we'll have the capability to fly to a low orbit and beyond. I don't think it's totally impossible for us to go back, although there is no funding."

He continued, "If it were to have a failure it would stay in orbit but wouldn't be useful as a science instrument. There is a contingency plan to rescue it, so it wouldn't just fall to earth. A rocket motor would be launched with people on board to guide it back to earth, although a lot of it would burn-up on re-entry and end up in the ocean."

Should things come to that, Massimino is ready to volunteer admitting, "I dream about going back up there and I'd love to do it". In the meantime, the first person to ever tweet from space is sharing his own journey to becoming an astronaut via a new book aimed at young readers entitled SPACEMAN: The True Story of a Young Boy's Journey to Becoming an Astronaut (an adaptation of his earlier best seller). "It covers things I learned in my education and my dreams of wanting to be an astronaut," he shared in closing. "I was rejected three times, so I talk about teamwork, what it's like working on the telescope, my mistakes, and how important it is not to give up. Both the book, and this special, are bursts of inspiration when we all need it most."