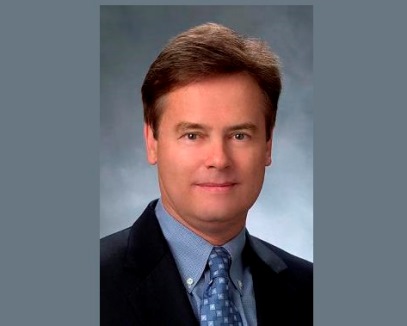 There were a record 70,000 people attending Mobile World Congress this past week. MWC is a gathering of operators and the ecosystem players supporting them, including handset manufacturers, equipment manufacturers and software and services providers.

In a much bigger sense, MWC is a snapshot of the most dramatic inflection point and disruptive event in human history. The mobile wave is washing over the entire world, and by 2018 ninety-two percent of the world will be covered by mobile. Nokia says, "all you need is a phone number and a mobile device to participate in the information economy."

The last five years have seen the fastest technology wave, moving from 2G & 3G to 4G, with AT&T seeing a 30,000% increase in mobile data traffic growth in the last six years.

This trend has already impacted our personal and professional lives. Telefonica offers interesting statistics to support these statements:

· 70% of people check their phones at least once per hour

· 66% of people sleep close to their phones

· 26% of people check their phones at the dinner table

The Speed of Change

It took 22 years to reach two billion connections and it will take six years to reach the next two billion connections. The GSMA projects that data revenues will surpass voice revenue by 2018. Internet usage will double by 2015. The doubling of Internet access will create 64,000,000, jobs according to the CEO of Qtel. He points out that "mobile broadband is not just economic; it has social and political impact as well." Qtel is one of the largest operators in the Arab world.

GDP growth is proportionally correlated to broadband penetration. A ten percent increase in mobile data penetration increases GDP between 1.21% and 1.38%. Mobile is set to impact the masses in Africa. Only one-third of the African population has a mobile phone. Africa's wireless usage is the lowest in the world and thus has the greatest growth potential. Innovative mobile programs, such as Nokia Life Tool, have the potential to address low literacy levels in the MENA area, which is only 23% literate.

The Rise of New Industries

There are several areas of mobile transformation that will touch every part of the economy and society. Here are the industries:

1. Security - Mobile security will be an increasing issue. The average user has 26 accounts and 5 passwords. Secure authenticated services are critical to the future of mobile. Business, banking, commerce, government, health care, education and much more will flow through the mobile pipe. The ability for secure and privacy compliant communications will be critical for mass adaption.

2. Connected Cars - according to JD Power, the majority of new car consumers will not consider a new car unless it can accommodate their phone. Last year, Bill Ford, Chairman of Ford, projected 4 billion cars by 2050. This year, Steve Grisky, General Motor's Vice Chairman, said that GM will offer LTE connectivity for cars in 2014. He said, "no one will do this as quickly as us." Ford had an entire booth dedicated to its connected car at MWC.

3. Mobile Wallet - Visa, MasterCard, dozens of start-ups and operators showed their ideas for m-commerce. MasterCard announced Masterpass, which pulls together cash payments and those made with a mobile device. The trials will start in Australia and Canada.

4. Mobile Health - Many experts predict billions in savings, with innovations in compliance, remote treatment, health monitoring, elder care. The cloud is an area of opportunity for mobile operators. NTT DoCoMo has embraced mobile health and is changing its business model away from being platform focused toward a company providing mobile services. The new business will focus on media, commerce, M2M, finance/payments and health.

5. Mobile & Cloud Based Business - Cloud computing will replace mobile on device computing by 2015. The cloud is an area of opportunity for mobile operators. Joachim Horn, CTIO of Tele2, described the cloud as "one of the few hypes that has real substance." He said the benefit of the cloud is that it offers economies of scale, accelerated time to market. The network build out to support the cloud will be a boom to companies like Ericsson and Nokia Siemens.

6. Machine to Machine (M2M), - Machine to Machine will bring enormous productivity gains. There will be an estimated 50 billion M2M connections by 2020, according to T-Mobile. M2M will play a big role in five industries, over the coming years:

Dan Hodges is President of ChaCha Search, Inc. Dan can be reached at dan.hodges@chacha.com