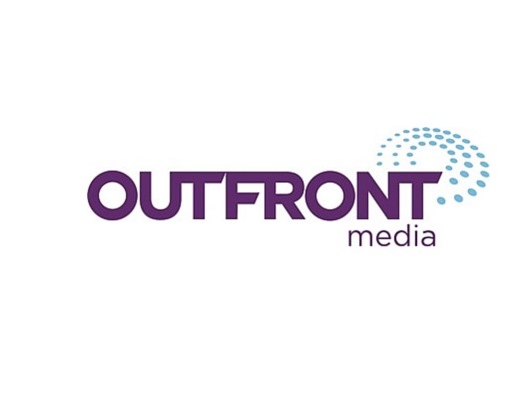 Mobile and out-of-home are rapidly converging and have become increasingly complementary of each other. The on-the-go nature of mobile users blends well with the out-of-home market, and opens up new key marketing opportunities for brands and marketers that are prepared and adept to leverage the power of this synergy.

Consumers are spending larger portions of their day outside the home and are increasingly using their mobile devices during this time. It’s the mobile-mobile connection! These trends are supported by two key findings:

Most significantly, in a 2014 survey of time spent on five major media in the US, mobile was the only medium which posted an increase in time spent, and a considerable one at that. From 2009 to 2014, time spent on mobile increased from 4% to 23%. [3]

This large increase begs the question: What is accounting for more time spent on mobile? To start, consumers’ viewing habits have changed. They are consuming media on-the-go regularly, whether it be binge-viewing their favorite show on their tablet or catching up with the latest news on Twitter. Additionally, traditional and online retailers are experiencing a major surge in mobile commerce, with half of ten major retailers already reporting a larger mobile consumer base than a desktop one. Moreover, 57% of Target’s customers only use mobile to digitally purchase products. Additionally, the growth trajectory of mobile commerce is particularly striking. While it represented $25 billion in revenue in 2014, mobile transactions are expected to grow eightfold in 2018, and two thirds of those transactions are very likely to occur when those consumers are away from home. [4]

Mobile has experienced tremendous growth across many different functions, including video consumption, search and commerce, and across many diverse industries, including banking and retail. The convergence of these elements enables static billboards and transit displays to have a large impact on branding, and affords marketers and brands using those media mass audience exposure leading to substantial activation.

Consumers have exhibited an interest in more fluid experiences in the out-of-home market that transition seamlessly from mobile and/or online to out-of-home and vice versa. In fact, consumers have been seeking and embracing a greater role in shaping and co-creating content in the digital out-of-home market, which smartphones and tablets are well equipped to provide. The sharing of photos, stories and other experiences via mobile devices in public places has become much more common in recent years. In this context, the application of user-generated content in digital out-of-home campaigns incorporating mobile can be particularly effective. This was illustrated by the success of Tropicana’s “#worstmorningever” campaign, launched in 2014. Digital displays in New York City motivated consumers to tweet in their worst morning ever, using a designated hashtag. Top tweets were pictured on the screens adjacent to Tropicana’s positive outlook on the scenario. This engagement effectively bridged the digital and physical world while also creating a contextually relevant and hilarious campaign.

In addition, mobile device location data is drastically improving how advertising messages are targeted. The rise of location based marketing opens new doors to seamlessly deliver the most relevant message, based on the context of the location and the audience present. Based on this data, advertisers can now deliver targeted mobile messages, triggered by location, that are directly linked to the physical out-of-home asset. In this way, mobile again provides the bridge between the real and virtual worlds. The tie between the two mediums will only strengthen as they continue to use shared location data set and audience definitions.

In light of these developments, brands and marketers are more closely integrating mobile and out-of-home in omni-channel marketing campaigns that have a longer lifespan and broader reach. The close connection between mobile and digital out-of-home marketing is particularly evident in such practices as “showrooming” in stores.

The marketing impact of marrying out-of-home’s large screens with mobile’s small screen has become abundantly clear. Data has emerged proving that out-of-home advertisements have the power to drive search and sales for brands; with 58% of people searching the web and 38% buying a product after viewing an out-of-home ad. Moreover, adding out-of-home to a mobile app media plan can increase audience reach by 318%. [5] Major innovative brands like Apple, Google and Microsoft understand this and have employed out-of-home in both traditional and new ways to reach special target audiences and expand their experiential marketing efforts in public places. Key startups like GitHub and Dice and apps like Seamless and GrubHub are also using out-of-home successfully as a brand building medium. These signage campaigns are aimed at inducing customers to activate the accounts and services of those companies in stores, restaurants, concert halls, subways and other out-of-home locations.

The symbiotic role between mobile and out-of-home marketing is clear. A brave new world lies ahead for marketers and brands that can grasp and exploit the larger significance of mobile in the out-of-home world. The target audience is already there, out-of-home is Outfront in all the right venues, and smartphones are in hand, ready and waiting to interact with the brand.