“Star Trek": CBS Boldly Goes Where It Has Not Gone Before

By Simon Applebaum November 10, 2015 Tomorrow Will Be Televised Archives 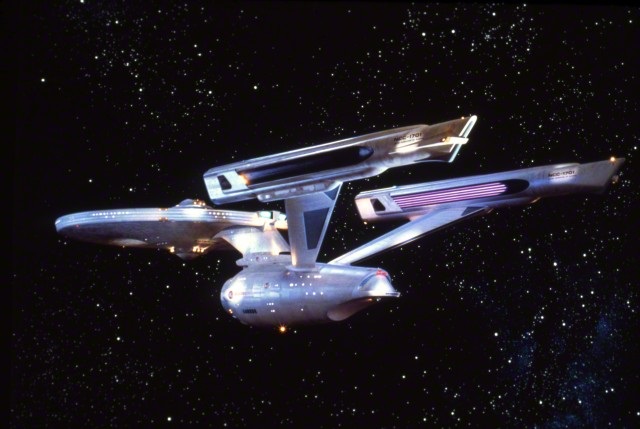 The headline last week was the talk of the television industry. Then came the fine print, and that's what a lot of people will talk about and debate this week and beyond.

The headline: Star Trek, one of the most iconic series in television history, will return in a new version January 2017 via CBS. The fine print: The first episode will run on CBS, but the rest will play on CBS All Access, the streaming service you can primarily catch for $5.99 a month on smart TV sets or devices which smarten TVs up, such as Roku, Chromecast and Apple TV.

CBS chief Leslie Moonves pushed the fine print even further last Tuesday afternoon while reporting his company's latest quarterly earnings. When financial analysts asked about the motivation behind reviving “Star Trek” and placing it on CBS All Access, Moonves acknowledged that “Star Trek wouldn't be the only original series running on the service. What's more, Moonves added without offering any insight on the motive analysts asked for, that CBS is exploring other production deals for All Access originals.

Here's the headline you should take away from all this. Just more than a year after All Access' debut, CBS wants to turn this venture into a full-steamed Netflix rival, matching stride for stride that organization's drive to be the universe's biggest original content maker. “Star Trek” represents the first volley of this campaign. You better believe this will be topic one for an audience of investor reps and journalists when Moonves appears at UBS' global media and communications conference in New York next month.

We'll have plenty of time to monitor, review and opine how this elevation of All Access from new window of current and off-net shows to exclusive first-run showcase works out. For now, two questions stand out.

How will the other broadcast networks counter this? At the moment, ABC (through parent Disney), NBC (through parent NBCUniversal) and Fox are involved with Hulu, which is getting more attention as an alternative to Netflix with such originals as “Difficult People,” “Casual” and “The Mindy Project.” Do all three broadcast nets and their parents double or triple-down on Hulu investment to steer possible All Access originals their way?  Or does each net determine there's only one workable countermeasure, and that's organizing their own wholly-owned/controlled service?

What say you, CBS affiliates? Are you all in with only having the first “Star Trek” episode running on your station in January 2017 and then bidding farewell to the franchise? Talk about silence being deafening. A week after the announcement, there has not been one public statement from them about this call.

Wouldn’t you love to be a fly on the wall of their conference rooms, or conference calls, during the back and forth on this?

Keep in mind that as far as we know, these affiliates will at best be the second window for All Access originals. Will it be enough for them to get a revenue share out of All Access and be quiet about not having these originals first? Or, if an affiliate is part of a big station group like Sinclair, is this rationale to demand more from CBS or threaten to break off the network?

While carving out a new TV life form, CBS may find out there's a price to pay. We'll see.

Until next time, stay well and stay tuned.