Starbucks Is Offering Digital News With Its Coffee 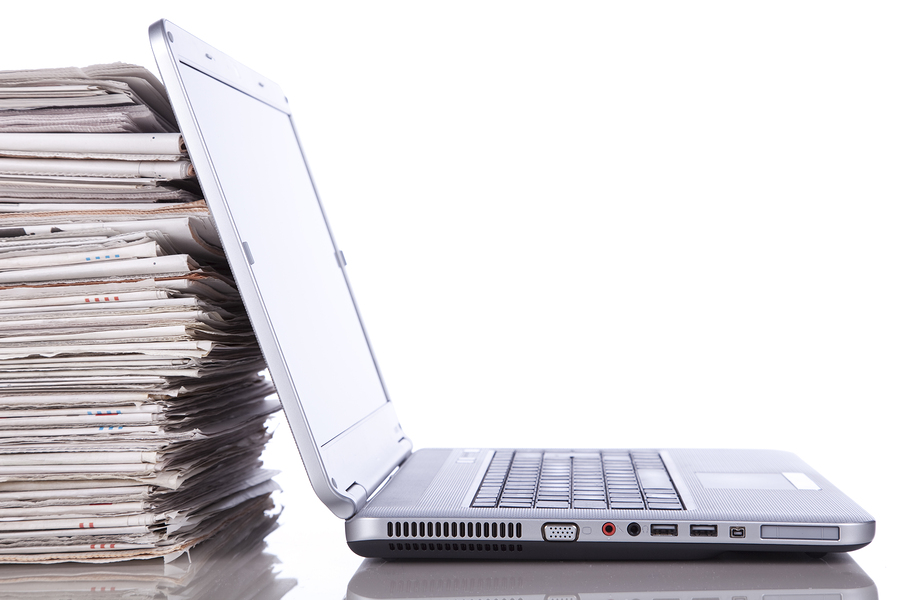 Starbucks is nearly three months into its experiment of offering complimentary digital news subscriptions to its customers while inside its stores. Beginning in September, Starbucks discontinued selling print editions of newspapers across its 8,600 American stores, as a result of both theft and the company seeking to reexamine whether to continue selling those products where profits were lacking. But in October, Starbucks announced that it would — for a limited time — offer complimentary digital subscriptions to a number of newspaper, including The Wall Street Journal, Barron's, and USA Today, as well as Tribune Publishing–owned newspapers such as The Baltimore Sun and Orlando Sentinel.

Starbucks' introduction of on-the-house digital news is closely linked to the coffee chain's desire to brand itself as a "Third Place." Its goal is to encourage customers to make Starbucks the place where — third only to their homes and workplaces — they spend the most time.

Much of the analysis surrounding Starbucks' decision has focus on the well-documented reality that digital news subscriptions are continuing their long-standing ascent relative to print subscriptions. But, the more interesting question is whether Starbucks' new policy will serve as the beginning of a trend where a number of businesses — particularly those already known for offering customers complimentary Wi-Fi, cable television access, or other digital perks — will follow Starbucks' lead and also begin to offer digital news free of charge.

As Tribune Publishing chief marketing officer Mark Campbell suggested when he said that "...we are implementing many initiatives to expand our digital readership and subscriptions and are excited about this partnership [with Starbucks]," perhaps the hope is that this Starbucks partnership will be the first of many.

Providing complimentary digital news subscriptions is already standard at a number of institutions, from universities to select public libraries to high schools. However, at present, this is still far from the norm at most businesses or public venues. Just as Starbucks gained considerable notice when it announced in 2010 that it would provide free Wi-Fi at all of its stores, this digital news decision may be yet another step in the trend of businesses, particularly retailers, providing greater degrees of digital extras to their customers.

Free on-location Wi-Fi is now expected at shopping malls, airports, hospitals, and many businesses. But going a step further and, say, providing digital news is still rare. Businesses previously known to offer print newspapers and magazines (either complimentary or for sale), such as Starbucks, may be the logical starting place. This includes businesses from hotels such as Marriott (long known for its copies of USA Todayoffered to guests) to salons (which typically provide a range of print periodicals in their waiting rooms) to airlines such as Delta Airlines and Southwest Airlines, which routinely offer complimentary entertainment — including cable news delivered via satellite — on many of their flights.

As Campbell's remarks regarding Tribune Publishing and Starbucks' agreement suggested, partnerships between such businesses and publishers would, of course, present another possible path towards profitability for news outlets struggling to stay above water. This is particularly the case for news outlets that have been shifting more towards a subscription-based revenue model, as opposed to one grounded in advertising.

Although The New York Times, for instance, has reported a healthy growth in paid subscribers throughout much of 2019, there's no doubt that, for some share of consumers accustomed to advertising subsidizing their news consumption, paying to read news and commentary — no matter how well its done — simply is not palatable at present. That's where Starbucks or other potential retail stores may come in, particularly if they continue to provide subscriptions to the deluxe publications such as the Wall Street Journal and Barron's.

Of course, presupposing this entire conversation about subsidized digital news subscriptions — whether they come from universities or coffee houses — is the assumption that an increasing number of publishers will continue to implement paywalls. As Nickl's Sumorwuo Zaza and others have argued, this is not necessarily a future certainty, even if it may be in vogue at the moment. However, if other news providers begin to join publications such as the New York Times, the Wall Street Journal, and The Atlantic in doubling down on either full or metered paywalls, there will certainly be a draw for some customers to opt to visit businesses such as Starbucks, which provide that news free of charge.

Time will tell if Starbucks' free digital news subscriptions — like many originally temporary offers or programs — will indeed become permanent. In the meantime, Starbucks' decision serves as an interesting test case for a very possible future in which two things happen: 1. the majority of news providers continue in this direction of relying on subscription-based revenue and, thus, paywalling their content; and, 2. thrifty consumers of news elect to patronize businesses that offer free subscriptions to their customers.

Just as T-Mobile has been known to throw in Netflix subscriptions with some packages, something similar could happen with news.

Lastly, should more companies — retailers or otherwise — follow Starbucks' lead, it might do something useful for journalism at-large, beyond just helping to pay its bills. Similar to how the Internet, as it has become so widely available and all but expected, is now considered a public good and, in some more liberal interpretations, even a "human right," perhaps digital news, particularly the currently paywalled newspapers of record, becoming as accessible as a Wi-Fi hotspot might do something similar for how a society conceives of the role of journalism.