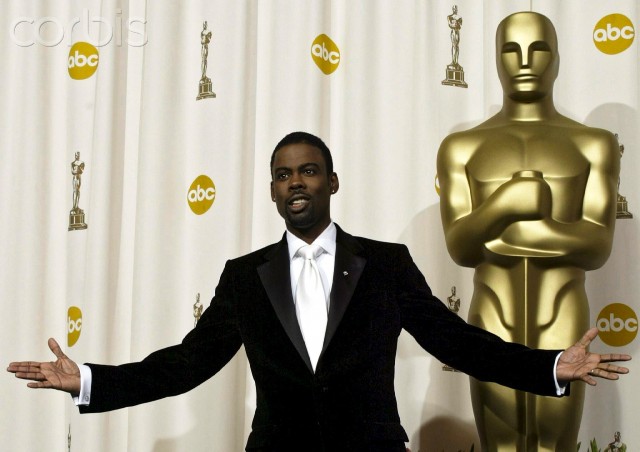 And the Oscar for best advertising effort during the 88th annual Academy Awards goes to ... Girl Scout cookies!

It's appropriate in such a topsy-turvy year for the Oscars that the outstanding pitch during the ceremony - far too long, again - came from folks who didn't actually buy commercial time from ABC during the broadcast. When host Chris Rock urged audience members to pony up for cookies being peddled by young women from the Girl Scouts of Greater Los Angeles, he outdid the just-folks promotional moment during the Oscars two years ago when host Ellen DeGeneres ordered in from Big Mama's & Papa's Pizzeria.

The 2014 ceremony, of course, also is recalled for the selfie that shook the marketing world, which DeGeneres took with a sponsor's smartphone, the Samsung Galaxy Note 3. Samsung was back Sunday night, with multiple commercials for a new product, the Galaxy S7 Edge; the best of those spots featured cameos from stars such as William H. Macy, Wesley Snipes, Lil Wayne and James Harden.

But bad luck befell Samsung later in the broadcast when Rock made a lame joke, introducing three Asian-American children as the Academy's accountants from PricewaterhouseCoopers. As audience members groaned, Rock suggested those who were upset could "tweet about it on your phone that was also made by these kids." Cut to a commercial for - yes, unfortunately - Samsung.

The best thing that can be said about the Oscars commercials is that they weren't like the commercials that ran during Super Bowl 50. Those spots were widely deemed forgettable, falling far short of the high expectations viewers had for ads appearing in the 50th Big Game.

Of course, the public doesn't have anywhere near the anticipation for Oscars commercials as it does for Super Bowl commercials. But because the Academy Awards are the year's most-watched honors ceremony - even if, like this year, the ratings fell to disappointing levels - advertisers try to craft Oscars messages that go above and beyond everyday ads.

Many of Sunday's better spots borrowed a page from the diversity debate that has been roiling Hollywood. Take, for instance, a commercial for Bud Light, part of the "Bud Light Party" campaign introduced during Super Bowl 50. The new Bud Light spot presents Michael Peña, Seth Rogen and Amy Schumer, likening America's status as "a nation of immigrants" to a wide-ranging menu of ethnic edibles: "a Korean taco of togetherness," "an everything bagel of unity," "a gumbo of co-existence."

Perhaps the most charming commercial of the night was from Android, part of an ongoing campaign that carries a now-timely theme, "Be together. Not the same." The spot offers a new look at the old children's game of rock, paper, scissors, set to the uplifting tune from the movie "St. Elmo's Fire."

Also making an impact was a series of spots from Cadillac, the next chapter in the "Dare greatly" campaign that made its debut during the 2015 Oscars. This batch of commercials uses a gorgeous mosaic of youthful achievers to illustrate the theme "Only those who dare drive the world forward"; for example, a teenage chef, Flynn McGarry, declares, "Don't you dare play with your food."

There was a more predictable paean to diversity in a commercial for Neutrogena, in which the actress Kerry Washington asks, "What makes a woman beautiful?" The answer: "Beauty is the ability to look in the mirror" and "see what's possible." And if you look on Twitter, you'd see the inevitable hashtag extension of the spot, #SeeWhatsPossible.

One aspect of the Oscars commercials that mirrored the Super Bowl commercials was borrowing interest from famous faces and voices. Given that movies are often put over by such stellar talent in their casts, it makes sense that ads during the Academy Awards take the same tack. There is, though, a risk in that approach: viewers may not recall which stars they see in the spots and which stars they see in the audience.

In addition to Samsung, Bud Light and Neutrogena, other advertisers sprinkling stardust as they sold included American Express, with Tina Fey; IBM, with Carrie Fisher and Ridley Scott; and Kohl's, with the celebrity voices of Jeff Bridges, Penelope Cruz, Whoopi Goldberg and Cuba Gooding Jr.

The intent of the Kohl's commercials seemed to be brand-building and image-buffing rather than moving merchandise. They might have been even better if they'd more directly called out products that shoppers can buy at Kohl's stores.

As the Best Picture winner proves, there's nothing wrong with a well-shone spotlight.