Stuart Elliott: An Anniversary for a Fabled Marketing Flop 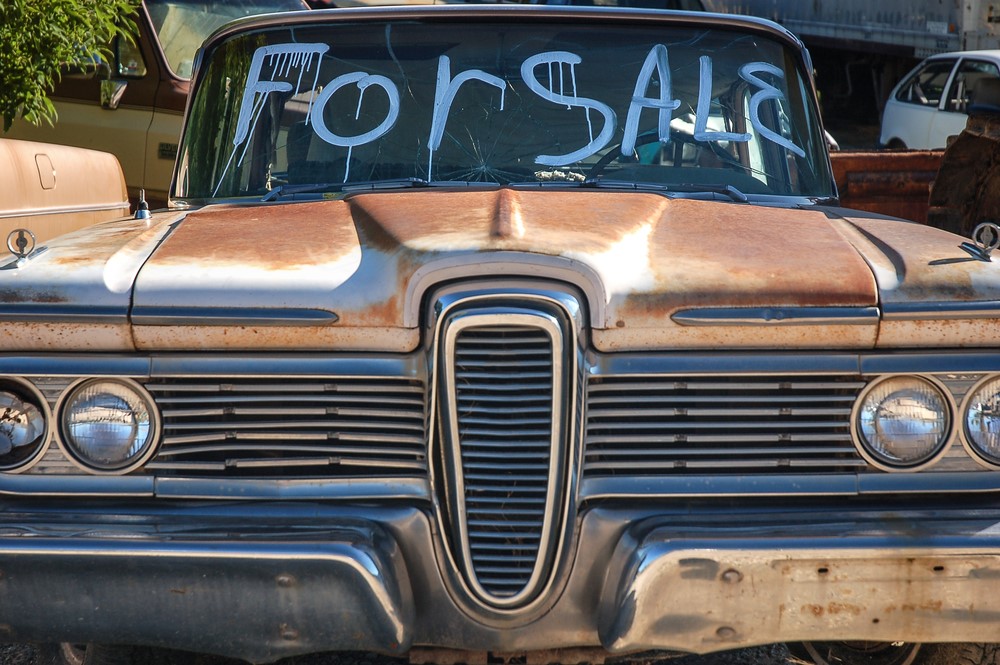 One of the most famous product launches ever is about to mark a milestone anniversary -- but don't expect much celebrating on Madison Avenue.  That's because the product is the Edsel, widely considered the biggest flop in the annals of consumer marketing. Though the Edsel made its debut almost six decades ago, when Ford Motor brought out the car line on "E-Day," Sept. 4, 1957, its notoriety continues to this day; Edsel remains an ad-business Waterloo, a synonym for an epic blunder or American corporate failure. (Hat-tip to Reminisce magazine, published by Trusted Media Brands.  An article in the July issue about "the ill-fated Edsel" reminded me of the upcoming anniversary for the brand, which sold fewer than 110,000 cars -- about a quarter of Ford's goal -- before the poor Edsel was put out of its misery in November 1959.)

To be sure, there have been scads of other colossal foul-ups by marketing mavens. Examples include New Coke, the DeLorean and Premier "smokeless" cigarettes in the '80s; the Apple Newton and Olestra "fake fat" in the '90s; the Microsoft Zune and HD-DVDs in the '00s; and, recently, the Samsung Galaxy Note 7.  But the Edsel remains the best of the worst, you could say, because it offers myriad lessons for peddlers of contemporary products.

First, the Edsel is a reminder of the foibles of market research and those paid to interpret the results.  There was a massive gap between the original concept for Edsel, as a new Ford brand for "the younger executive or professional family on its way up," and the actual cars.  The idea had been to position Edsel to compete against popular mid-market and upper-market Ford rivals such as Pontiac, Oldsmobile and Buick, sold by General Motors, or Dodge and DeSoto, from Chrysler.

But shoppers were confused by ads describing Edsel's 18 models -- in retrospect, too many to introduce at once -- as priced "from just above the lowest to just below the highest."  Huh?  And a lot of Edsels wound up costing about as much as cars from another Ford division, Mercury.  Why gamble on an untried Edsel when you could opt for a known marque?

Executives at Ford also paid scant attention to research that suggested potential customers were turned off by the car line's name -- a tribute to Edsel Ford, son of founder Henry Ford and father of then-CEO Henry Ford II -- because it sounded like "pretzel" or "hard sell."

Speaking of the hard sell, so in vogue during the Fabulous Fifties, the Edsel embraced it with as much zeal as a million Mad Men.  "They'll know you've arrived when you drive up in an Edsel," promised the headline of a print ad from the Edsel creative agency, Foote, Cone & Belding, in the status-seeking kind of spiel that soon was to be undercut by breakthrough campaigns from challenger brands such as Volkswagen ("Think Small").

Other Edsel ads sounded out of breath, with lines like, "Dramatic Edsel styling leads the way -- in distinction, in beauty, in value!" and "It shows them all what new really means -- outside, inside and on the road!"  Alas, the features Ford equipped the cars with, such as Teletouch Drive push-button gear-shifting, didn't live up to the hype, nor did the styling, particularly the odd horse collar grille famously mocked by Time magazine as resembling "an Oldsmobile sucking a lemon."

The chasm between the Edsel image and the Edsel reality -- there were quality-control problems as well -- proved fatal.  It wasn't the first time that consumers figured out the hucksters were trying to sell them a pig in a poke, but it happened during a decade when the Big Three U.S. automakers were national heroes.  The realization that the emperor was wearing no clothes, and driving an Edsel, was a game-changer.

The Edsel might have survived being over-priced, over-chromed and over-promoted were it not for two big events over which Ford had no control, emblematic of the truism that even the most skillful marketers can't plan for everything (or, as Julie Chen would put it, "expect the unexpected").

One, the Edsel had been on the drawing board during a mid-'50s boom in the American economy, but a recession that began in 1957 depressed interest in higher-priced cars.  A year after "E-Day," the hottest car around was a value-friendly compact, the Rambler American, while the full-sized Edsel languished on dealer lots.

Two, a month after "E-Day," on Oct. 4, 1957, the country's mood changed when the Soviet Union sent a satellite named Sputnik into space, taking the Cold War into uncharted territory.  A funny-looking new car with Teletouch Drive suddenly seemed frivolous at best, maybe even wasteful; critics pointed to the Edsel as a symbol of America's misplaced priorities.

Throw in the huge sums Ford spent to develop and promote the Edsel -- $250 million to $400 million in 1957-59 dollars, valued at more than $2 billion today -- and it's no wonder the brand continues to be shorthand for "marketing debacle," a case study in What Not to Do.

So, on September 4, raise a glass -- maybe not a big glass, and maybe fill it with Martinelli's Sparkling Cider instead of Champagne -- to "E-Day." Now, "E" can stand for "Educational."

Editor's note: Look for the next Stuart Elliott Report on Wednesday, Sept. 6.