Stuart Elliott: As Christmas Nears, Sears Faces the Harder Side of History 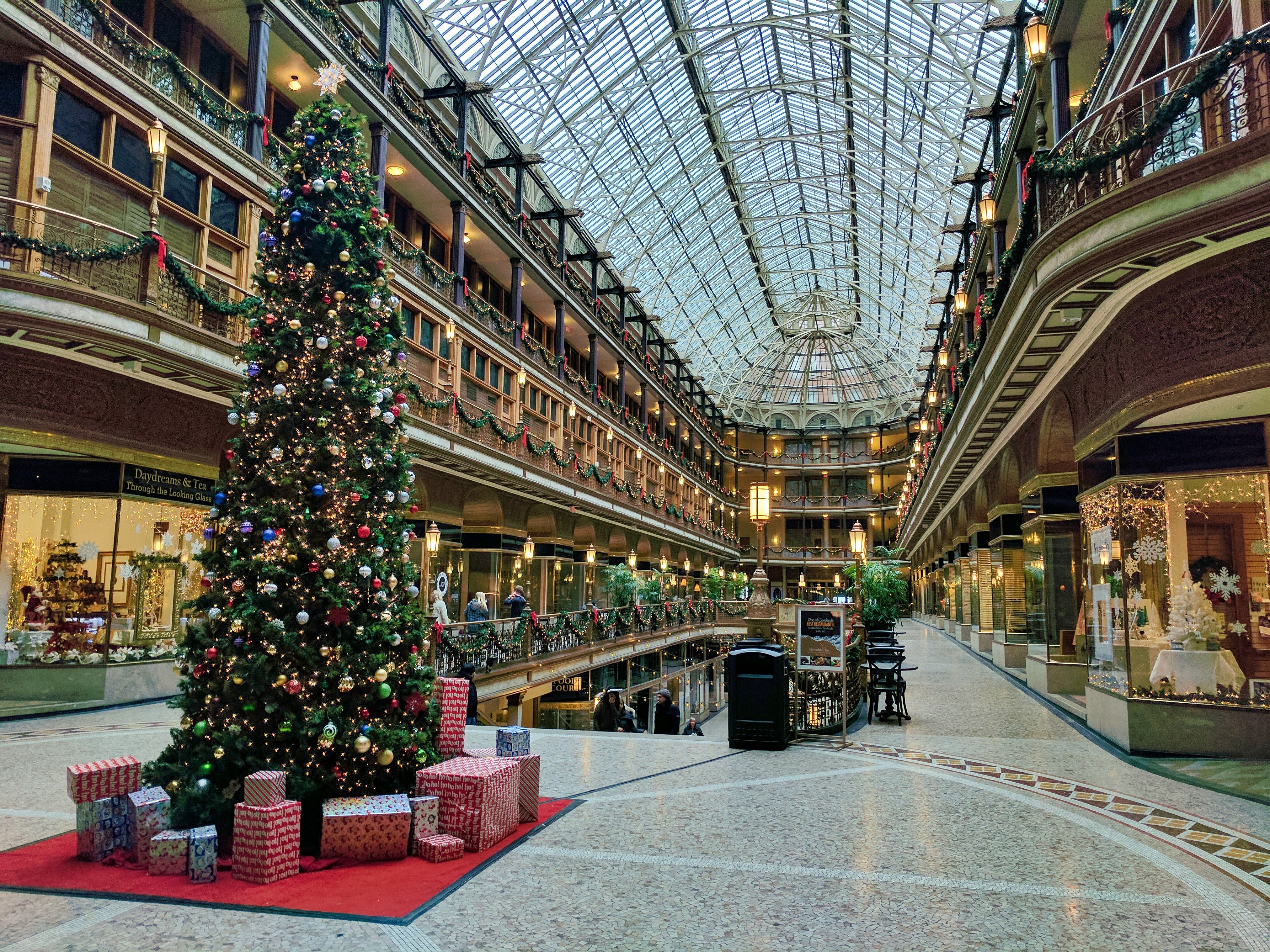 Now that Halloween is behind us, it's time for Madison Avenue to focus on the mad dash to the finish line, i.e., Christmas.  The National Retail Federation is predicting that Americans will spend from $717 billion to $721 billion during this holiday shopping season, a gain of 4.3 to 4.8 percent from 2017.  That would bring glad tidings for quite a few media companies and agencies, eager for advertising dollars, fees and commissions.  But unfortunately, some Christmas stockings are turning out to be filled with lumps of coal.

For instance, this will mark the first Christmas since 1957 that Toys "R" Us, in its familiar format, won't be around because hundreds of stores went under earlier this year.  Loyal customers will have to make do with Geoffrey's Toy Box -- pared-down, pop-up versions of the superstores inside selected Kroger supermarkets.

A skein of department-store chains owned by Bon-Ton Stores, including Bon-Ton, Carson's, Elder-Beerman and Younkers, also went under earlier this year.

The flagship Lord & Taylor store on Fifth Avenue, scheduled to be shuttered in the new year, has already begun its closeout sales and will scale back its beloved Christmas windows from six to just two.  Another Fifth Avenue mainstay, Henri Bendel, is going out of business as its parent, L Brands, shuts all Bendel stores, saying goodbye to a retail brand that's 123 years old.

Perhaps the biggest blow to the Christmas shopping habits just like the ones we used to know was the recent decision by Sears to declare bankruptcy, making it possible that this could be the final Yule for the onetime powerhouse chain.  Edward Lampert, the hedge-fund billionaire who has run the retailer into the ground, claims that he has a plan for a comeback, which "looks a lot like its previous turnaround plans," the New York Times declared: "close unprofitable stores, sell properties and borrow more money."

You certainly could make a case that a Sears farewell would be the inevitable result of what's been a long goodbye.  Under Lampert, the brand has been declining for years, the victim of his bad and greedy decisions, such as selling off profitable pieces of the company to entities he controls; mismanagement by an ever-changing cadre of senior executives, and intensifying competition from brick-and-mortar rivals, among them Walmart and Lowe's, and online challengers, principally Amazon.

It's also clear that shoppers are less enamored of the traditional department store format that Sears has epitomized, with its middle-class vibe and all-things-to-almost-all-people merchandise focus.  Still, Sears heading off into the sunset would be a sad story, not only for its remaining employees, suppliers and customers but also for the ad and media businesses.  Just as Sears' workers once were able to accumulate nifty retirement nest eggs in the form of pensions and stock, the company once feathered the nests of the many agencies that created and placed its campaigns as well as the myriad media outlets that ran them.

Sears laid out huge sums each year on marketing, especially when it still went by the name Sears, Roebuck & Company.  In 1991, Sears spent $1.18 billion, according to Advertising Age, making it the country's fourth-largest advertiser.  Writing in the Times in 2002, I estimated that Sears' annual ad spending totaled between $600 million and $1 billion.

Sears ad slogans were part of the vernacular, among them "Where America shops," "There's more for your life at Sears" and "Come see the softer side of Sears," the latter introduced in September 1993 to promote the retailer's clothing lines by linking them to hard-goods brands such as Craftsman and Kenmore.  The search for a shop to create the apparel ads, which began in early 1993, set off "a feeding frenzy" among agencies, I wrote, reflecting how prestigious it was back then to work for Sears.

How intrinsic was working for Sears to life on Madison Avenue?  A search I did for "Sears advertising" and my byline in the Times yielded about 5,250 results.  By contrast, the campaign that Sears is introducing for this holiday shopping season is being created in-house rather than by an outside agency.  (The list of shops once on the Sears agency roster reads like a Who's Who of adland, including Ogilvy & Mather and Young & Rubicam.)

AdAge reports that the Sears campaign for Christmas 2018 is "hoping to capitalize on feelings of nostalgia for the once-mighty retailer."  Wow, that's a weird marketing strategy: First, take an American icon to the brink of extinction, then capitalize on the emotions generated by fears that the icon may disappear.  It's almost like the old joke about the kid who kills his parents and then asks the judge for mercy because he's an orphan.

I acknowledge that it may be foolish to be wistful about Sears' potential end.  It's been a while since Sears was what it had been at its peak, so I might be pining for a shopping experience that hasn't been available since Reagan or Clinton was in the White House.

And to be sure, American retailing, and business in general, are Darwinian in nature.  One reason Sears became so dominant was that after World War II it outsmarted a principal competitor, Montgomery Ward, by foreseeing the demographic shift to the suburbs.  Likewise, Walmart supplanted Sears as the nation's largest retailer with more modern tactics such as everyday low pricing.

Sometimes, though, when one mainstay vanishes, another emerges.  For instance, five-and-ten-cent stores -- Woolworth, Kresge, Kress, J.J. Newberry, W.T. Grant -- are history, but dollar stores largely have filled the void.  And while we may soon be unable to enjoy the softer side of Sears -- or any side, for that matter -- perhaps Sears' demise would help Kohl's or J.C. Penney or Macy's keep their doors open.

Editor's Note:  Look for the next Stuart Elliott Report -- a "20 Questions" column -- on Wednesday, November 21.