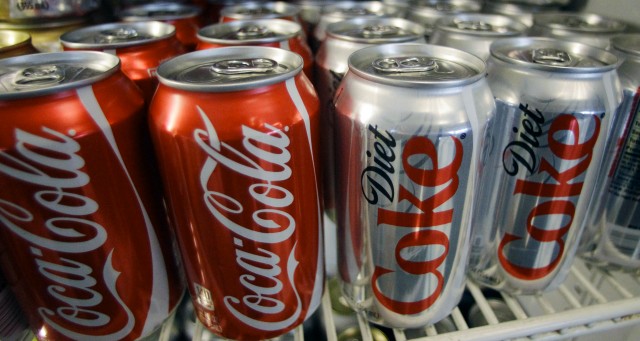 Coca-Cola is closing the door on happiness and getting a taste of feeling.

After seven years of using "Open happiness" as the theme of campaigns for its flagship soft drink, the Coca-Cola Company is switching to a new slogan, "Taste the feeling," as well as broadening the ads to include all variants of the Coca-Cola trademark, such as Diet Coke, Coke Light, Coke Zero and Coke Life. Four agencies initially are working on the "Taste the feeling" campaign, the company disclosed last week, with six more to join in as the ads roll out globally this year.

If "Taste the feeling" sounds familiar, it may be because it echoes a previous Coca-Cola slogan, "You can't beat the feeling," from 1988. But when you've been selling sugar water for almost 130 years, you're likely to repeat a theme now and again. For instance, "taste" was used in 1957, when the pitch was "Sign of good taste," and "Life tastes good" had a brief run as a slogan in 2001. The word "real" was employed at least five times down through the decades, as in "It's the real thing" (1969) and "You can't beat the real thing" (1990).

"Taste the feeling" also evokes an expression in vogue among younger consumers, "the feels," as in something that elicits a wave of intense, heartfelt emotion. That's acknowledged in the introduction to a website devoted to the campaign, which begins: "Coca-Cola gives us all the feels. How does it make you feel?"

The bad news is that of late, Coca-Cola has been making fewer people feel as if they want to open happiness, embrace the real thing or enjoy the pause that refreshes. The Coke brand is struggling to connect with consumers who increasingly are turning away from carbonated sodas, especially colas, in favor of a multiplicity of other beverages from flavored waters to coffee to energy drinks. As a result, Coke -- the most popular soft drink in the United States and most other countries -- has been suffering declines in sales and market share.

So "Taste the feeling" will be focused more on the functional and emotional benefits of Coke the product: The uncomplicated instances of delight derived from drinking an icy cold Coca-Cola. By comparison, "Open happiness" evolved into something loftier, concentrating on the positives of Coke the brand and celebrating its role as a social facilitator and a symbol of peace, love, friendship and brotherhood (shades of Don Draper's favorite spot, "I'd Like to Teach the World to Sing").

“We've found over time that the more we position Coke as an icon, the smaller we become," said Marcos de Quinto, the company's new chief marketing officer. "The bigness of Coca-Cola resides in the fact that it's a simple pleasure -- so the humbler we are, the bigger we are."

Or, to explain what de Quinto meant in the parlance of Norma Desmond, the larger-than-life star in the movie "Sunset Boulevard," Coke is still big -- it's the campaigns that got small.

That's all well and good, but I'm wondering if ads that play up what's inside the bottle will overlook the specialness of the bottle and the other unique qualities and attributes of Coca-Cola that have contributed to its status as perhaps the world's best-known (and most-liked) brand. People drink Coke, I believe, partly because it has portrayed itself as more important than Pepsi-Cola or other soft drinks -- a thirst-quencher, yes, but also an intrinsic element of American popular culture and a symbol of American life.

To be sure, Coca-Cola's appeal stems from how it tastes and how it feels to drink one on a hot day. But Coke is also the shape of the contour bottle ... the nostalgia invoked by a vintage ad or Coke machine ... the "sharing is caring" message of the "Mean Joe Greene" Super Bowl commercial ... the prominent roles the brand has played in hit songs such as "Rum and Coca-Cola" and movies like "The Coca-Cola Kid," "The Gods Must Be Crazy" and "One, Two, Three" ... and the "Coca-Cola Santa," the version of St. Nicholas by the artist Haddon Sundblom that has appeared in Coke ads since the 1930s.

The first commercials in the "Taste the feeling" campaign indicate that, at least initially, the company and the agencies understand they must do more than peddle a product. For instance, in one spot, when a young guy orders a Coca-Cola, the man behind the counter lists some of its less tangible benefits: "to make you smile, to break the ice ... to cool things down, to refresh your memory, to share, to revive a spark or to say, 'Today I'll do it' ..."

The first commercials also address another need in life besides refreshment: They are liberally peppered with sex. In one, a couple meets, flirts, gets busy and argues over many bottles of Coke, with their breakup personified by a bottle shattering as it falls to the floor. In the end, a Coke helps bring them back together.

Coca-Cola is among the brands that plan to run commercials during Super Bowl 50 on Feb. 7. Once again, Coke will face off against Pepsi, which is also sponsoring the halftime show.