Stuart Elliott: Do These Times Still Demand the Times? 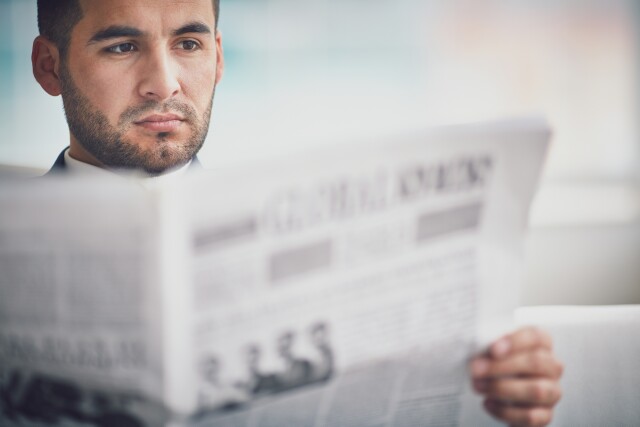 The other day, I was riding down the elevator in my apartment building when a neighbor got on. He asked how I'm enjoying life after all the years that I worked at The New York Times. I spoke about what I'm doing now -- for instance, writing this column for MediaVillage.com -- and he replied, "The newspaper business is a good business to be out of."

And he's a civilian; nothing to do with newspapers.

I guess it's no surprise that even folks who aren't part of the industry know how scary it has become for ink-stained wretches. That was underlined last week by a report from Poynter.org, which carried a grim headline -- "Print advertising woes are getting worse" -- and an equally grim first paragraph: "The first half of 2016 was financially bleak for newspaper organizations; the second may be even worse."

A subpar 2016 would be the latest disappointing year in a skein that has seen industry-wide ad sales, according to Alan Mutter, a respected analyst, plunge from a record $49 billion in 2005 to around $18 billion in 2015.

Among the latest pain points are a net loss at McClatchy and a decline in ads globally at The Wall Street Journal, which also announced that it's seeking a "substantial number" of employees to take buyouts soon. The landscape is so bleak that it wasn't much of a surprise when a revival on Broadway of the famous stage comedy about newspapers, "The Front Page," got mediocre reviews.

Against that backdrop comes a rare changing of the guard at the Times, widely considered the most famous, if not the most influential, newspaper in the nation, if not the world. Arthur Gregg Sulzberger, a member of the fifth generation of the Ochs-Sulzberger family that has owned and operated the Times since 1896, was named deputy publisher. The decision means he's now in line to succeed his father, Arthur Sulzberger Jr., as publisher and chairman of The New York Times Company.

Arthur Gregg was selected for the job by a seven-member committee -- his father was not among them -- that considered three family members who are cousins; the others, Sam Dolnick and David Perpich, are to work with him in the coming years as he wrestles with the challenging conditions that confront the Times. Those challenges are daunting enough to have made it into the first paragraph of the article on the front page of the Times that announced Arthur Gregg's appointment, which described how the family has strived to maintain the paper's importance "even as new forms of media threatened to overtake it."

Speaking of which, there was another sign recently of just how daunting his new tasks will be. An additional investment by NBCUniversal of $200 million in BuzzFeed, the digital news and entertainment purveyor, values it at about $1.7 billion. That's in spitting distance of what the New York Times Company is worth nowadays, $1.8 billion to $1.9 billion.

One reason Arthur Gregg was chosen, it's widely believed, was his leadership role in developing a seminal report, issued in 2014, that urged the Times to intensify efforts to transform itself for the future. So urgent is the necessity to rethink every aspect of how the paper, and company, are run that another report was subsequently commissioned to further push everyone toward the brave new digital and mobile world. (That one, the 2020 Report, is due out shortly.)

Though Arthur Gregg, at age 36, is more Generation X than Millennial, he is an old hand at the new media. (His father turned 65 last month; the other cousins in the running for the job are 35 and 39.) Yet no matter how qualified he is to head the Times, expectations are sky-high, as epitomized by the headline on a post on VanityFair.com: "Can A.G. Sulzberger Save the New York Times?"

For as much as the Times has adapted and innovated, restructured and reorganized, print ad revenues are still falling faster than they can be offset with revenues from digital ad revenues or from readers. For several years now, the Times Company has taken in more money from consumers than from advertisers -- a shocking shift from the days of wine and roses when ad revenues far exceeded what came in from readers.

Those were among the issues I discussed last Saturday when I spoke to the sixth annual alumni reunion of the Times' advertising department at a pub in midtown Manhattan. The new role for Arthur Gregg was Topic A for the roomful of sales veterans who attended. (Well, maybe tied for Topic A with the Chicago Cubs' winning the National League pennant for the first time since 1945, when eight daily papers crowded New York newsstands.)

You could make a case, as many analysts do -- and as I did during my remarks at the reunion -- that the Times is well ahead of the pack in rethinking how it does business. (Well, maybe tied with The Washington Post as leaders of the pack.) There are apps, online-only articles, branded content-cum-native-advertisements, videos, podcasts, experiments with virtual reality, conferences sponsored by the Times and travel offerings such as cruises.

Oh, yes, and still there's a seven-day-a-week print edition with more original, staff-created news stories and opinion columns -- journalism, as we used to call it -- than is produced by any other newspaper. (Not to mention nifty crossword puzzles that get harder to solve from Monday to Sunday.) It's a gem, but it's no longer a gold mine, and there are enormous pressures on Arthur Gregg to figure out how to balance the traditional print paper with the myriad new ways to read, watch, listen to and experience the Times.

(It must be a relief to Arthur Sulzberger Jr. than all those pesky questions about how long the Times still will be available in print are now to be directed to Arthur Gregg.)

As a former Times employee, and a lifelong journalist, I wish Arthur Gregg, and the Times, all the best. It may be a coincidence his appointment comes at the close of an election campaign that has demonstrated how much we really need reliable information from trustworthy sources. Or it could be a sign of the times.