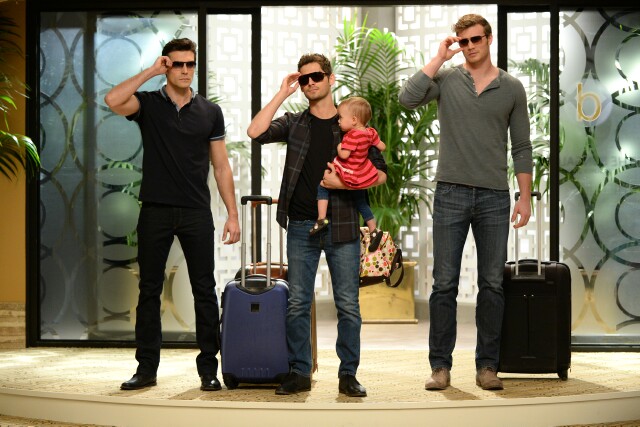 Many people were surprised, even startled, when Beyoncé performed with the Dixie Chicks at the 50th annual Country Music Association Awards. But it raised no eyebrows with millions of younger Americans who appreciate such cultural mash-ups. How the young and youthful audience is growing increasingly comfortable with what's called "intersectional" identity is one of the findings of a study to be released at a luncheon today by Freeform, the cable network that is part of the Disney/ABC Television Group. At the luncheon, the invited guests will learn more about the study, titled "Cracking the Culture Code," from top executives at Freeform; there will also be a panel discussion featuring leaders of branding, marketing and media agencies.

The study offers insights from proprietary research conducted among viewers ages 18 to 24. It's part of analytical efforts by Freeform under the rubric of the Becomer Insights Group, exploring and examining an audience for the network that runs, roughly, from 14 to 34.

Freeform introduced the term "becomers" in April 2015 to refer to consumers "on the crazy journey from childhood to adulthood, from first kiss to first kid," said Tom Ascheim, President of Freeform.

Until January, Freeform had been known as ABC Family. The new name is shorthand for "freely in formation," he explained, and serves as "an invitation to all of us" to tune in.

Freeform is eager to share with Madison Avenue the results of its research, because "it's crucial for advertisers to deeply understand the rapidly shifting behavior of this audience," Ascheim said. "It's an honor, and a lot of fun, to be serving this audience right now," he added, even if it's the demographic group that's transforming itself more than any other in how it shops, consumes media and communicates.

"It's always been a tumultuous category, and continues to be," Ascheim asserted, noting that nowadays "it's really important to meet them where they are." That's why Freeform is striving to "give them the media the way they want to consume it," he continued, citing a decision to release all at once the episodes of a new original series, Beyond, as it premieres January 2 on Freeform, on platforms including the Freeform app, freeform.com and on-demand. (The cast of Beyond is pictured below.)

"We thought as we were watching it, 'It just feels binge-able,'" Ascheim said.

Beyond is about a young man who awakens after 12 years in a coma and discovers he must strive to unravel a mysterious conspiracy. The plot echoes one of the findings of the study, that members of the Freeform target audience "value the struggle," seeking to make their way in "a world where nothing is guaranteed: employment, financial stability, independence."

"They relate to and understand the struggle more than the end result and are connecting with brands and narratives that reflect this," the study continues. "Success without earning it is not an aspiration, nor is it interesting."

The study asked participants to "send us pictures and images and content that connect with them in their lives," said Jane Gould, Senior Vice President of Consumer Insights for Freeform and Disney Channels. Those materials went through a cultural analysis using "filters of semiotics" to come up with the major findings.

As the network tried figuring out "how do you peel back the layers," the study became "a passion project," Gould added. "Youth is dealing with so much, all the possibility they see in the world. We want to bring it to life for everybody."

In addition to deciphering the youth culture code's predilections toward valuing the struggle and intersectionality ("they see themselves as many things at the same time"), the study delves into two other salient aspects of younger consumers. One is how they "embrace the undefined," accepting that there are "no set paths, boundaries, expectations." The other is how they "stand together," being positive rather than negative and "giving people the benefit of the doubt."

"This is such a punch-up, versus a punch-down, culture," Gould said, as younger Americans focus on "how do we lift each other up." The popular, inspirational phrase "squad goals," referring to what you'd like your friends to accomplish or achieve, epitomizes that, she added.

Plans for the luncheon call for the study to be brought to life by setting up four rooms that demonstrate how the Freeform audience looks at life, then taking the 50 to 60 guests through the rooms. The rooms will also display "examples of ads that capture" the results of the study, said Laura Nathanson, Executive Vice President of Sales and Marketing at Freeform. "This is really fun, like those Discovery Museums, making the research three-dimensional, experiencing the world through a young adult's eyes," she added.

"We're fielding research in other areas" as part of Freeform's desire to "be partners and help clients," Nathanson continued. "To create programs for them, we have to understand the audience. That's always our goal, how we can be different and what can make us unique."

She added: "We can be pure in how we position ourselves. It was a logical journey; the name helped clarify us for the young-adult clients."

Before the name change, "we were neither 'Family' nor 'ABC,'" Nathanson explained. "There was some confusion" as to whether ABC Family was "another daypart" instead of a free-standing network of its own, she said.

The Freeform moniker helps deliver the message that the network has "a big-tent audience, with 18 to 34 the sweet spot," she added. "We also do well across all the women targets, women 18 to 49 and women 18 to 34. The shows that work well for us have family elements but a young-adult center." Freeform's series include Baby Daddy(pictured at top), Ben & Lauren: Happily Ever After?, The Fosters and Pretty Little Liars.

It's a far cry from the approach taken during Nathanson's days on the Wrigley account when, she recalled with a laugh, she was told "our target audience was 'people with teeth.'"