Stuart Elliott: Influencer Marketing Checks In at a Curio Hotel 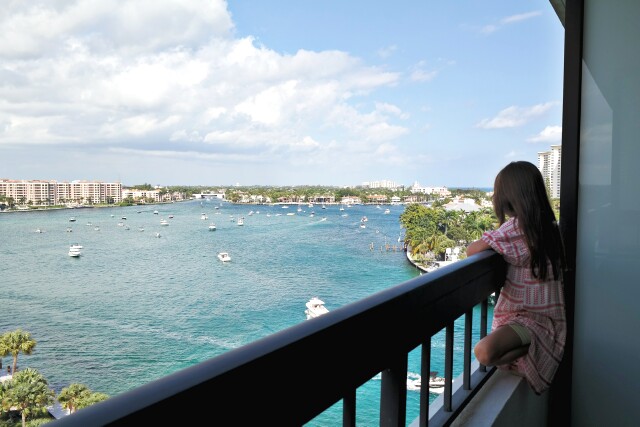 A burgeoning lodging chain is expanding its relationship with a marketing agency to help travelers who are seeking more localized and customized experiences in another example of how digital media is fueling the growth of localized promotions in advertising.

The chain is Curio, part of Hilton Worldwide, with 32 locations and close to 30 more in the pipeline. Curio has been working since 2015 with the Global Yodel Media Group in San Diego, collaborating on a campaign themed #CitiesbyCurio, offering local guides to cities with Curio hotels that include Chicago, Phoenix and St. Louis.

This week, the campaign is to expand significantly for 2017 as Global Yodel Media pairs 12 Curio properties with 12 local photographers; they are influencers who are part of the agency's web community, Global Yodel, which is billed as offering "travel through a local lens." Global Yodel is online, at globalyodel.com, and also has an Instagram account with almost 50,000 followers. The photographers will stay at the Curio hotels, taking pictures, shooting video and gathering information that will be compiled in branded local content guides, intended to make anyone visiting the properties feel as if they're much more than visitors.

The 2017 effort is to start with three photographers: Andrea Duclos, who has 55,000 followers on Instagram, chronicling the Waterstone Resort & Marina (pictured at top) in Boca Raton, Fla.; Christopher Hainey, with 125,000 Instagram followers, taking on the Miramonte Indian Wells Resort & Spa in Indian Wells, Calif., and Fernando Samalot, who has 45,500 followers on Instagram, devoting himself to the El San Juan Hotel in San Juan, Puerto Rico.

The Curio initiative is indicative of how common it's becoming for marketers in fields such as hospitality, retail, packaged goods and entertainment to customize campaigns for local consumption. Social media platforms like Instagram, content creation (aka native advertising) and influencer marketing make it easier, for instance, to present each unit of a group of hotels, stores or restaurants as distinct rather than similar links in a chain. That's important because consumers, especially hard-to-please Millennials, increasingly want experiences that they deem special instead of cookie-cutter.

Using photographers, painters, sculptors, musicians, writers and other artists is a popular way to approach customized, localized promotions. Others using the arts in that fashion include hotel chains such as Meridien and Rosewood, clothing sellers such as Banana Republic and Macy's and eateries such as McDonald's and Sweetgreen.

Localization and customization are vital in reaching the "independent-minded travelers" who are an important market for Curio, says Stuart Foster, Vice President of Global Marketing for full-service brands at Hilton Worldwide in McLean, Va.

"What Curio hotels satisfy" among those travelers is a desire for uniqueness and local focus, Foster says, in that "no two" of the hotels "are alike." Such consumers differ from "budget travelers," he adds, as well as those "who want to be pampered" when they stay at a hotel by "lots of staff."

But that desire also "makes marketing Curio a bit of a challenge," Foster says, especially since "Curio is not in the name of the hotels." The idea, then, is to promote Curio as providing "an inside look into your local experience," he adds, and recruiting the Global Yodel network's local influencers fits so well because "who better to provide that than a local?”

A big element of the campaign for 2017 will be "taking it internationally," Foster explains, to Curio properties in countries such as Belize, Iceland, Italy and Spain, as Curio "evolves to be much more global."

The campaign fits well into Curio's marketing strategy, he continues, because "all our marketing dollars are focused on digital channels," reflecting how the travelers the brand wants are "influenced by word-of-mouth marketing" and earned media -- far more than they take cues from traditional media such as television and print.

Jesse Weinberg, founder and CEO of Global Yodel Media, recalls that he launched Global Yodel in 2011 as "an online travel publication that explores places around the world from a local's perspective.

"Thousands of contributors send in what we call a 'yodel,' a specific travel guide," he explains, adding that in 2012 brands that were "interested in working with our contributor base" began making inquiries. Other clients working with Global Yodel Media have included Expedia, Homestay.com, Lego, Marriott, Penguin books, Renaissance Hotels, Shutterfly and Visit Seattle.

Hiring the Global Yodel local photographers/influencers to work on the campaign underscores "one of the big brand-messaging points" of Curio, which is "that each hotel has a distinct personality," Weinberg says. "The idea is that locals know their city better than anyone. It's like you have a friend in every city" where Curio has a property as you get "an insider's perspective on a place."

Curio "vets the Global Yodelers" whom Global Yodel Media proposes as prospective influencers for each hotel, Foster says, looking at "their following, the size of their audience, the engagement," as well as whether "they have the photographic and videographic skills that are the right fit, from a look and feel," with each property.

"We're looking for influencers who are discerning, with passion," he adds, "not just for travel but with authentic ties to their city, community."

For instance, the photographer Darren Burton, who authored the local guide for Philadelphia on behalf of the Curio hotel there, the Logan Philadelphia, has more than 173,000 followers on his Instagram account.

And Kimberly Genevieve, who authored the local guide to the San Diego neighborhood of La Jolla, on behalf of the Curio hotel there, the Hotel La Jolla, has more than 106,000 followers on her Instagram account.