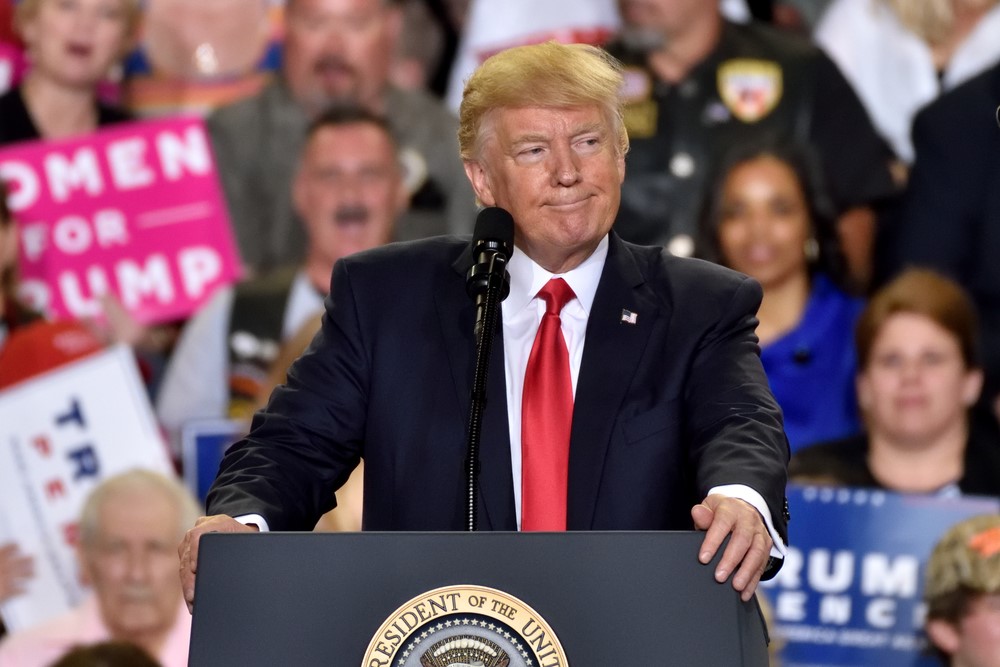 After Election Day, there was a lot of speculation about what a Trump presidency would mean for Madison Avenue.  There'll be a wave of patriotic pitches, some predicted, while others foresaw a trend toward ads that appeal more to everyday, working-class consumers than urban elites.

Well, it hasn't worked out that way, mainly because President Trump is so polarizing and has been unable to expand his support beyond his base. What benefit would a brand gain from backing him when his approval rating in the Gallup Poll is just 34%?  At this point, the smarter play looks to be standing up for the people Trump attacks, as when giant corporations challenged his behavior after Charlottesville, or sponsoring messages urging Americans to unite, as with Walmart's new commercial, "Many Chairs. One Table," that features the song "Get Together" by the Youngbloods.

Still, Trump is affecting the ad business in a big way: through his false and misleading claims -- more than 1,000 so far, according to the Washington Post -- that have generated a heated national debate peppered with phrases such as "fake news" and "alternative facts."  It's as if Trump had become a presidential version of Joe Isuzu, the popular prevaricator played in a series of spots by the actor David Leisure.  Joe peddled Izusu cars and trucks with outrageous, and hilarious, misstatements, then tried to reassure viewers with smarmy platitudes such as "You have my word on it" -- which Trump echoes every time he tries to reassure voters by saying, "Believe me."

And just as Joe's bald-faced untruths were corrected onscreen ("He's lying"), cable networks covering Trump's speeches often use the bottom third of the screen to fact-check what he's saying in real time.

All the president's dissembling, which has become as much a part of the Trump brand as his hair, is a backdrop for a spate of ads celebrating lies and the lying liars who tell them.  (Hat tip to Al Franken.)  Some take a humorous tack, as Joe Isuzu did, while others are as earnest as a Trump boast about the size of his inauguration crowds.  And quite a few use words like "fictionalization" and "dramatization" to let viewers know there may well not be any there there.

In a new commercial for National Car Rental, the brand's self-confident spokescharacter, played by Patrick Warburton, reveals himself to be a guy "who likes to be in control" so much that, rather than rely on surgeons in the hospital, he gives himself an appendectomy.  "This is fake," a disclaimer declares at the bottom of the screen. "Do not attempt a self-appendectomy. Please."

Another new spot, from the Carl's Jr. fast-food chain, presents a character named Carl Hardee Jr. proclaiming that his dad's spicy double cheeseburger is "the best $2.49 burger you've ever had." A skeptical friend says, "That seems like a pretty subjective claim that's impossible to prove."  The spokes-son, beaming, replies, "Yep."

In a Trumpian double-down, it turns out there's actually no Carl Hardee Jr., or a Carl Hardee Sr., for that matter.  The names are amalgamations of the founders of the two fast-feeders owned by CKE Restaurants: Carl Karcher of Carl's Jr. and Wilber Hardee of Hardee's.  (And in a life-imitating-art turn, the CEO of CKE, Andrew Puzder, was nominated to be Trump's Secretary of Labor, but withdrew after encountering stiff opposition.)

The Broadway musical Come from Away, which originated in Canada, made a Trump-like case for itself in a recent commercial touting the show as "a Best Musical winner all across North America."  Viewers saw honors flash on screen such as the Drama Desk Award, the Outer Critics Circle Award, the Toronto Theatre Critics Award and even the Gypsy Rose Lee Award from Seattle.

That sure is impressive, eh?  Only if you think about it do you realize there's one award missing, one really important award: the Tony Award for Best Musical, which Come from Away lost to Dear Evan Hansen.

If you read mass-circulation magazines such as People and Parade, you may have come across legal notices announcing settlements of class-action lawsuits charging advertisers with false and deceptive marketing.  Recent settlements have involved brands like Rust-Oleum, TD Bank and Honest.

None of the firms involved admitted they misled consumers; they said they've settled to avoid further litigation costs.  But in some cases they've agreed to change labels and stop certain marketing claims.

Finally, there's a commercial in which a woman who's a passenger in a Subaru Outback looks over to a passing freight train and sees herself riding inside a box car.  This warning appears at the bottom of the screen: "Do not attempt to ride a freight train."

Is it merely a disclaimer, or an example of a brand spinning what turns out to be a fairy tale?  It's a fine line, according to a famous fictional adman, Roger Thornhill, the character in "North by Northwest" portrayed by Cary Grant.  "In the world of advertising, there's no such thing as a lie," he tells his secretary.  "There's only the expedient exaggeration."

It's my belief that we're going to see many more hyped-up ads that toy with the truth.  Why?  There's practically nothing going on these days that doesn't involve Trump somehow; he's not only Topic A, he's casting his shadow on Topics B through Z.

Given how much the ad industry is influenced by -- and borrows from -- popular culture and the zeitgeist, that's making Trump, as Kirsten Haglund put it Sunday on MSNBC, "the Marketer-in-Chief."

Does that seem like a pretty subjective claim that's impossible to prove?  Believe me, you have my word on it.

Editor's note:  Look for the next Stuart Elliott Report on Wednesday, Oct. 4.