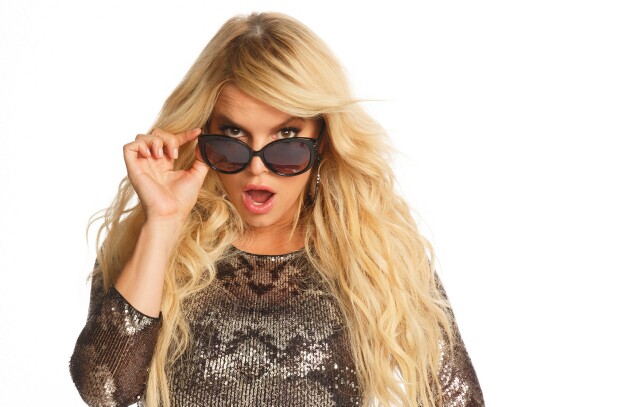 Decades ago, a campaign urged soda drinkers to "Be sociable, have a Pepsi." Now, the many ways that a certain celebrity is sociable on social media has helped a marketer choose her as the star of its new campaign. The marketer is Budget Car Rental, part of Avis Budget Group, and the celebrity is Jessica Simpson (pictured above), known for films such as "The Dukes of Hazzard," songs such as "I Wanna Love You Forever" and the reality TV series "Newlyweds: Nick and Jessica," which featured her and her then-husband, Nick Lachey.

Simpson is the centerpiece of a new campaign for Budget that is scheduled to begin today. She also has appeared in ads for brands that include DirecTV, Ice Breakers, Pizza Hut and Proactiv, and she has peddled licensed products in categories such as accessories, apparel, cosmetics, fragrances and haircare.

The campaign is the first work for Budget from an agency named Hello Creative in Philadelphia, which became the brand's creative agency of record in February. The Budget campaign is also the agency's coming-out party; Hello Creative was formed recently by two veteran ad executives, Jay Arnold and Steve Ohler.

Arnold and his previous agency, Impax Marketing Group, also in Philadelphia, created a campaign for Budget that featured another woman as the brand's celebrity endorser, the actress Wendie Malick. Many of the commercials in that campaign, which ran from 2011 into early 2014, took advantage of Malick's comedic talents; she is known for her work in sitcoms like "Hot in Cleveland" and "Just Shoot Me."

It's unusual to see women as the central figures in campaigns for rent-a-car firms, particularly in ads aimed at business travelers. For instance, Patrick Warburton is the star of current commercials for National Car Rental.

And, of course, before his "trial of the century," O.J. Simpson ran through airports on behalf of Hertz.

But Budget, as a value brand in the competitive category, has directed its pitches at the leisure market. "Women typically have made more travel decisions on the leisure side," says Arnold, whose title at Hello Creative is partner, where "we're speaking to a lot of moms."

Simpson, in addition to being an actress, singer, reality star, endorser and merchandise peddler, is a mother; she has two children with her second husband, Eric Johnson. At 35, she just misses being a member of the Millennial generation, which is generally defined as Americans ages 18 to 34. (Malick, by contrast, is a baby boomer; she is 65, born in 1950.)

"One of the things that has become a determining factor" in decisions on hiring celebrity endorsers, Arnold says, "is [their] number[s] -- how many followers they have, what are their platforms.

"Those are questions that never were part of the mix before," he adds.

Ohler, whose title at Hello Creative also is partner, echoes Arnold. Simpson "has a great social media following," says Ohler, who had worked most recently as executive creative director for Travelers and before that spent 25 years in creative capacities at McCann Erickson, working on brands including Avis.

Hiring Simpson to be Budget's ambassador "puts a little bit of a different face on the Budget brand," he adds, praising how the star has "the mom side" along with "the glam side.

"She's a family person for sure," Ohler says, describing how during the making of the commercials for the campaign he "got to know her mom and her husband a bit.

It was almost like a kaffeeklatsch," he adds. "I enjoyed that."

There are two commercials initially, which are to appear on cable networks and on websites such as budget.com and the Budget YouTube channel.)

The first spot, titled "Paparazzi," shows Simpson trying to dodge a pack of paparazzi who won't stop following her. "I need to get away," she says as they chase her, and an announcer offers a solution: "a sporty compact from Budget" at $17 for a weekend day or $129 a week.

Simpson returns, declaring, "For all your getaways, I recommend Budget," then resumes running away from the persistent photographers.

In the second commercial, titled "You've Arrived," Simpson asks her smartphone for information about a "family getaway." A female, Siri-esque voice replies: "Turn left. Proceed 10 steps ahead. You have arrived at your destination." What is it? "Oh, perfect," Simpson says, "an SUV from Budget." The announcer describes how renters can get a "sporty SUV" from Budget at $23 for a weekend day or $149 for a week.

The commercial ends with the phone voice telling Simpson, "Nice shoes," to which Simpson replies, "Oh, thanks," and makes a kissy face at the phone. (Footwear is among Simpson's merchandise.)

Both commercials follow a format that was used for the spots with Malick, appropriating elements of direct-response commercials like keeping a toll-free number and the words "budget.com" onscreen continuously.

"Instead of spending tons and tons of money on branding, why not give consumers best rates and some fun?" Arnold says. "No information overload; it's a rate offer, a very clean and efficient way to communicate."

The campaign also will include banner ads and emails to Budget customers. "Jessica Simpson embodies the joyful, exuberant, entrepreneurial spirit of our customers and is a great fit for the brand," Scott Deaver, executive vice president and chief marketing officer at Avis Budget Group, says in a statement.

Image at top courtesy of Hello Creative. The opinions and points of view expressed in this commentary are exclusively the views of the author and do not necessarily represent the views of MediaVillage/MyersBizNet management or associated bloggers.