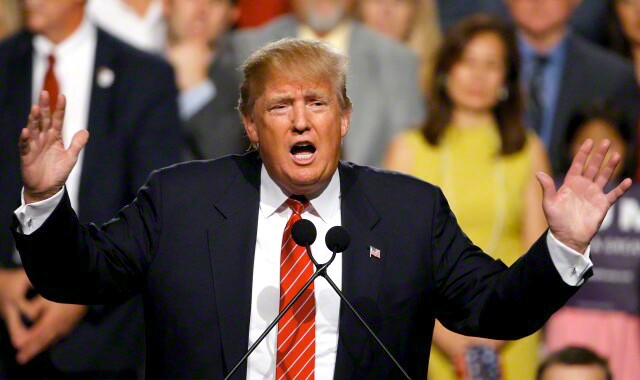 Say what you will about Donald Trump -- blowhard, loose cannon, wrecking ball, demagogue, a man who during sex "calls out his own name" -- he long has been a skillful brand-builder.

In real estate, Trump took a company founded by his father, known for housing for working-class and middle-class buyers, and transformed it into a honeytrap for wealthy folks with more money than taste. On television, he gave the reality show genre a twist by laminating it with a veneer of capitalistic competition, embodied by his trademark phrase, "You're fired."

Trump also was able to parlay his fame into a part-time career as a pitchman for other brands, among them Century 21, Macy's, McDonald's and Pizza Hut. And he lent the Trump name to clothing and other merchandise through lucrative licensing agreements.

The eagerness to make deals with Trump came despite his bombastic personality and penchant for irritating or irresponsible remarks. For instance, after President Obama was re-elected in 2012, Trump went ballistic on Twitter, unleashing a tirade so incendiary that thousands signed a petition urging Macy's to remove Trump from its commercials and stop selling Trump-branded products. Macy's blew off the protesters with a bland disclaimer that its "marketing and merchandising offerings are not representative of any political position."

It all worked so well for Trump, until it didn't: Mark June 16, when he threw his hat into the ring for the 2016 Republican presidential nomination, as the day the music died for the Donald. Trump's mainstream brand partners deemed the attacks on immigrants and Mexico during his speech so inflammatory that they couldn't run away fast enough; the list includes Nascar, NBCUniversal, Ora TV, the PGA of America, the apparel firm PVH, Serta and Univision. Even Macy's finally had had enough.

But as the Trump brand loses steam on Madison Avenue, polls indicate it is gaining ground fast among Republican voters. Some surveys show Trump challenging Jeb Bush for first place among the crowd of GOP contenders, ahead of longtime officeholders such as Chris Christie, Rand Paul, Rick Perry and Marco Rubio. That may be part of the appeal of the Trump brand as he pivots into the political arena: He seeks to tap into a vein of resentment of career politicians by portraying himself as the authentic, tell-it-like-it-is candidate who stands firm for what he believes.

Authenticity is, of course, a word tossed around a lot these days in marketing circles because, experts say, consumers crave brands unafraid to be themselves. But how many points can you score when being your authentic self is read as being a braggart or a bully?

Or, worst of all, a bigot? The handwriting is on the wall on that last point as demographics suggest demonizing immigrants is a losing game. That was underlined by commercials released amid the Trump turmoil by Mondelez International and Droga5 for Honey Maid grahams, a brand that gained attention last year for a campaign celebrating nontraditional families as "wholesome." The new spots marked Independence Day with a story about an immigrant family of Dominican heritage. One commercial ends with these words onscreen: "1 of 5 Americans is part of an immigrant family. Happy 4th of July to every wholesome family." 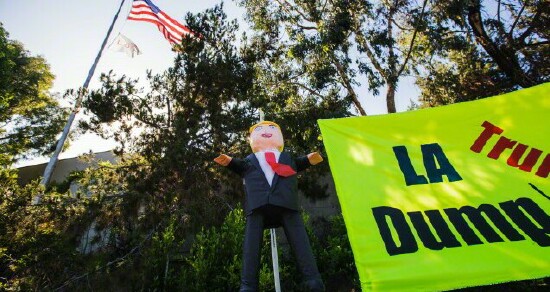 It is telling that Trump's relationships with his blue-chip marketing partners survived his insulting the President of the United States but were abruptly ended after his hammering of Hispanics. A headline on an article on the Fox News Latino website says it all: "NBC severing of ties with Donald Trump called watershed moment for Latino clout."

Sure, the Trump brand of politics is mighty attractive to core Republican constituencies of older white men and working-class voters who are angry about immigration, crime and social issues. That's why his candidacy, with its echoes of the Nixonian "silent majority," is already being attacked fiercely by loyal GOP ideologues such as Linda Chavez and Peggy Noonan. And Trump is enough of a marketer to know that challenger brands embracing traditional values often do well, as evidenced by the over-the-top catering to fast-food fans at Carl's Jr. and Hardee's.

But don't be surprised if Trump turns out to be the GoDaddy of political brands: Wildly successful for a while with an "authentic" attitude that is later castigated as inappropriate and retrograde and, ultimately, cast aside. GoDaddy gave up on its original ads, stuffed with buxom babes and double entendre, after realizing how much they alienated the women who compose an increasingly large share of the market for web services.

GoTrump, anyone? Better yet: Trump, go.