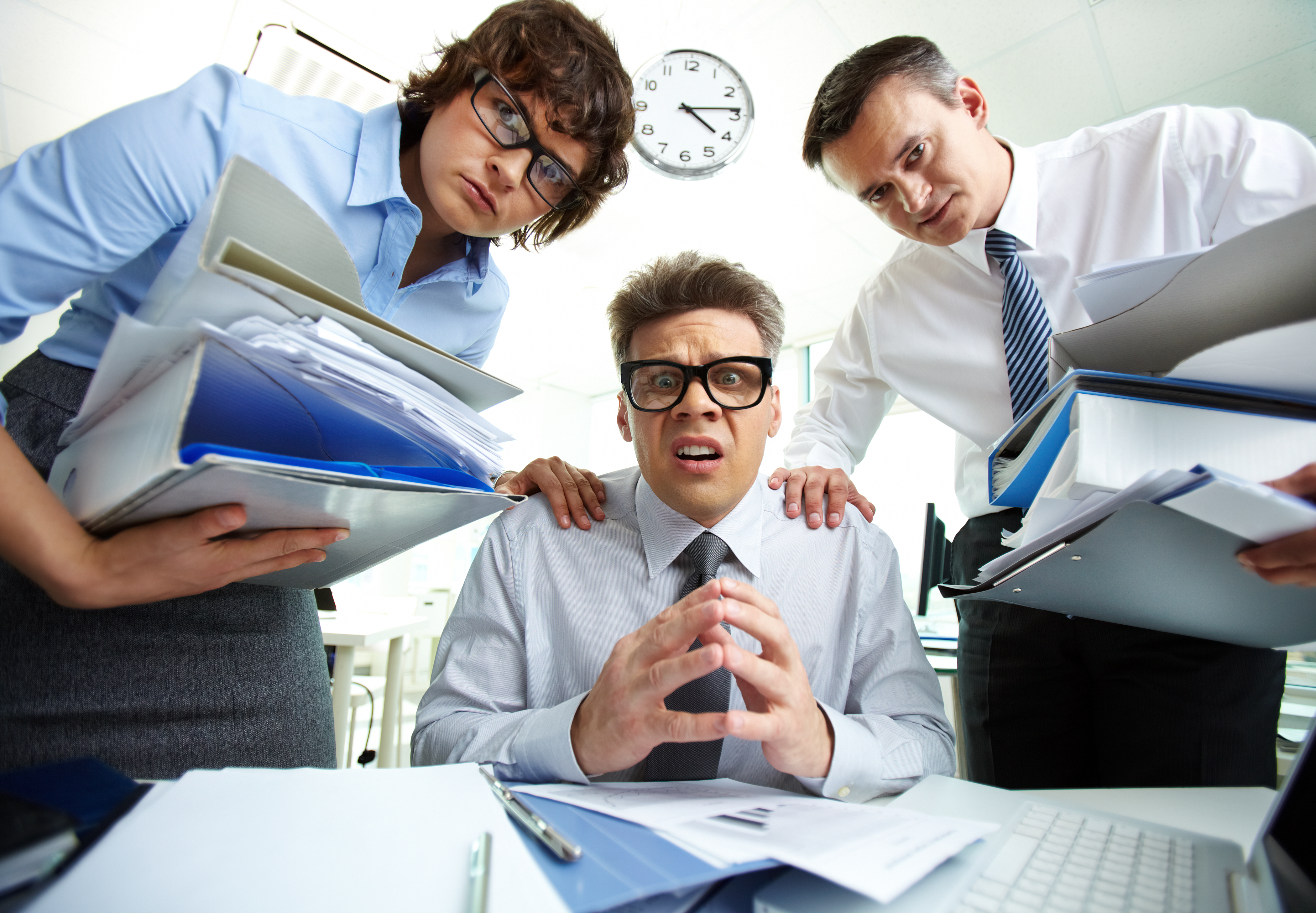 'Tis the season -- not for Santa, but for annual meetings, when companies that sell stock to the public put their best foot forward with the people who own their shares as well as with potential investors. It's less "Ho, ho, ho" and more "How now, Dow Jones" as firms flood mailboxes, real and virtual, with annual reports, proxy statements and 10-Ks that look back at the fiscal year that was and offer encouraging words about what's to come.

Last year, I took a look at the blizzard of paperwork from a bunch of corporations to see how much space they devoted to discussions of their advertising and marketing efforts.  My rationale:  If ads play such a vital role in the economy by stimulating consumer demand, they ought to get a good deal of attention this time of the year.

Alas, it turned out that wasn't so much the case, as dry financial recaps from CFOs were more common than business insights from CMOs -- and after reading through documents from a dozen companies sent out for the 2017 annual report season, I'm sorry to say it's happened again.  Too often, advertising is relegated to a brief mention in a section devoted to "selling, general and administrative expenses."

It's a disappointment, yes, but it's also a missed opportunity.  Financial reports can be more than just required, once-a-year exercises in mandated disclosure.  They also can take on marketing tasks, providing another chance to communicate with existing and would-be customers.

For instance, consider the approach taken by Time Warner with its annual report.  The cover spotlights something that's out now, instead of something the company released last year.  There's an eye-catching photo of the actress Gal Gadot as Wonder Woman in the movie of the same name, which Warner Bros. opened last weekend.  Turn the page and there's a double truck of a shot from the set, showing Gadot in a conversation with the Wonder Woman director, Patty Jenkins.

It would be silly to attribute the movie's strong reviews and huge box office receipts to how much play it got in the annual report.  But, as the old saying goes, it couldn't hurt.

"The way people experience our content is changing rapidly," Jeff Bewkes, Chairman and CEO of Time Warner, writes in an introduction to the annual report, "but the global appetite for it is increasing, and our collective dedication to telling the world's best stories has never been greater."

A handful of other firms took a similarly inviting tack.  They include Yum! Brands, which splashes the words "A World with More Yum!" on the front cover of its annual report, and PepsiCo, which asked the designers of a label for a new product, Lifewtr, to contribute a quirky, colorful, full-page illustration that's visible through a die-cut page reading "2016."

The Yum! report declares, "We are committed to building the world's most loved, trusted and fastest growing restaurant brands," while bringing up "brand performance" and "the potential of our brands."  The PepsiCo report tells of "investing in the future of our company" by "increasing advertising and marketing as a percent of sales," and there's a page devoted to campaigns for brands such as Pepsi, Lay's, Gatorade and Sabra.

More typical are the reports festooned with corporate and brand symbols, among them Charter Communications, which devotes the entire cover of its annual report to the logo of its new cable brand, Spectrum; Hershey, which gives over the front cover of its proxy to two stylized versions of a Hershey's Kiss; and the New York Times Company, which presents on both its annual report and its proxy giant Ts from "Times" against backdrops of 2016 Electoral College maps, a nod to the post-election pop in the firm's financial results.

Coca-Cola trods a different path with its proxy statement.  The front cover is decorated with a simple logo of Coke bottles on a red disc.  On the back cover are the logos of "our 21 billion-dollar brands" and these heartfelt words: "Thank you for being a shareholder and for the trust you have in the Coca-Cola Company."

But too often, the reports are spartan, making little or no efforts at marketing, looking as if they were produced by a communist bureaucrat.  The cover of the Kellogg Company annual report is a sea of white with the word "Kellogg's" in red.  Not so gr-r-reat, if you ask me.  The Wal-Mart Stores annual report has a cover that's as generic as can be: The slogan "Moving with speed" appears under a picture, bland enough to be sourced from a stock-photo website, of a mom picking up a package of purchases from a Walmart store.

The banality is at odds with the stirring, even urgent, message inside. "We're clearly living in a time of transformative change," writes Doug McMillon, President and CEO.  "The world is moving faster and the magnitude of the changes, and their influence on business, seem larger than I can remember."

At one point, there's a description of how a new acquisition, Jet.com, will be operated as a separate brand from Walmart because "Jet indexes strongly with Millennial customers and tends to serve a more urban and more affluent customer than Walmart."  But it takes some digging to find any further mention of ad or marketing initiatives despite ad costs rising regularly, from $2.4 billion in fiscal 2015 to $2.5 billion in fiscal 2016 and to a whopping $2.9 billion in fiscal 2017.

By contrast, Michele G. Buck, President and CEO of Hershey, brings up in the sixth paragraph of her letter to shareholders the results of marketing efforts.  "During 2016, we had innovation and advertising successes," she writes, even going so far as to touch on the "marketing mix for these programs," which was, she says, "balanced between direct trade and TV and digital advertising."

It's not surprising that the reports spending the most time on ad and marketing initiatives are those issued by communications and media companies, such as Time Warner, the New York Times Company, Charter, the Comcast Corporation and Time Inc.

For example, Comcast notes that its coverage of the 2016 Summer Olympics "generated $1.6 billion of revenue," reported as part of its NBCUniversal operations.  Charter recaps the deals that significantly grew the size of its cable holdings as it took over Time Warner Cable and Bright House Networks.  The New York Times Company delves into what it calls its "digital transformation," including digital ad revenue and attempts at "strengthening the New York Times brand through innovation."

Even AT&T gets into the act as its planned acquisition of Time Warner inspires a line on the front cover of its annual report describing AT&T as "a global leader in telecommunications, media and technology."  Inside, there are mentions of "great content" and a strategy "focused on becoming the premier integrated communications company in the world."

At Time Inc., the new President and CEO, Rich Battista, writes earnestly about the work underway to restructure the company, including gains in digital ad revenue and a doubling of "native advertising revenue" from 2015 to 2016.

I found, on page 52 of the Time Inc. proxy, what is perhaps my favorite financial folly of this annual reports season.  It's a note about Battista's predecessor, Joseph A. Ripp, who became Executive Chairman when Battista succeeded him as CEO.  (Ripp subsequently decided to resign from the company.)

The note, labeled "CEO Co-Pilot Reimbursement," discusses how the Time Inc. board of directors, "due to safety concerns," required Ripp "to engage a professional co-pilot when piloting his own personal aircraft" and agreed to reimburse him "for the related expenses on an after-tax basis" -- including "fuel costs and airport fees and a pro rata portion of the reserve for the periodic overhaul of the aircraft's engine."

After Ripp became Executive Chairman, "the CEO's Co-Pilot Reimbursement policy ceased to apply," the note concludes.  That sound you may hear is the sigh of relief from Time Inc.'s shareholders.

Note: Look for the next Stuart Elliott Report on Wednesday, July 12.