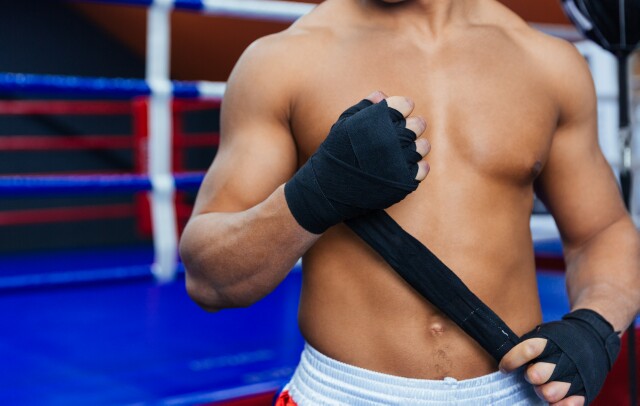 As much as our country has become divided and polarized in recent years, marketers could pretty much count on sports offering a respite from the turmoil and strife. Signing athletes as endorsers was one of the mainstays in the marketing playbook, and as long as they didn't embarrass themselves on the field -- or off the field, with inappropriate personal behavior -- consumers invariably responded positively. Stars such as Tom Brady, Kevin Durant, Bryce Harper, LeBron James, Peyton and Eli Manning, John McEnroe and Michael Phelps have parlayed their popularity into billions of dollars’ worth of endorsement and sponsorship deals. Now, like so many other things we've taken for granted, that's starting to change. No longer are sports and athletes above the fray, or sealed off in a fun-and-games world of their own.

The reason is, of course, the decision last month by Colin Kaepernick, quarterback of the San Francisco 49ers, to begin taking a knee when the national anthem is played before his games as a protest against racial injustice.

Kaepernick's stance against standing has set off what Time magazine, in a cover story about him, describes as "a debate about privilege, pride and patriotism." A number of other football players have joined Kaepernick in protesting; some kneel like he does, others raise fists skyward, still others remain seated and one even wore caution tape on his cleats. Some players are waiting until they leave the gridiron, speaking out at press conferences about issues such as training policies for police officers and the Black Lives Matter movement.

Not since the 1960s, when Muhammad Ali became a face of opposition to the Vietnam War and the draft, have athletes so embraced activism. It's no coincidence, I believe, that all those decades of reluctance to get involved with controversial social and political issues coincided with the rise of the athlete as brand, when trillions of dollars poured into endorsements and sponsorships.

That may be crass to say. And it may be simplistic. But it's hard to conclude otherwise. The more the jocks had to lose -- the more they worried they'd alienate not only potential fans but also potential customers -- the more they stifled themselves.

Remember when O.J. Simpson had a successful second career as pitchman for brands such as Hertz? According to the recent documentary O.J.: Made in America, he shied from voicing opinions about high-profile matters that all America was talking about, among them the Rodney King verdict in 1992. His reluctance to stand up and be counted dated from 1968, the documentary reported, when he turned down a chance to participate in a protest supporting the U.S. athletes who gave "black power" salutes during the Summer Olympics that year. "I'm not black," he told a friend. "I'm O.J."

The get-along, go-along attitude was epitomized by a quotation attributed in the 1980s to Michael Jordan upon being asked why he wasn't supporting Harvey Gantt, a black candidate running for a U.S. Senate seat in North Carolina against the right-wing, racist incumbent, Jesse Helms. "Republicans buy shoes, too," Jordan, the Nike stalwart, was said to have replied.

The remark, which Jordan has denied making, was back in the news in July, when for the first time he took public stances on contentious issues, prompted by numerous shootings by and of police. Jordan said in a statement he "can no longer say silent" -- a startling blockbuster of a turnabout by one of America's most famous sports figures.

The following month, Kaepernick wouldn't stand for "The Star-Spangled Banner" and a national debate ensued. The reaction to the outspoken athletes among fans has ranged from indifference to praise to death threats. From marketers, there has been some backlash; for instance, after Brandon Marshall of the Denver Broncos kneeled during the national anthem, he lost a pair of endorsement deals with local advertisers, the Air Academy Federal Credit Union and CenturyLink.

But in other situations, marketers are sticking with their activist athletes. The reason? Many marketers feel differently about controversy now than they used to.

For decades, Madison Avenue tried to avoid at all costs taking sides on issues that might divide consumers. But today, there are millions who want to know where brands -- and the corporations that own them -- stand, choosing the products they buy based on values as well as value. That's especially true of younger customers, the most desired demographic because they're still forming their brand preferences.

As a result, big blue-chip names such as Apple, Cheerios, Chevrolet, Coca-Cola, Google, Intel, Microsoft, Nike and Visa are stepping up to lend support to causes, whether it be fighting climate change, supporting the LGBT community or welcoming athletes' expressions of their First Amendment rights.

Those stances mirror in many ways the positions being taken on the same causes by celebrities. For example, scores of creators, cast and crew members of the various iterations of Star Trek have joined forces to endorse Hillary Clinton. And "some things are more important than a rock show," Bruce Springsteen wrote to explain why he canceled a performance in North Carolina after the passage of an anti-LGBT law. "This fight against bigotry and prejudice ... is one of them."

If the Boss and James T. Kirk can speak their minds, if brands can take stands, why not linebackers, shortstops, power forwards or goalies?