Stuart Elliott: On Madison Avenue, It's All Coming Out in the Wash 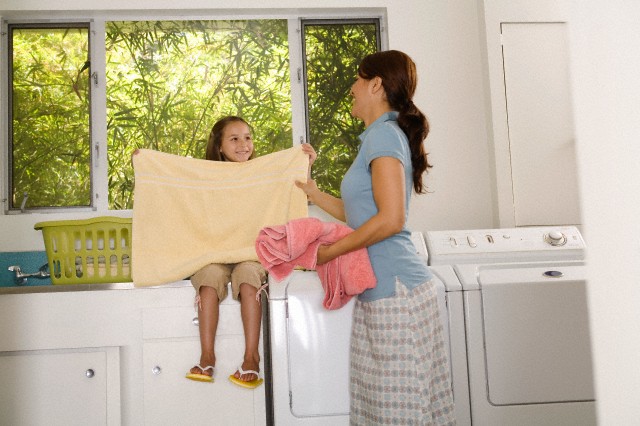 Whenever I hear another declaration that "television is dead," I smile and think about how the medium seems to have more lives than Morris the cat. Sure, TV is under fire on myriad fronts. But marketers still believe enough in its effectiveness as an ad medium to continually replenish the coffers of stations, channels and networks -- not to mention agencies.

Not only are new ad categories climbing aboard the TV bandwagon, most notably technology products and services, but many mainstay categories are recommitting themselves to television. Take, for instance, one that has been a cornerstone since TV's earliest days: laundry detergent.

From the 1940s through the early 2000s, three giants of consumer household goods battled it out on the airwaves for the loyalty of consumers on washdays: Colgate-Palmolive, Lever Brothers (later Unilever) and Procter & Gamble. Among the Colgate-Palmolive combatants were Ajax, Dynamo, Fab, Super Suds and Vel, while Lever countered with brands such as All, Rinso, Surf and Wisk. Procter's troops were led by Tide, which created the category of heavy-duty synthetic detergents in 1946; the Procter lineup also included Bonus, Cheer, Dash, Dreft, Duz, Era, Gain, Salvo and Solo.

Tide's dominance of the detergent aisle -- it's the No. 1 brand by a wide margin -- helped Procter push aside its rivals. Colgate-Palmolive exited the North American laundry category in 2005, selling its offerings to a company called Phoenix Brands. Unilever followed three years later, with a deal that formed a firm named Sun Products. Though other detergent marketers remain factors -- most notably Church & Dwight, maker of Arm & Hammer and OxiClean -- Procter has ruled the roost.

Then, in March of last year, Walmart made a surprise announcement that it would begin to sell in its American stores a premium-priced laundry detergent, Persil ProClean, made by a European behemoth, Henkel, which also sells household products in the United States under brand names like Dial, Purex and Renuzit. Henkel and Procter are global competitors, so the arrival of Persil (pronounced Purr-SILL) on American soil was seen as a savvy strategy by Walmart to offset Tide's strength among shoppers; Walmart loves to gain the upper hand over its suppliers.

Television commercials started to appear for Persil ProClean featuring a dapper character in a white dinner jacket, known as the Professional, who touts the benefits of the brand. The Professional soon had something to crow about when a Consumer Reports test found a variety of Persil ProClean outperforming a premium-priced variety of Tide that had been atop the magazine's laundry detergent rankings.

As Henkel expanded Persil ProClean beyond Walmart, the marketing for the brand has accelerated. Last month, there even was a commercial during the year's biggest day for television, Super Bowl 50; the spot, which called out Tide by name, was preceded by a TV and online teaser campaign. This month, Walmart has sent emails to customers on the anniversary of Persil ProClean's arrival with the subject line "Celebrating 1 year of premium clean."

Last year, Henkel spent $8.4 million to run commercials for Persil ProClean 7,754 times on American television, according to the researchers at iSpot.tv. So far this year, iSpot.tv reports, the brand's commercials already have appeared 3,736 times. And as a result of the high price tag for Super Bowl spots, the amount spent to date this year for Persil ProClean TV spots -- $10.2 million, according to iSpot.tv -- already has surpassed last year's total.

Procter is not standing by idly as Henkel tries to muscle in on its territory. The company spent $65.7 million last year to run Tide commercials on television 32,695 times, iSpot.TV reports, and so far this year, Tide commercials already have appeared 11,016 times, at a total cost of $27.5 million.

Procter recently brought out a TV commercial that doesn't sell Tide's efficacy as a detergent but rather burnishes its brand image as the category leader. The spot, timed for Tide's 70th anniversary year, begins with an announcer asking, "How do you become America's No. 1?" He answers his own query: "Start by taking care of families for 70 years. Earn the trust of 32 NFL teams. Be there for America's toughest, and help when help is needed."

That image-building commercial is running on TV along with regular spots, for Tide Pods, and a trio of new commercials featuring cute youngsters describing in charming kid-speak how they concoct mud pies and other hard-to-clean messes.

All that Tide activity is being augmented with television commercials for Gain, which serves as a flanker brand protecting Tide. Procter has spent $5.9 million so far this year to run 3,485 spots for Gain, according to iSpot.tv, after spending $22.5 million last year to run 10,390 commercials.

Toss in tens of millions of dollars worth of spots for other detergents -- All, Arm & Hammer, OxiClean -- and the category is showing surprising new vibrancy.

And relevancy, too, as evidenced by the widespread attention to a recent post by Sheryl Sandberg of Facebook fame, praising a commercial on Indian television for a Procter detergent brand, Ariel. Sandberg expressed gratitude for the spot's discussion of gender issues; it addresses how men and women don't equally divide household duties like laundry.

Hmmmmm. Perhaps Procter can counter Henkel by bringing Ariel to America, promoting it in TV spots as "the detergent for those who #ShareTheLoad."