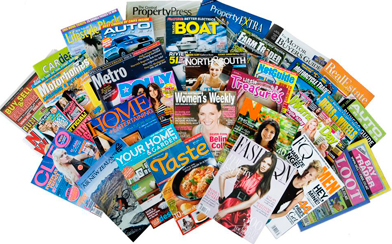 It's fashionable, when writing and talking about media, to focus only on the digital forces rather than the tried-and-true mainstays that are bravely confronting the challenges of the new tech landscape. Lately, though, I've found myself immersed in a major aspect of traditional media: print magazines.

Among the perks of my former job was being on the comp lists of dozens of titles, a legacy of the days when the advertising columnist of The New York Times covered the magazine industry along with what took place on Madison Avenue. So when I left the Times last December, I suddenly was cut off from many publications that I read for pleasure as well as from those that I perused for work purposes.

As a baby boomer who grew up on print -- and spent his career as an ink-stained wretch -- I wanted to replace those freebie copies with paid, hard-copy subscriptions that would be augmented by forays online to read web editions. It took a while to compile an "uncomp list" because I didn't realize I missed some magazines until I wasn't getting them, a variation on the song lyric "you don't know what you got 'til it's gone."

What followed was several weeks of scrambling to order subscriptions online and by mail, looking for the best rates while trying to avoid sales scams. By spring, I was subscribing to magazines that include Architectural Digest, the Atlantic, Bon Appetit, Coastal Living, Entertainment Weekly, Fortune, InStyle, Men's Health, New York, the New Yorker, People, Sports Illustrated, Sunset, Time, Vanity Fair and Vogue.

And then the fun began.

All you have to do is subscribe to one print magazine and, thanks to the magic of mailing lists that are sold and shared, others rush in to chase after your money. I started receiving, by snail mail and email, a plethora of pleas that outdid each other in trumpeting cut-rate prices -- and using language that walked a fine line between puffery and trickery. (Only appeals from charities are dodgier.)

"S Elliott, you've been selected to receive our best deal on Better Homes and Gardens magazine when you reply today," read a direct-mail pitch from that title that arrived in an envelope marked "Verified Mail URGENT" at the top and "Re: Notify addressee of rate reduction" at the bottom. A letter inside, misleadingly labeled as a "statement," offered me a "hassle-free discount" of $5.99 a year, plus an "online savings bonus" of "a full year for just $1.99." It all sounded swell, except that I already had subscribed to Better Homes and Gardens -- and three other Meredith magazines -- for a grand total of $12.

Hearst sent a direct-mail piece for Food Network Magazine that advised I had "an UNCLAIMED CREDIT in the amount of $33.00." The letter inside described it as a "credit adjustment," in that I could get a year's worth of issues for $12 instead of at the "annual cover price" of $45. To make this special "Elliott Rate" even sweeter, I could add a year of O, the Oprah Magazine for "just $5" more.

Reader's Digest, perhaps the wiliest veteran in crafting direct mail, sent an "introductory discount claim form" advertising a year (10 issues) at $10 or two years at $15 ("BEST DEAL!"). Enclosed was a flyer promoting a Kindle Fire tablet, "a $139 value," for free -- provided I was "one of 25 lucky winners randomly drawn from all those who respond by the final closing date" of Jan. 15, 2016. (Mucking it up further were the disclaimers that "no purchase is necessary to enter ... and a purchase does not improve your chance of winning.")

A particularly cunning ploy was employed by National Geographic Kids, with a direct-mail envelope addressed to me that looked as if it had been handwritten. Inside was an "exclusive offer order form" asking me to "order subscriptions for the kids in your life" at $15 apiece for "a full year's subscription."

I mocked that, thinking, "As if there's such a thing as a partial year's subscription." Guess what? There is, at least when it comes to Consumer Reports, which sent a 16-page direct-mail piece suggesting I buy nine monthly issues for $20; the magazine publishes 12 issues a year plus its Annual Buying Guide.

Rivaling those shell games were confusing follow-ups I received from several magazines I had ordered, asking for renewals at rates that varied from one offer to another. The most egregious came from New York, which solicited me on the same day by snail mail and email; the latter was $5 cheaper than the former, which to add insult to injury was billed as a "last chance renewal offer."

You would think given the perilous state of print, publishers would try harder to play nice. But no! It's discouraging enough to make you cancel your subscription to Collier's.