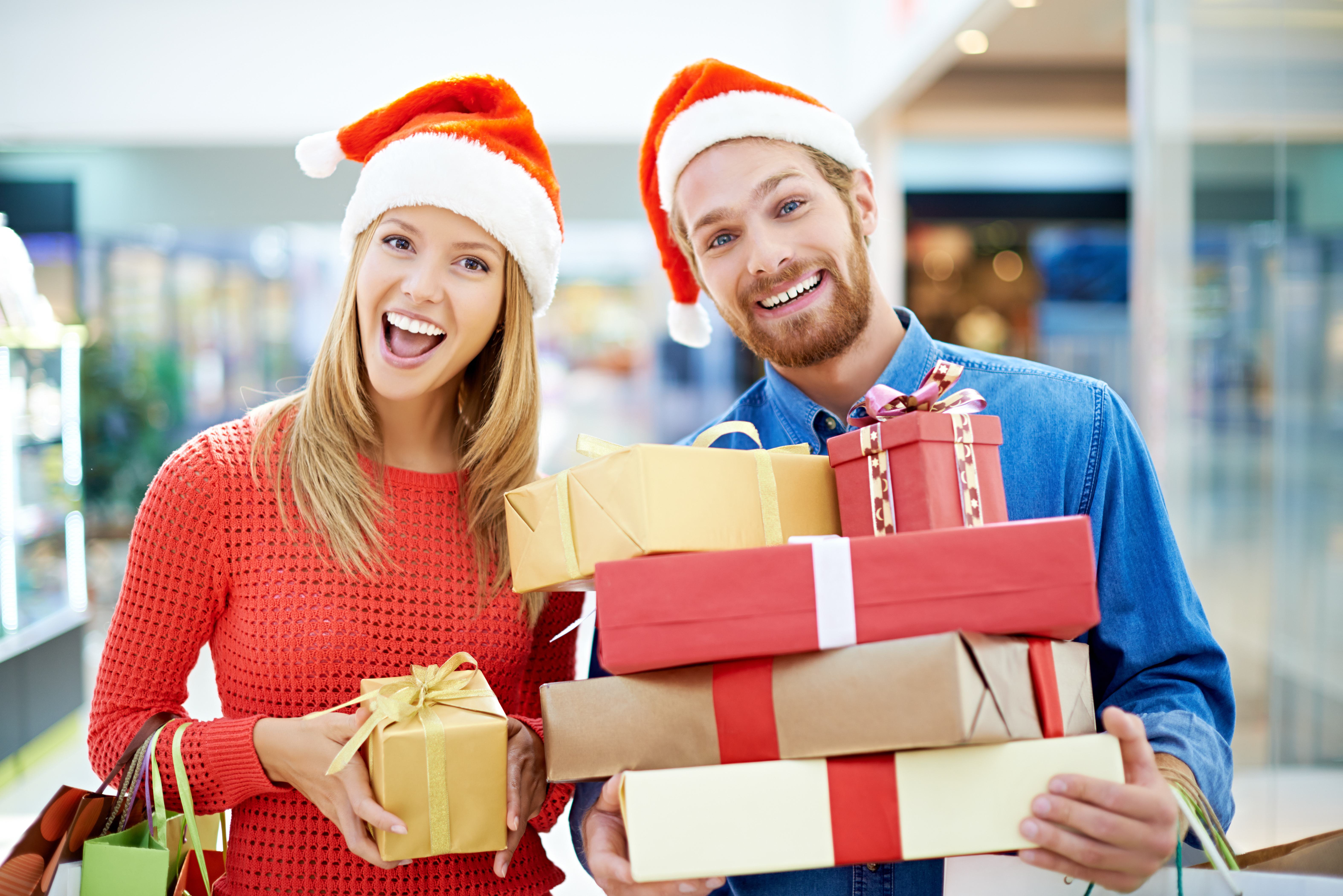 As fractious and unpleasant as this election campaign has been, we should give thanks for at least one positive result: It seems to have held back some of the usual front-running of the Christmas shopping season.

In recent years, marketers and retailers worried whether consumers would turn out for the annual holiday buying binge -- which could make the difference between having a good or bad year -- have been pulling forward their Christmas advertising instead of waiting for the usual kickoff, around Halloween. In some instances, ads were starting as early as September, around Labor Day.

The result was that millions of people beginning to look for pumpkins, candy or costumes in brick-and-mortar stores found themselves walking past displays of Christmas trees, lights and ornaments. Online, it's been even more blatant, with home pages and ads peddling Christmas merchandise along with trick-or-treat trappings.

This year, however, Christmas creep -- as the phenomenon is known -- has been pushed back as the holidays follow the calendar more closely. The reason looks to be the intense interest in the presidential race, which has been getting so much attention that at times it feels as if it's sucking up most of the oxygen in the room. Indeed, among the theories about the sudden, surprising decline in ratings for NFL games is that eyeballs have turned from tackling on the gridiron to tussling between Hillary Clinton and Donald Trump.

In addition to how hard it is to get someone to notice an ad when they're checking fivethirtyeight.com multiple times a day, there's the presence of gazillions of election ads on TV and online. Cutting through the clutter when a marketer should compete with other marketers is challenging enough, much less when political appeals are omnipresent.

Another negative: a study indicating that a regular ad following a political ad may have less impact, effectiveness and value than if it follows another regular ad.

All that has persuaded many big names on Madison Avenue to hold off on their holiday calendar shenanigans. For instance, Target, which in 2012 kicked off Christmas around Oct. 8, inserted its Holiday Toy Spectacular circular into newspapers this past Sunday, Oct. 30.

Those Sunday papers also carried the annual Toys "R" Us catalog -- a.k.a. the Great Big Toys "R" Us Book of Awwwesome -- as well as circulars for Michaels ("Get ready for the holidays") and coupon inserts featuring ads for Jet.com decorated in red and green and carrying this headline: "Make a list. Check it twice. Watch prices drop as you holiday shop."

In magazines, a horde of Christmas-themed ads are running in November issues, reaching subscribers and newsstands now, rather than in October issues, which came out in September. The names taking a pass on Christmas creep include the Company Store, Domino sugar, Hidden Valley Ranch dips, Kellogg's Rice Krispies, Kraft cheese and the United States Postal Service.

The new coupon mailer that just went out to Costco members, dated Oct. 27 to Nov. 27, has a single holiday ad, for Lenovo laptops, promising "Peace, joy and flexibility."

And on television, Christmas commercials so far have been fewer in number, while their contents reflect the downplaying of holiday creep. For example, in a Best Buy spot that began appearing last week, Santa Claus doesn't get a starring role but merely makes a cameo appearance; his hat is visible in the background as a customer talks to a clerk.

In the same vein, Santa is incognito in a commercial touting Kmart's layaway service wearing a Hawaiian shirt and shorts. The elf accompanying him is in civilian garb, a T-shirt and jeans.

I'm thrilled about this trend because messing with what the public expects in the way of the promotional calendar only hurts the image of those who work on Madison Avenue and reinforces impressions that they're hucksters who just are interested in a fast buck.

To be sure, there are folks who like Christmas to come earlier, buying what they want before the crowds clog store aisles or before popular products like toys disappear from shelves. And it's true that the advent of online shopping has blurred the traditional distinctions between the Halloween and Christmas shopping seasons because if you want to buy masks you can easily navigate your way past the tinsel.

Still, there are millions upon millions of Americans who resent that holiday merchandise turns up at retail when the Halloween items are still for sale. Gersh Kuntzman of the Daily News spoke for them when he bemoaned the imminent opening of the Bank of America Winter Village in Bryant Park before Oct. 31.

The anti-creepers aren't all behind the times or old fogies. They realize it's a losing battle to insist that retailers and marketers wait until the day after Thanksgiving to run Christmas ads, as they did decades ago when Miracle on 34th Street delighted moviegoers.

I see how unhappy they are each October, when my Twitter feed fills up with photos taken in stores such as Duane Reade depicting Christmas trees and candy canes not far from Halloween displays. All they -- and I -- ask is for a decent interval of 24 or 48 hours before "Boo!" gives way to "Ho! Ho! Ho!"

Besides, with younger consumers increasingly demonstrating their ardor for authenticity and heritage, brands that just say no to Christmas creep, citing how it wasn't done like that back in the day, could win praise and business.

Just look at the growing support for the old-school practice of closing stores on Thanksgiving Day or Black Friday. REI, which won two Grand Prix honors at the Cannes Lion International Festival of Creativity for its innovative "#OptOutside" initiative during the 2015 holiday season, liked the results enough to announce last week that for Black Friday 2016 it again would shut its stores and website, as well as pay its employees, to devote the day to outdoor pursuits.

The goal, REI says, is to create a "new holiday tradition" and a "cultural counterweight to Black Friday." Or in other words, Christmas creep is, well, creepy.

To let others know about this, click the social buttons above.