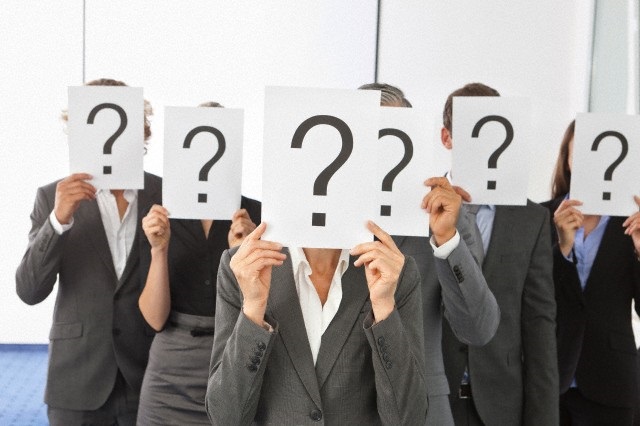 One of the best friends of a columnist, apart from an elastic deadline, is the perennial feature, and I was known for one during my more than two decades writing for my previous employer. It was called "20 Questions," a column that would run before or after major holidays. Since we're about to celebrate Thanksgiving I thought it would be fun to revive it for my MediaVillage audience.

A longtime reader used to say that "20 Questions" offered "cheeky inquiries" on advertising, media and popular culture. See if you agree.

* Are the CW network and Time Warner Cable aware of the irony when they inform viewers who want to use video on demand to watch episodes of "The Flash" that "the fast forward function has been disabled for this content"?

* If Coca-Cola replaces Pepsi-Cola as the soft drink sponsor of the New York Mets, will the second deck in right field at Citi Field, known as the Pepsi Porch, be rebranded as the Coke Corner?

* Why do commercials for Belsomra, a prescription sleep aid, feature fuzzy creatures with bodies that spell out "Sleep" and "Wake" when an announcer warns that one of the side effects of the drug is hallucinations?

* Were the creators of print ads for the Dove Men + Care line of products aware that the headline -- "Look strong. Feel strong. Be strong." -- echoes a famous slogan, "Look sharp! Feel sharp! Be sharp!," long used by a rival line of men's products, Gillette?

* After signing endorsers such as Tavi Gevinson, who's 19, and Margaret Zhang, who's 22, for a campaign for its 3-Step Skin Care System, will Clinique's next big idea be an anti-aging product line for preteens?

* As important as it is to encourage Americans to eat more fruit, is it really necessary for Sun-Maid to introduce yogurt-covered raisins in "caramel sea salt" and "chocolate hazelnut" flavors?

* Were the folks who created the Test Man character for Verizon inspired by a moment in the 1939 movie "The Story of Alexander Graham Bell" when Don Ameche, who plays Bell, asks Henry Fonda, who plays Watson, "Can you hear me now?"

* Has Time Out New York stopped hearing yet from readers who couldn't believe that the magazine's capsule summary of the plot of "Casablanca" for a summertime Rooftop Film Club listing referred to the hero, Rick, as "a World War II soldier" instead of a nightclub proprietor?

* Did the folks who created a branding campaign for Qualcomm realize that the theme, "Why wait," echoes the suicide note of the inventor George Eastman, which read, "To my friends, My work is done why wait?"

* How many English teachers vow to give up chocolate whenever they see the print ads for Snickers that carry the headline "To each their own satisfaction"?

* Was it a coincidence that an article in the December issue of Car and Driver magazine about driving on wintry roads to find "the season's best studless snow-and-ice tire" was illustrated with photographs by Tom Salt?

* Will ads for Parsons Xtreme Golf equipment that proclaim its clubs are "the duck's nuts" attract a takeover bid for Parsons from the company that makes Big Ass Fans?

* Similarly, with Rolaids proclaiming that it "kicks acid," All declares that it "kicks grass" and Chipotle urging customers to try its "kick Hass guac," will consumers have any legs left with which to kick the can, kick the bucket or kick the dust up?

* Have the leaders of DDB and Omnicom Group, who've agreed to spend about $270 million to buy the Brazilian agency Grupo ABC, ever heard the saying that Brazil is "the country of the future -- and always will be"?

* With the new Tory Burch fragrance Absolu joining Absolut vodka on store shelves, how long will it be before a marketer trademarks the brand name Absol?

* In the commercials for Jublia featuring Mario Lopez as a reporter on the red carpet, how does he know to say "our next arrival is ... whoa, toenail fungus?!?" when the woman arriving behind him is wearing closed-toe shoes?

* If you book a trip with Costco's travel service, must all the flights be made on jumbo jets?

* Will a self-appointed Christmas warrior who is scrutinizing coffee cups for religious symbols take a break from his zealous, pointless task to tell a reporter, "You ask a lot of questions for someone from Brooklyn"?