Stuart Elliott: Seems Like Hard Times for Magazines are Getting Harder 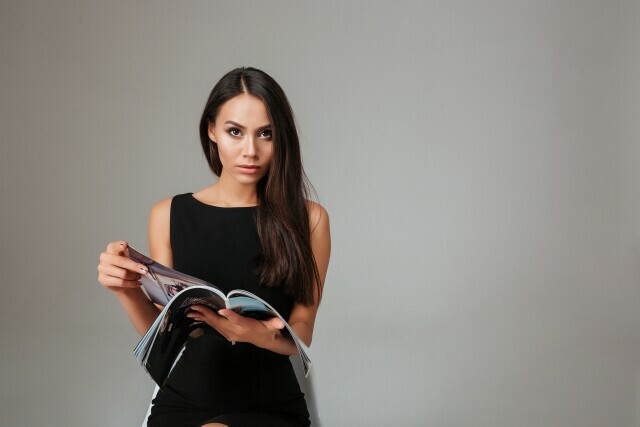 Last month, a lot of American magazine executives must have been looking up the lyrics to "September Song," especially the chorus: "Oh, it's a long, long while from May to December, but the days grow short when you reach September."

An industry that certainly has been struggling recently was further rocked on its heels with a month of shocks and setbacks. First, the fashion magazine Nylon disclosed that it would end its print edition, after the October issue, and shift to online only.

Next, in the course of a week, four of the business' best-known names announced unexpectedly they'd be stepping down from their top editorial-side posts: Graydon Carter at Vanity Fair, Nancy Gibbs at Time, Cindi Leive at Glamour and Robbie Myers at Elle. Not long after, a seminal American magazine, Rolling Stone, was put up for sale, with its owners advising potential buyers they ought to slash the editorial budget by 30 percent and cut the frequency from twice a month to monthly.

The coverage of all those dour developments was, not surprisingly, downbeat. Among the headlines: "The Publishing Industry Knows 'Winter is Coming'" (Adweek), "Why the Exodus of Four Top Editors Marks the End of an Era for the Magazine Industry" (CNN) and "A Not-So-Glossy Future for Magazines" (The New York Times).

As if to put an exclamation point on the negative news, September ended with the death of one of the most influential magazine moguls of all time: Hugh Hefner, whose empire began with the first issue of Playboy in December 1953. (And this month started ominously, with the death of another: S.I. Newhouse Jr., known as Si, who helped develop Condé Nast into one of the world's most important publishers.)

Hefner and Newhouse were emblematic of an era, often described as "the century of the magazine," during which entrepreneurs fervently believed that a sure-fire way to make their mark was to start, or buy, a magazine or two (or more). Their ranks also included Henry Luce, of Time, Life and Fortune fame; DeWitt and Lila Wallace, creators of Reader's Digest; and Jann Wenner, who founded, and now is selling, Rolling Stone.

The story of how Hefner launched Playboy has echoes of today's start-up culture: the funds he used for the premiere issue included $8,000 he borrowed from banks and investors. Hefner achieved the kind of national celebrity, and notoriety, that's usually gained nowadays by becoming a kingpin of Silicon Valley media platforms; indeed, just as Mark Zuckerberg of Facebook is "Zuck," Hefner went by "Hef."

It's easy, maybe convenient, to conclude that the deaths of Hefner and Newhouse, along with the other events of the last month, signal the curtain is coming down for good on the magazine century. There also are additional concerning omens, in the form of reports about the editorial-side and business-side budgets in the process of being drawn up for next year. There's speculation that the cuts coming for 2018 were significant, even drastic, enough to prompt the departures of one or two of the top editors who quit in September.

Yes, it has been clear for some time that print has been giving way to digital. The signs are everywhere, from the extensive coverage of the industry's September blues to the subscription solicitations that offer a year's worth of issues of a blue-chip title for the price of a single copy.

Still, I'm not quite ready to write "finis" to magazines. There are many launches every year, even if not at the snappy pace of the past. For example, in 2017 Hearst Communications brought out one magazine inspired by Airbnb and another by Ree Drummond of "The Pioneer Woman" TV series.

Marketers and readers continue to spend billions of dollars each year to buy magazines and magazine ad pages. Of course, those totals are falling -- in some instances, precipitously -- but there are scores of digital publishers that would give plenty of pixels for the revenues being racked up by legacy magazines.

One answer to declining profits may be to accelerate the industry's consolidation. For instance, Rolling Stone likely would benefit from being part of a larger publisher. Rodale, owner of such magazines as Men's Health and Prevention, is up for sale, with Hearst identified as a possible acquirer. And there are rumors of some kind of a combination of Time Inc. and Meredith, despite a deal between them falling through.

Another answer to the profit squeeze could be more aggressive promotional efforts for magazines as a medium, which would require rival firms to join forces for the greater good of all rather than aiming fire at each other. A promising step is being taken this week by 30 companies that belong to the industry's trade organization, MPA -- the Association of Magazine Media; they're undertaking a marketing campaign, scheduled to run from now through March, carrying this assertive theme: "Magazine Media. Better. Believe it."

Magazines also remain a central part of the nation's cultural conversation. It's partly because of the renaissance of reportorial media during the Trump presidency and partly because so many digital magazines bear the names of the print publications from which they were born.

That suggests another path for magazines through the 21st century, via more collaboration and cooperation between their print and digital editions. The march of time will take care of questions about who will be in charge: the next generation of senior editors and publishers will be, by definition, more focused on digital and video than their predecessors.

The future for magazines may not be glossy, but it could be brighter than it appears after a September to forget.