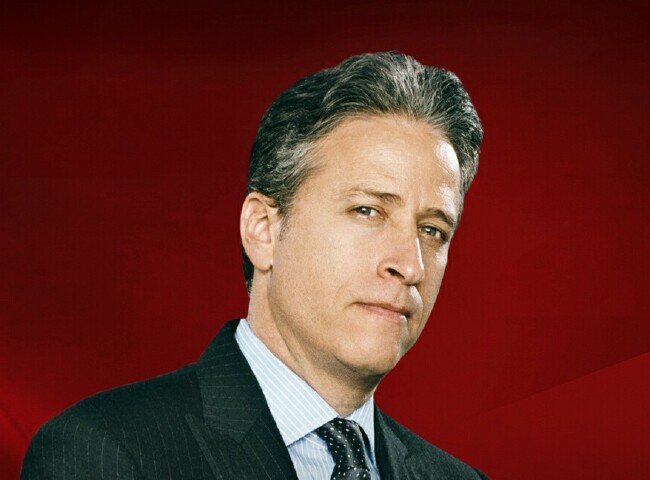 How much of a seminal media moment was Jon Stewart's goodbye to "The Daily Show," Comedy Central and Viacom?

In an era when corporate synergy often dictates what's deemed newsworthy, MSNBC, a cable channel outside the Viacom orbit, devoted a one-hour special, "Jon Stewart Has Left the Building," to his departure.

Stewart's leave taking after 16 years -- dubbed #JonVoyage for social sharing -- triggered an outpouring of fond farewells from all strata of the media ecosystem, from an editorial in the Daily News that saluted him as "a major figure in the democratic process" to a paean in the New Yorker that led the Talk of the Town section and was written by the magazine's august editor, David Remnick.

Sure, there were detractors. Stewart was labeled "the patron saint of liberal smugness" in a New York Times opinion piece and derided on Twitter as "Obama's boytoy" who failed in his mission against the right wing. (He sort of agreed with the latter critique, wryly declaring on his penultimate episode that, except for perhaps the Mets, "the world is demonstrably worse than when I started.")

There was something else drawing considerable attention on that next-to-last episode: two commercials from Arby's, long a target of Stewart's mockery for the poor quality of its food. One spot sardonically reprised some of his most strident japes ("Technically, it's food") in a supercut set to the "Golden Girls" theme song, "Thank You for Being a Friend," and the other introduced a corned-beef sandwich in his honor.

The commercials generated "incredible social buzz," according to Adweek, and the following evening, the chief executive officer of Arby's, Paul Brown, joined high-profile Stewart targets over the years such as Wolf Blitzer, John McCain and Bill O'Reilly who got to wish him good riddance in a compendium of clips; "it's like your TV threw up on your face," Brown said of Stewart's oeuvre. A phalanx of deliverers bearing meals from Arby's even turned up in a video narrated by Stewart offering a humorous look at what it was like working for him at "The Daily Show" offices.

That Arby's chose to engage so vociferous a critic rather than ignore him, fighting snark with snark, is an example of the legacy that Stewart leaves behind. He has changed the landscape not only for entertainers but also for advertisers.

For one thing, it's now considered clever to do what Arby's did and employ sarcasm as a marketing tool, adopting a tone of voice that in the past was deemed too dismissive or condescending for Madison Avenue. Arby's scored by smothering Stewart in a warm embrace -- well, as warm as an Arby's sandwich under a heat lamp.

Arby's also demonstrated how mainstream, blue-chip brands no longer shy from sponsoring content espousing provocative points of view, which they once avoided for fears that consumers would consider such fare too controversial or polarizing. The list of sponsors of the Stewart finale included Anheuser-Busch InBev, AT&T, General Motors, Hulu, Hyundai, PepsiCo, Priceline Group, Samsung, T-Mobile, Time Warner and Unilever.

In a delicious twist, there even were commercials for a pair of movies being distributed by the 20th Century Fox division of 21st Century Fox, which also owns what may be Stewart's No. 1 nemesis, Fox News Channel. Politics may make strange bedfellows but, these days, so does engaging content, even if it turns off a considerable segment of the population. That's especially true when those who like the content in question are as attractive an audience as Stewart's was; according to data from MagnaGlobal, his "Daily Show" viewers were more affluent than the folks who watch other late-night programming.

And speaking of affluent, Viacom charged a pretty penny for commercial time in the Stewart finale: about $230,000 for each 30-second spot, according to reports, compared with a recent typical rate of around $46,000. The episode drew, by preliminary Nielsen counts, an estimated 3.5 million viewers, the second-biggest total in "Daily Show" history.

That figure, of course, doesn't include those watching the episode online, which brings up another Stewart legacy: helping pave the way for the new methods of watching television that eschew the TV set. A show like his was a perfect source of the short, snackable clips that people on PCs, laptops, smartphones and other devices prefer to peruse.

Stewart leaves for his successor, Trevor Noah, a daunting list of accomplishments to try matching or surpassing. Noah's journey begins Sept. 28 in what will be one of the biggest shows of the new fall season, along with Donald Trump in "The Celebrity Apprentice Candidate."