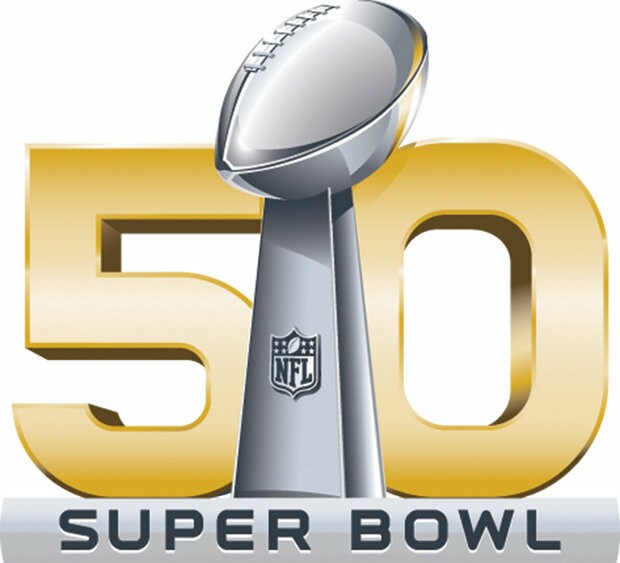 The big story on Sunday in Super Bowl 50 is likely to be the faceoff between the veterans and the eager rookies. There also are different levels of experience among the football players.

More than three dozen brands are buying commercial time on CBS during the game, from Acura to Wix.com, with each 30-second spot said to be going for a record $5 million. There is a mix of marketers that are perennial Super Bowl sponsors -- Anheuser-Busch, several automakers, Coke, Doritos, movie studios, Pepsi, Snickers -- and those entering the Super Bowl sweepstakes for the first time.

The newcomers for 2016 include such familiar names as Amazon, Buick, Colgate, LG, PayPal, Pokemon and SunTrust, along with brands still wet behind the ears like Apartments.com; Persil ProClean detergent; Rocket Mortgage, the Quicken Loans online mortgage service; and Social Finance, known as SoFi, a marketplace lender.

Every advertiser is taking risks. If the commercial is deemed a flop, or gets lost in the cacophony of Super Bowl Sunday, all the time and money spent on it are wasted. But a rookie gets watched more closely, and many don't survive the additional scrutiny.

There is a lengthy list of Super Bowl virgins whose one time at the game was so traumatic that they never returned; examples include Groupon, Holiday Inn, HomeAway and Just for Feet. Still, hope springs eternal, as evidenced by the roster of novices suiting up for the 50th Ad Bowl within the Super Bowl.

"I'm excited and thrilled," she added, "but there's no question it's pressure."

"It's a formidable bunch" of advertisers in the lineup, Johnson said. "All the premier brands will be there and we'll see some excellent ads."

The SunTrust commercial, which the bank worked on with the StrawberryFrog agency, promotes a new initiative called the "onUp movement," short for "onward and upward." The message: Stressing out about money can result in missing out on life's important moments. 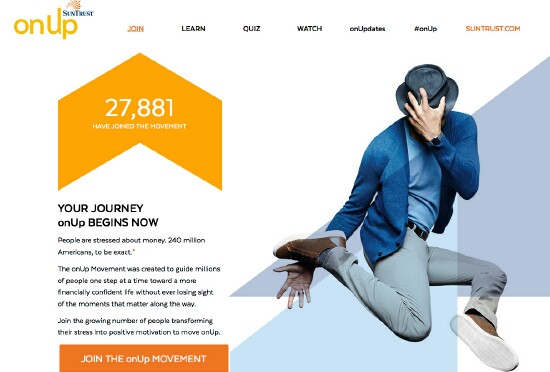 "Launching this movement is a big deal for us," Johnson said. "We're trying to inspire America."

To that end, a decision was made that the commercial ought to have a "clearly optimistic" tone, she said, adding: "It's not a time to talk about a dismal future. It's a time to give them hope."

"When doing a Super Bowl ad, you need to keep the mood of the nation in mind," said Scott Goodson, founder of StrawberryFrog. Because "people are fearful, anxious, with all that is happening in the world," he added, they "want to feel good, and empowered" -- hence a reassuring approach "that anyone can achieve financial confidence."

"We looked at the numbers" involved with the Super Bowl, Johnson said, especially "the reach, who you reach before, during and after" the game, and there's "no question" the Super Bowl is the right venue for introducing the campaign.

The idea is that "anybody can take this journey and start enjoying their lives again," she added, by reaching a "level of financial confidence" through SunTrust's "financial fitness program."

SunTrust has released a 15-second teaser for its 30-second Super Bowl commercial, which can be watched on the onUp website as well as on YouTube. The teaser features a ticking clock and vignettes of everyday people. An announcer urges, "Hold your breath ... hold it ... hold it," adding, "Join the movement at onUp.com."

On the other end of the spectrum from SunTrust and StrawberryFrog are brands and agencies that have been to the Super Bowl many, many times. Take BBDO, for instance, which has a reputation as a Super Bowl specialist, having created, down through the decades, commercials for clients including FedEx, Mars and PepsiCo. For Super Bowl 50, BBDO is producing spots for two brands, Mtn Dew Kickstart and Snickers.

"You love doing it; it's liberating," said David Lubars, chief creative officer of BBDO Worldwide. But there also are dangers in producing a poorly-received commercial, so agencies must strive to develop "the big idea," he added, which "has to be more than just a one-off."

Lubars cited as an example a commercial that BBDO created last year for Super Bowl XLIX, part of the "You're not you when you're hungry" campaign for Snickers. "The spot still runs," he said, which means the costs associated with it have been "amortized over a year."

There are other benefits from having a popular and successful Super Bowl spot, he added, such as mentions and shares in social media, coverage in articles (like this one) and reruns of the commercial in TV shows.

"The ones that really pop have great value," Lubars said, and the ones that don't -- well, "it's almost like they never happened."

The hoopla associated with the game each year seems to be ramping up for Super Bowl 50, and the ad aspects are no exception. CBS, which usually broadcasts a special called "Super Bowl's Greatest Commercials" in the run-up to the game, has scheduled two of them this time: One was on Tuesday and the other will be on Saturday.

"Plus every night at 8 p.m. starting Monday," he added, "we will open the network from San Francisco with a spot" promoting the game.