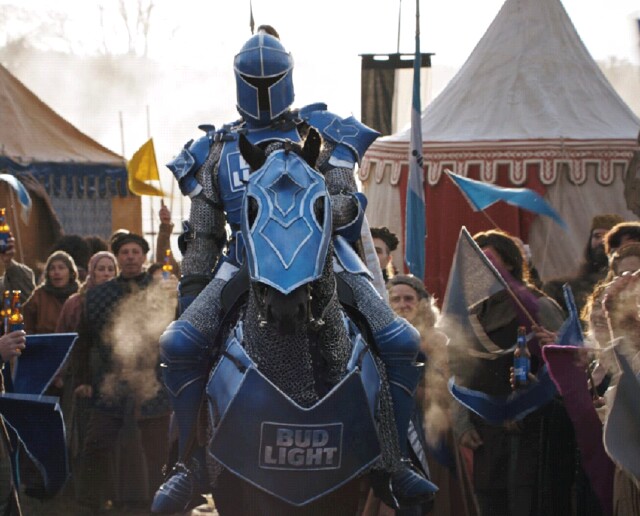 With so many of the ads of Super Bowl LIII celebrating higher intelligence, too bad all those robots, voice assistants and smart devices couldn't have collaborated on better commercials.

It was one of the stranger ad bowls inside a Super Bowl that I've had the privilege to watch, and I've watched a lot of them; Sunday was my 30th. Sure, viewers saw plenty of spots infused with elements familiar from decades of big-game pitches: celebrities, humor, animals, music, sight gags, schmaltz, surprise endings.  But the spots also brought up other themes in new ways that spoke to the cross-currents of life in 2019.  The result was a hodgepodge amid a boring game, with few messages that broke through other than a stirring spot, saluting the important work that journalists do, from the Washington Post.

Appropriate for cross-currents were the cross-over commercials, echoing the vintage Certs ads devoted to "Two! Two! Two mints in one."  By far the best was the spot for Bud Light that did double duty as a trailer for the upcoming, final season of HBO's Game of Thrones (see photo at top).  Now that the Bud Knight is dead, does that mean the death of the brand's lame "Dilly dilly" catchphrase?  We can only hope.

Other criss-crossers included commercials for T-Mobile, with cross-promotions for Lyft and Taco Bell; for Burger King, which touted one of its stable mates in the 3G Capital empire, Heinz ketchup, and for Stella Artois, which brought together Carrie Bradshaw of Sex and the City, the Dude of The Big Lebowski and the actor who played the Most Interesting Man in the World in a campaign for a rival beer, Dos Equis.

Another sign of our contemporary cross-currents was the notable increase in commercials for and about women, not only reflecting the growing dialogue about gender but also that women make up almost half the typical Super Bowl audience.  In fact, in most years it's the Super Bowl, not the Oscars, that is the most-watched TV show among women.

The biggest news from the ad bowl was the rush among advertisers to center their commercials on technology: artificial intelligence, voice assistants, robots, electric cars, streaming video.  Was it an embrace of the brave new world ahead of us?  Anxiety on Madison Avenue to not appear outdated and out of touch?  A tribute to our soon-to-be mechanical overlords?  Whatever the reason, it reminded me of the "dot-com bowl" in Super Bowl XXXIV in 2000, when close to two dozen spots were bought by internet marketers.  Advertisers taking tech paths Sunday included Amazon, Audi, CBS, Google, Hulu, Mercedes-Benz, Michelob Ultra, Microsoft, Netflix, Pringles, SimpliSafe, Skechers, Sprint, T-Mobile, Toyota and TurboTax.

The results varied wildly.  A near-death experience from Audi and a creepy "RoboChild" from TurboTax were off-putting.  Both Michelob Ultra and Pringles mocked A.I. for being, well, artificial.  The winner clearly was Mercedes-Benz, with a clever commercial for its A-Class voice assistant starring Ludacris, Lassie, the Road Runner, Wile E. Coyote and Willy of Free Willy.

As strange as the fetish for futuristic tech was the fact that two Super Sunday commercials were inspired by Andy Warhol: a whimsical animated Coke spot that ran before the national anthem, based on his philosophy that "a Coke is a Coke, and no amount of money can get you a better Coke," and the Burger King spot that paired the Whopper with Heinz ketchup.  The latter ad, excerpted from a short by a Danish experimental filmmaker, has a fascinating back story, which includes a revelation that Warhol originally had wanted a burger from McDonald's (but ate the Whopper).

Hmmmmm.  Could the Certs-like double dose of Warhol be because his most remembered remark -- "In the future, everyone will be world-famous for 15 minutes" -- is, like so many of the tech commercials, about looking forward?  Don't be surprised, then, if the stand-out star of the 2020 ad bowl is a spot with a robot version of Warhol, or a voice assistant that talks just like him.