Stuart Elliott: Take Me Out. To the Ball Game? 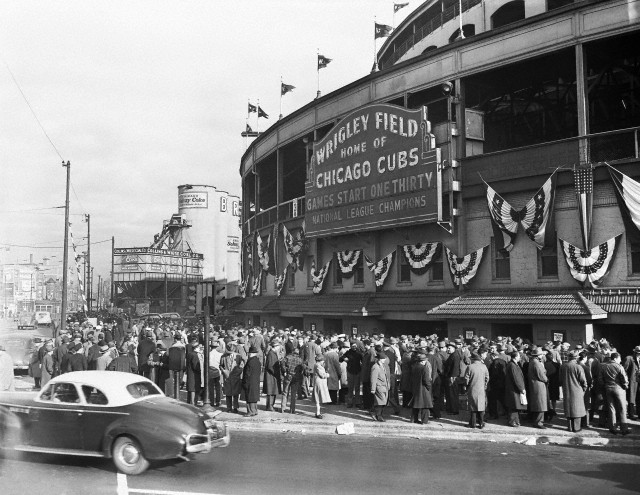 Memorial Day marks the unofficial start of summer, and nothing says summer like baseball, known for decades as "the summer game."

The sentence above illustrates why baseball is having such a tough time marketing itself to the new fans it so desperately needs to remain vibrant. It's almost impossible to write about baseball without using words like "decades" or "generations." Sure, tradition is fine -- Millennials, research indicates, find attributes like authenticity appealing -- but baseball seems "old-fashioned and stuck in the past," the comedian Chris Rock warned recently on HBO's "Real Sports."

"Baseball is dying, literally," Rock said. "Baseball should be terrified."

On the other hand, it was nice to see a commercial on Fox for the Apple Watch, the tech product of the moment, during last Saturday's game between the Boston Red Sox and the Los Angeles Angels. Too bad there was a commercial for Viagra during the same game.

As a devoted baseball fan whose uncle owned a delicatessen near Ebbets Field when the Brooklyn Dodgers played there, I'm delighted to offer ideas -- nine, in honor of the number that baseball revolves around -- on how to market baseball to help make it more contemporary while still keeping heritage as a selling point.

1. Major League Baseball ought to turn one of the two oldest stadiums, Fenway Park in Boston or Wrigley Field (pictured above) in Chicago, into an urban theme park for the sport, where fans could watch exhibition games; meet players, current and retired; and learn about the finer points of the game from umpires, coaches and managers. (The National Baseball Hall of Fame and Museum could continue to focus on history.)

2. Advertise more outside of game coverage. Fans of other sports are a logical target; for example, why not a commercial during the Super Bowl declaring there's only X days before pitchers and catchers report for spring training? (If the National Football League says no, run spots during local-market station breaks.)

3. Encourage baseball's official sponsors such as Bank of America, Bayer, Coldwell Banker, Ford, MasterCard and Pepsi-Cola to feature the sport's more mediagenic stars in ads, promotions and other marketing initiatives. Procter & Gamble already has done that, with humorous commercials for Head & Shoulders shampoo with the Angels pitcher C.J. Wilson. (Imagine Jacob deGrom, the Mets pitcher with the long locks, in a hair-care spot.) Enlisting as pitchmen other young standouts like Kris Bryant of the Chicago Cubs, Matt Harvey of the Mets, Bryce Harper of the Washington Nationals, Andrew McCutchen of the Pittsburgh Pirates and Mike Trout of the Angels could benefit the brands as well as baseball.

4. Reach out more to minority groups. In Rock's rant, he complained that baseball is losing African-Americans, which is a red flag: "Black America decides what's hot. Lose black America, you lose young America." And MLB needs to really rev up its efforts to address the growing LGBT market; a new line of official pride merchandise is a good step but a small one, with shirts and caps for only seven of the 30 teams.

5. Follow the scarcity model of sports such as pro football and reduce the number of regular-season games. With all the new, additional rounds of playoffs, the regular season can feel like more of a slog than ever.

6. When teams present Old-Timers' Day or Turn Back the Clock games, increase engagement by encouraging fans to participate. Tickets would be cheaper or free for fans wearing throwback uniforms and team gear or sporting old-timey beards or mustaches.

7. And while they're at it, come up with a new name for Old-Timers' Day.

8. The major leagues ought to borrow a page from the playbook of the minor and independent leagues and put on promotional events that eschew tired traditional themes for offbeat, timely or tongue-in-cheek concepts likely to be catnip on social media, whether salutes to expectant mothers on, yes, Labor Day; treasure hunts; searches for "Baseball's Best Burger" or "umpireless" games. A caution: There's a fine line between clever and stupid, as demonstrated last week after a minor-league affiliate of the Tampa Bay Rays canceled and apologized for a promotion that would have mocked the steroid troubles of the New York Yankees star Alex Rodriguez by giving away juice boxes.

9. Ask the media partners that telecast games to stop running ads for Viagra and other erectile-dysfunction drugs -- not on grounds of taste, but because they make baseball seem old and out of it.

10. I know there were supposed to be nine ideas, but ... move the Dodgers back to Brooklyn or award an expansion team to the hot (and cool) borough.

The opinions and points of view expressed in this commentary are exclusively the views of the author and do not necessarily represent the views of Media Village management or associated bloggers. Image at top courtesy of Corbis.