Stuart Elliott: The ANA Conference, Then and Now 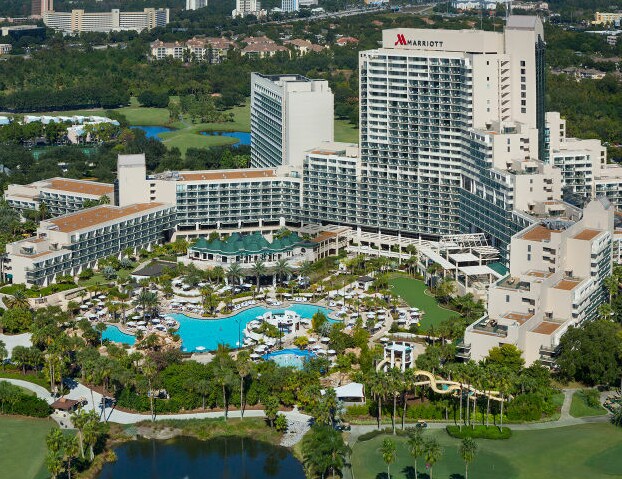 Mention "autumn" to normal people and they'll think about leaf peeping, what to wear for Halloween or the abundance of everyday foods that can be found in pumpkin spice flavors. To someone who has followed Madison Avenue for many years, it also brings to mind what might be the premier event of advertising, marketing and media.

It's the annual conference of the Association of National Advertisers, known for the last decade or so as ANA Masters of Marketing. The 2015 conference, being held in Orlando, Fla., at the Orlando World Center Marriott, starts today and runs through Oct. 17.

Although I won't be at this one, I've reported on 22 of them, from 1991 through 2013. That goes back far enough to when the ANA met at genteel, remote resorts such as the Homestead, reminiscent of restricted country clubs, and ended each conference with a black-tie dinner-dance with big-band entertainment.

The association bills the conference as "our industry's signature event" and, for once, it's not huckster hyperbole. Masters of Marketing usually has a huge turnout for an event of its type and draws a Who's Who of marketing chiefs and maestros from such ad mainstays as Allstate, AT&T, Bank of America, Coca-Cola, General Electric, General Mills, Google, Microsoft, Mondelez, PepsiCo, Procter & Gamble, Progressive, Visa and Walmart.

The conference achieves its popularity and success by following a simple yet effective formula. The presence on the program of the panjandrums of marketing -- making speeches presumably filled with pearls of wisdom -- encourages their peers and competitors to attend.

That rock-bottom, terrible turnout was the result of factors that included a head-scratching decision by the then-leaders of the ANA to sell sponsorships of daily general sessions and speaker slots -- at $100,000 apiece -- to media companies hoping to promote themselves to audiences of potential customers. The result was three years of agendas that were widely derided as infomercials or advertorials.

I covered those conferences when I was the advertising columnist at The New York Times and they were excruciating to sit through. That is, when we reporters were allowed to sit through them: A couple of years before the sponsorship fiasco, the ANA top brass decided to exclude outsiders from what was designated as a "members day"; even the agency executives who took part in a panel were kicked out of the dinner that followed.

After those shenanigans, a group of major marketers determined they had had enough and changed the leadership of the ANA, installing Bob Liodice as president and chief executive officer (posts he still holds today). Liodice recruited two respected marketers, Jim Speros and Jim Stengel, to help him refocus the purpose of the conference and, crucially, to encourage well-respected members who direct marketing for blue-chip firms to participate in the programs, primarily by offering real-world, "how I did it"-style case studies in presentations.

The turnaround began almost immediately and the ANA hasn't looked back. There has been grumbling over how crowded the conferences are and whether the association may be killing the goose laying the proverbial golden eggs. (And golden they are, with individual member registrations at $1,795 each; for individual nonmembers, they're $2,495.)

It's easy, and fashionable, to question the meaning, or lack thereof, of annual industry events like Masters of Marketing or Advertising Week, and I must admit I've been guilty of wondering occasionally what purpose they serve beyond being schmoozefests.

Still, when you look back you can find valuable nuggets that shine today such as references in 1994 to "the dizzying changes being wrought by the new media" and concerns "about the blurring of the line between advertising and editorial."

There was also this admonition that year from Rishad Tobaccowala, then of Leo Burnett and now of Publicis Groupe: "Get used to dealing with chaos. This is not an evolution; this is a revolution. In a revolution, kings and queens lose their heads; think like a peasant."

Boy, imagine how well off you'd be if you'd bought peasant futures then.