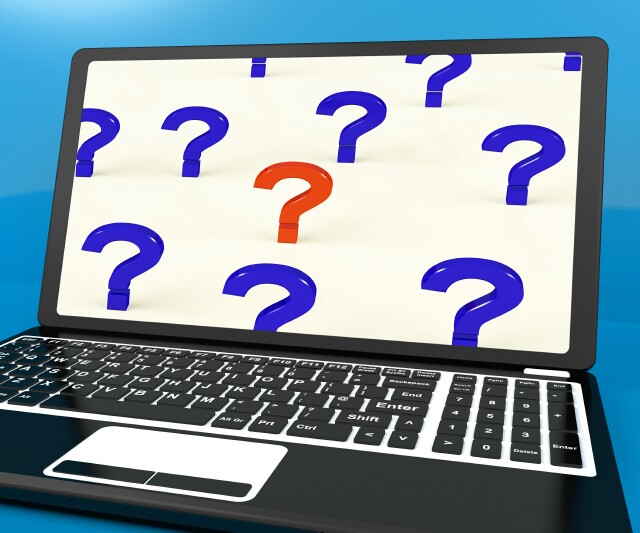 With the NewFronts and Upfronts behind us, and a holiday weekend ahead, it seems like a good time to ask another "20 Questions" about advertising, marketing and media.

Has there ever been a more mealy-mouthed euphemism for layoffs at an advertising agency than "talent calibrations," used by the Starcom MediaVest Group to explain recent pink slips?

Did the executives at Volkswagen who greenlit ads for its Driver Assistance features that use the phrase "Just because you don't see it, doesn't mean it isn't there" realize that those words can also apply to the defeat devices on VW diesel cars, which helped the company cheat on emissions tests?

Now that the Pepsi Porch at Citi Field has become the Coca-Cola Corner, can the sponsorship be expanded by asking the TV and radio announcers to celebrate each home run hit by the Mets as a "Coke clout"?

Given that vowel-challenged names are all the rage -- Brgr, Buzzr, Dataminr, Grindr, Hoppr, Krispr, Sprinklr, Uncovr -- should the folks at Liquid-Plumr sue for royalties?

Was Jennifer Garner sending a signal to her estranged husband, Ben Affleck, by describing to a Vanity Fair writer the end of their marriage with a phrase -- "I always say, 'When his sun shines on you, you feel it.' But when the sun is shining elsewhere, it's cold" -- that sounds so much like dialogue -- "It's like the sun shines on you, and it's glorious. And then he forgets you and it's very, very cold" -- from the movie "The Talented Mr. Ripley," in which Affleck's longtime friend, Matt Damon, plays a pathological narcissist?

When the chief executive officer of a company that provides special treatment to former National Football League players with dementia was interviewed recently by The New York Times, couldn't he have thought of a better way to explain to the reporter the high caliber of the benefits his firm provides than to say, "It's a no-brainer to offer them this quality"?

Does Sysomos Expion -- the name of a social media relationships management platform -- sound more like a James Bond villain, a thriller that Robert Ludlum never got around to writing or a Greek tanker that spilled a million gallons of oil in the Aegean Sea?

What was the point of the "getaway caper" Toyota Prius Super Bowl commercial in which an actor playing a news anchor says, "Folks, you can't make this stuff up" when on screen the word "Fictionalization" was superimposed?

Speaking of Super Bowl commercials, did the 4As throw a party after seeing the New York Times crossword for Feb. 24 because the answer to 36 across ("Super Bowl highlights, to many") was "ADS"?

Speaking of crosswords, did the Interactive Advertising Bureau throw a fit after seeing the Universal Uclick puzzle for May 21, which appeared in newspapers such as the New York Daily News, because the answer to 57 across ("Website clutter") was "ADS"?

Now that the Johnny Rockets restaurant chain has introduced a prototype that replaces its signature 1950s diner look with a contemporary design, will the entrance to the new eatery be decorated with a sign declaring, "Nostalgia isn't what it used to be"?

How long will it be before Procter & Gamble takes advantage of the decision by the National Basketball Association to experiment with ads on team jerseys by making sponsorship deals for Bounce?

Have advocates who work to prevent drinking and driving considered inventing a device that would prevent car audio systems from playing country songs such as "Drunk on Your Love," "Came Here to Forget" and "You Look Like I Need a Drink"?

When John Miller, who leads the New York Police Department's counterterrorism efforts, recently described the Islamic State's propaganda as of "almost Madison Avenue quality," did he inspire agency executives to revive "Where's the beef?" for a campaign questioning the promises ISIS makes to recruits?

Does The Sharper Image regret running newspaper ads for a hover board that carried the headline "This year's hottest gift"?

Will voters angry at Susan Sarandon -- labeled by Mediate as "competing for the title of Bernie Sanders' most deranged Hillary Clinton attack dog" -- take it out on a brand she endorses by complaining that every time they use L'Oréal their skin feels the burn?

For a radio station with a "greatest hits" or "oldies" format, isn't a #ThrowBackThursday feature redundant?

Did the copywriter who came up with an ad for Ricola throat drops with this line -- "The secret is chrüterchraft, Swiss for Ricola's magical herb blend" -- have fond memories of the 1990s Volkswagen ads about "Fahrvergnügen," a coined German word for driving enjoyment?

Did the TV executives at the Upfronts who outlined plans to revive or reboot just about every vintage series except "My Mother, the Car" tell a skeptical columnist, "You ask a lot of questions for someone from Brooklyn?"