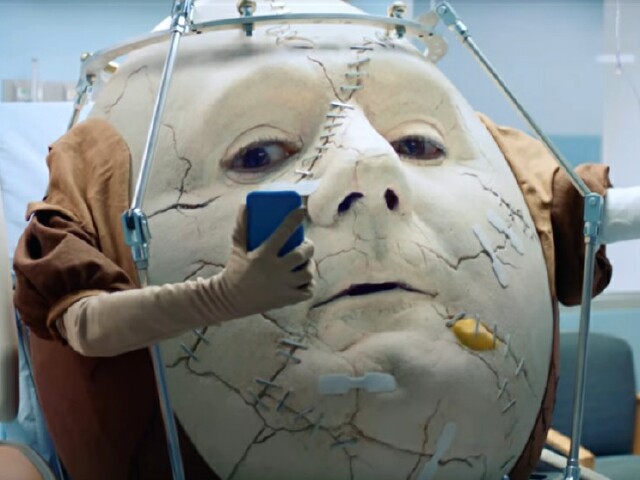 Who'd have thought that it would take Donald Trump to make Super Bowl advertising great again?

Well, maybe not great, but timely, and relevant, and thought-provoking, and worth talking about in a "Did you see that?" or an "Oh no, you didn't" kind of way that hasn't been the case for many years.

Advertiser after advertiser broke with conventional wisdom to tackle topical issues in their spots, defying pundits who predicted that Madison Avenue would play it safe for fear of alienating any of the giant viewing audience. Instead, numerous brands took stands by celebrating immigration, diversity, multiculturalism, inclusion, unity, acceptance, tolerance, the environment and the arts. The change made for ads that, for the most part, were more substantial than the usual Super Sunday fare because they seemed to say more than just "Buy my brand."

And what about commercials that were aimed at the other side? Slim pickings, apart for a spot from the American Petroleum Institute, which made a case for oil, and a spot for Busch, a lower-priced beer that does well in red states.

The marketers taking sides against Trumpism figured they'd draw much more attention with such commercials rather than unspooling ad bowl standbys replete with wacky animals, sight gags and talking babies. And that gamble paid off: Ads embracing progressive values generated far more conversation than their counterparts.

For instance, Talkwater, a social data intelligence company, found that five of the Top 10 Super Bowl spots creating the most discussion online and in social media had those elements: No. 1, Budweiser, centered on the immigrant's journey of its co-founder; No. 2, Coca-Cola, with a paean to a rainbow nation, "America Is Beautiful"; No. 5, Audi, supporting equal pay for women; No. 6, 84 Lumber, also focused on immigration, and No. 7, Airbnb, which declared, "The world is more beautiful the more you accept." A website for 84 Lumber, offering a longer version of the commercial, had so many visitors during the game that it crashed.

The commercials with pointed points of view also did well in terms of likability and favorability. A Kia commercial featuring Melissa McCarthy as a well-meaning but hapless eco-warrior finished first in the annual USA Today Super Bowl Ad Meter competition, followed by Audi in third place and Budweiser in fourth.

The ads that took stands also were noticed by folks who rarely if ever pay attention to the annual scrum among Super Bowl commercials. Two leading Democrats, Senator Charles Schumer and the strategist Dan Pfeiffer, sent tweets approving of the trend.

"Major corporations with large market research budgets have decided that it is totally fine to oppose Trump and his policies," Pfeiffer wrote, while Schumer praised the ads for demonstrating "the country is moving in the right direction: pro-women, pro-environment, pro-immigration, pro-diversity."

That brings up another aspect of those ads. Advertisers crave younger consumers, who are free-spenders and still forming brand preferences, and polls indicate younger Americans largely are against Trump's policy decisions. If the money is where the future is, it makes sense to wave a rainbow flag, as Google did in a spot for Google Home, which also offered other multi-culti nods such as a mezuzah on a doorpost. Or make fun of Trump's "awful" hair, as It's a 10 Haircare did. Or declare that "Art makes life #MoreInspired," as a new Pepsi brand, Lifewtr, did. Or promote a new streaming series, "A Handmaid's Tale," based on a bleak novel about a dystopian future, as Hulu did. (The book was among those that prompted a much-discussed sign noticed last month during the Women's March in Washington: "Make Margaret Atwood fiction again.")

The Hulu commercial even ran twice, thanks to the first-ever overtime in a Super Bowl. Every year, the network broadcasting the game makes contingency plans for overtime, but they never had been implemented until Sunday.

Let the record show that Hulu became the first advertiser to show a Super Bowl spot in overtime, followed by a rerun of a Sprint spot from the second quarter, then new spots for ProActiv and SoFi.

To me, the interweaving of politically charged messages amid more standard Super Bowl ad fare made the night more entertaining, a respite from so many recent ad bowls that were subpar or underwhelming. It became something of a fun scavenger hunt to figure out if a spot was innocuous or had more serious meaning.

For example, was the appearance of a Skittles commercial a wry comment on how the brand unwittingly became enmeshed last year in presidential politics about refugees? Were the growers of avocados from Mexico trying to fill America's kitchens before a punishing tariff was enacted on their product? Were a pair of hilarious Tide ads about a stained shirt making a statement because one of the stars was Jeffrey Tambor, who portrays a transsexual woman in the popular Amazon series Transparent?

Did a TurboTax ad about Humpty Dumpty (pictured at top) have a double meaning because, after all, where did he sit but on "a wall"? And was a Persil ProClean commercial featuring Bill Nye, known as the Science Guy, saying something about the importance of science at a time when it's under attack?

Yes, I could be reading too much into this; sometimes a cigar ad is just a cigar ad. And concentrating on the political content of the commercials may overshadow what the other ads were trying to accomplish.

But when ads fell well short of the mark, being overlooked may turn out to be a blessing in disguise. A commercial for Snickers, for one, misfired badly, failing to take advantage of being live. It was confusing, too. Similarly, I had a hard time figuring out what was going on in a spot from Hyundai, which was produced during the game and aired immediately after it ended.

I was happy to see the return of the Bud Light pitchbeast, Spuds MacKenzie, but baffled as to why he came back as a ghost. Is there a craft beer named Spirit Dog that Anheuser-Busch is targeting? And a spot for King's Hawaiian Bread bore a suspicious similarity to a spot for Bud Light from 2006.

Also, the typical spate of spots infused with bathroom humor, or double entendre about sex or drugs, sunk even lower than they usually do when compared with their higher-minded counterparts. I'm looking at you, Febreze, Intel, ProActive and T-Mobile.

All in all, a more successful Super Bowl for the sponsors this time around, proving you can be patriotic without being a Patriot.