Stuart Elliott: What the @&$!#% Happened at J. Walter Thompson? 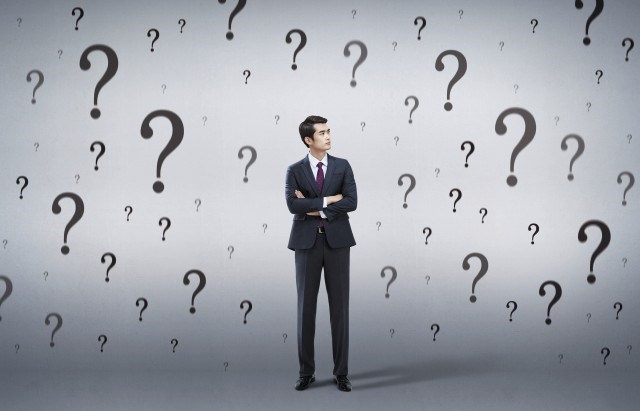 That didn't take long. A week after a lurid lawsuit was filed against Gustavo Martinez, the Chief Executive Officer of J. Walter Thompson, he fell on his sword, resigning "by mutual agreement," the agency's parent, WPP, announced, "in the best interest of the J. Walter Thompson Company." The suit, filed in federal court in New York by the agency's Chief Communications Officer, Erin Johnson, painted a sordid picture of Martinez, alleging sexist, racist and anti-Semitic words and behavior along with a peculiar preoccupation with rape. It reminded me of the scene from "Blazing Saddles" when the villain is recruiting bad guys to attack the town of Rock Ridge. One thug, asked for his qualifications, replies, "Rape, murder, arson and rape." Told he'd said rape twice, he replies, "I like rape." The villain's response: "You'll do."

Despite initial support from JWT and WPP, and denials of the accusations against him, Martinez evidently believed -- or came to believe -- there was no point to fighting on while on the job.

I wondered about the timing of the announcement, coming on St. Patrick's Day, which is an unofficial holiday in New York. Was it the equivalent of a government agency dumping bad news on a Friday afternoon? Still, it gave Johnson and her supporters the right to proclaim, "Erin go bragh."

The suit, as of this writing, is continuing, with JWT, WPP and Martinez arrayed against Johnson; in the most recent development, her attorneys are wrangling over the submission of a video that, they say, offers examples of some of Martinez's offensive remarks.

During my years covering advertising, I interviewed Martinez a time or two; he never said or did anything to suggest a darker side. That's not to say I haven't had experience with top ad leaders shooting off their mouths.

Twice during my career I've had crude, stupid remarks made to me. Once, about 10 years ago, there was a homophobic joke, told by the head of an important office of a giant global agency. The other time, last year, the Chief Executive Officer of an agency holding company complained about the negative effects of "transvestites" adopting children.

Though I pushed back both times, taking issue with what the executives had said, I felt I couldn't quite believe what I was hearing. Interestingly, a reporter who was cited in Johnson's suit -- he was told by Martinez that living in Westchester hadn't worked out because there were "too many Jews" -- wrote that he put the remark out of his mind because it was "something I literally couldn't believe."

As for Johnson, I've dealt with her scores of times and consider her to be one of the most effective and capable corporate PR people on Madison Avenue. It's hard to imagine her making such serious charges without sufficient reason.

The coverage so far of this sorry mess has been heavy on the allusions to the "Mad Men" era and how the suit is serving to "shake up" the industry and set off "soul searching" in adland. All I can say is, "Join the club," as it's difficult these days to find any corner of American commerce or society not being flayed for shortcomings on diversity, gender and sex issues.

There's Hollywood and the ongoing #OscarsSoWhite fracas, along with Donald Trump's diatribes against Megyn Kelly. There's a Republican congressman from Missouri, at odds with Senator Elizabeth Warren (D-Mass.) over the banking industry, who declared last week that she "needs to be neutered." Around the same time, the retailer Forever 21 pulled a T-shirt from its stores bearing a saying, "Don't say maybe if you want to say no," that was likened to a rape joke. And as I was writing this column I listened to commentators on TV condemn remarks about women's tennis made by the director of a major tournament.

Maybe Madison Avenue is under such intense scrutiny because of all the ads created by agencies that paint our consumer culture as a gorgeous mosaic of brotherhood. It's hypocritical for the industry to want to be patted on the back for the way it depicts America, the thinking goes, while the executive suites are filled with sexist, racist so-and-sos -- the same senior brass who want additional praise for their attempts to hire work forces who look more like the consumers to whom they're peddling products.

And maybe it's a belief that if the most visible and prominent fields are to be held to a higher standard, it ought to begin with those responsible for shaping the popular culture from which the public gets many of its images of a more diverse country.

It's all food for thought for the industry, especially this week as its leaders are gathered for the annual conference of the American Association of Advertising Agencies. Don't look for Martinez there; he was invited to speak but no longer is on the agenda.