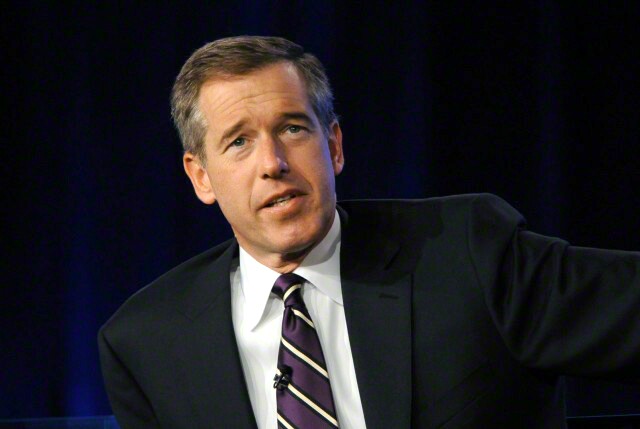 The Brian Williams story continues, and with it, ever more to ponder.

When Williams finally gave his explanation for the embellishments that cost him the anchor desk at "NBC Nightly News," describing how they "came from clearly a bad place, a bad urge inside of me," it sounded as if he'd been inspired by another member of the NBC family, Flip Wilson, who regaled audiences with the catchphrase, "The devil made me do it."

Williams also blamed "ego" for telling so many stories that were untrue, and since the lion's share was delivered during appearances on talk shows rather than newscasts, one could understand his rationale that those rewrites of reality to "put myself closer to the action," as he put it, stemmed from a belief he "had to be sharper, funnier, quicker than anybody else."

You almost feel sorry for the guy. Who hasn't been in a situation when, because you're the center of attention, you feel the need to put the air pump to a mildly interesting item and puff it up into an amusing anecdote or compelling story? Still, because his job description was news anchor, not entertainer, in the case of Williams v. the Truth the court of public opinion has found him guilty, sentencing him to -- well, not the devil's realm, but the purgatory that is MSNBC.

What's also intriguing about L'Affaire Williams is this: After years of pundits proclaiming that, in a real-time, always-on world, the importance of the broadcast networks' evening newscasts has diminished to the point of irrelevance, lots of Americans were interested in an abrupt changing of the guard at one of those shows. Sure, the arrival of Lester Holt after Williams' ejection was the result of a scandal, and just about everyone loves a scandal, especially of the how-the-mighty-have-fallen variety. Yet the headlines generated by the shakeup at NBC News suggest that it may be too soon to declare the evening news broadcasts dead.

Despite the steady shrinkage of ratings for the trio -- ABC's "World News Tonight With David Muir," "CBS Evening News With Scott Pelley" and what's now "NBC Nightly News With Lester Holt" -- each evening they entice a surprisingly large combined audience to gather around the electronic hearth: more than 22 million people, according to Nielsen.

I now am able to count myself among those multitudes, thanks to a recent lifestyle change that has enabled me to be, at 6:30 p.m. Eastern time most evenings, in front of a TV at home rather than a PC at work. As someone who checks the news regularly during the day via websites and social media, I find I still look forward to the three newscasts, for reasons that include the authority of the ABC, CBS and NBC news operations; an appreciation for the shows' organizing principle of leading with the most important stories, providing perspective on the last 24 hours; and the idea that before I feast from the dessert cart that is the prime-time entertainment lineup I ought to eat my vegetables in the form of 30 minutes of news.

Of course, it's more like 22 minutes, thanks to the commercials that continually interrupt Holt, Muir and Pelley. And the jokes in media circles are true: Most advertisers peddle products aimed at older consumers, the most reliable viewers of news programming. That wouldn't be bad if there were commercials for luxury cars, high-end retailers or upscale apparel. But watching for a week can leave you believing that the world is composed of nothing but older people who are sick -- or sick people who are older -- and crave a pill to solve their every problem.

Listing the brands hawked during some broadcasts last week is like cataloguing the contents of a medicine cabinet: Advil, Aleve, Alka-Seltzer Heatburn Relief Chews, Centrum (regular and Silver), Cialis, Dr. Scholl's, Gaviscon, Icy Hot, Just for Men, Linzess, Motrin, One A Day, Phillips' Colon Health, Prevnar, Salonpas, Stelara, Symbicort, Tums Smoothies, Viagra and Zantac. Belying the saw that older shoppers resist new products, some were being advertised. Alas, they were new varieties of remedies, such as Centrum MultiGummies and One A Day Proactive 65+.

Here's a suggestion that may make watching the evening newscasts more palatable to consumers not thinking about pain or their plumbing: Offer deals to advertisers with such demographic targets as 18 to 49, giving them better rates to sprinkle the shows with younger-skewing spots. It also may help to schedule rebroadcasts at other hours to expose the newscasts to folks -- younger or otherwise -- who don't normally watch because they're at work.

That way, even Williams will be able to tune in.