Stuart Elliott: Why Volkswagen's Bad Behavior Bugs So Many 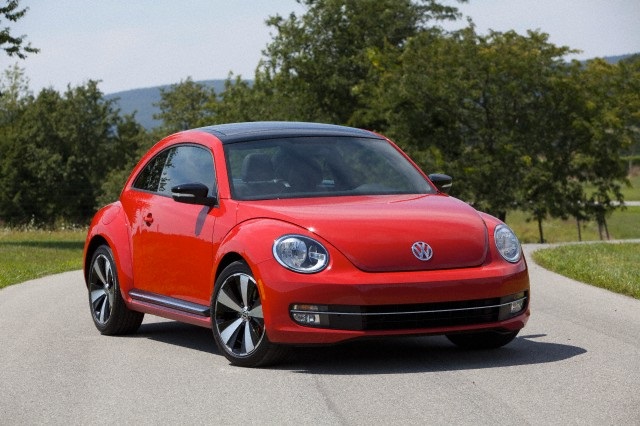 When I'm asked to name my favorite commercials of all time, most of those I cite are familiar, among them the Apple "1984" spot; "Try it, you'll like it," for Alka-Seltzer; and the Coca-Cola "Hilltop" commercial, which figured in the finale of "Mad Men." One, however, called "1949 Auto Show," is much less well known, despite a cast that includes Wink Martindale and McLean Stevenson.

The title tells it all. The spot, by Doyle Dane Bernbach, offers a prescient trip in time back to an exhibit hall in the postwar era when cars were chrome-bedecked behemoths and carmakers embraced planned obsolescence. The brands on prominent display include DeSoto, "the car of the future"; Studebaker, "the next look on the automotive scene"; Packard, meant for those "buying your next car for keeps"; and the "lower, longer, wider" Hudson -- all of them defunct by the time the commercial came out, in 1971.

In a remote corner of the hall, a man stands in front of a Beetle, a newcomer to American roads in 1949. "So Volkswagen will be constantly changing, improving and refining this car," he declares, "not necessarily to keep in style with the times but to make a better car ..." As the camera moves away, revealing how no one at the crowded show is paying attention to his spiel, an announcer intones, "Of all the promises made at the 1949 auto show, we at Volkswagen kept ours."

Ouch. You aren't likely to find the words "Volkswagen" and "promises" in the same sentence in an ad in 2015, thanks to the fallout from enormous scandals at VW: More than 11.8 million cars programmed to cheat on emissions tests or with falsified performance reports. The dark clouds looming over Volkswagen because of its broken promises today also are casting shadows on other classic Beetle ads from DDB such as "Lemon," which assured car shoppers, "We pluck the lemons; you get the plums," and "Think small," which might now be rewritten to ask, "How much more small-minded can you get than to rip off your customers?"

And there's the effect the crisis is having on the current slogan for the Audi division of Volkswagen, which is also implicated in the tampering: "Truth in engineering." It's hard to believe, but the slogan still appears in Audi ads. Lucky for Audi that Stephen Colbert is no longer portraying the character who promoted the concept of "truthiness," for the fakery of the emissions tests fits that term to a T.

A brand, as the definition goes, is at its heart a promise to consumers, so betrayals of the magnitude of Volkswagen's send shudders throughout Madison Avenue, not only among those involved with peddling the affected models sold under marques like Audi, Volkswagen and (possibly) Porsche. VW's recklessness has put every name brand at risk, imperiling the premiums they usually charge compared with private-label or store brands.

Because consumers are used to puffery, they typically take ad claims with a grain or more of salt. In this instance, however, Volkswagen insisted that the engines being marketed under the rubric of "clean diesel" were far superior to diesels being produced by rival automakers. Millions of dirty diesels later, the company's claims turned out to be nothing more than a case of Emissions: Impossible.

To this point, Volkswagen's attempts to rebuild trust in the wake of the debacle have been weak and flat-footed. There have been apology ads in German newspapers, but none in this country, where it pretty much has been business as usual, marketing-wise. A "goodwill package" being offered to American owners of affected cars is small potatoes, worth just $1,000, with half the sum redeemable only at VW and Audi showrooms. (At this point, those owners probably would rather visit a DeSoto dealer.)

Needed in this dire situation is an idea as big as the one developed by DDB for the original Beetle. What was so remarkable back in the day about ads such as "Think small," "Lemon" and "1949 Auto Show" was how different they were from the traditional way the Detroit brands spoke to consumers. The Beetle campaign took a low-key, deferential approach, treating prospective customers like intelligent grown-ups rather than children who could be distracted by a car with shiny trim or, as a character in "1949 Auto Show" says, "holes in its side."

As much havoc as VW has wreaked with its deceptions, some humility could help start the brand back on the long road to redemption. First up, what about a mea-culpa ad depicting a rogue diesel engine that carries the headline "Lemon"?