Stuart Elliott: Will Ads During the Big Game Be Super? 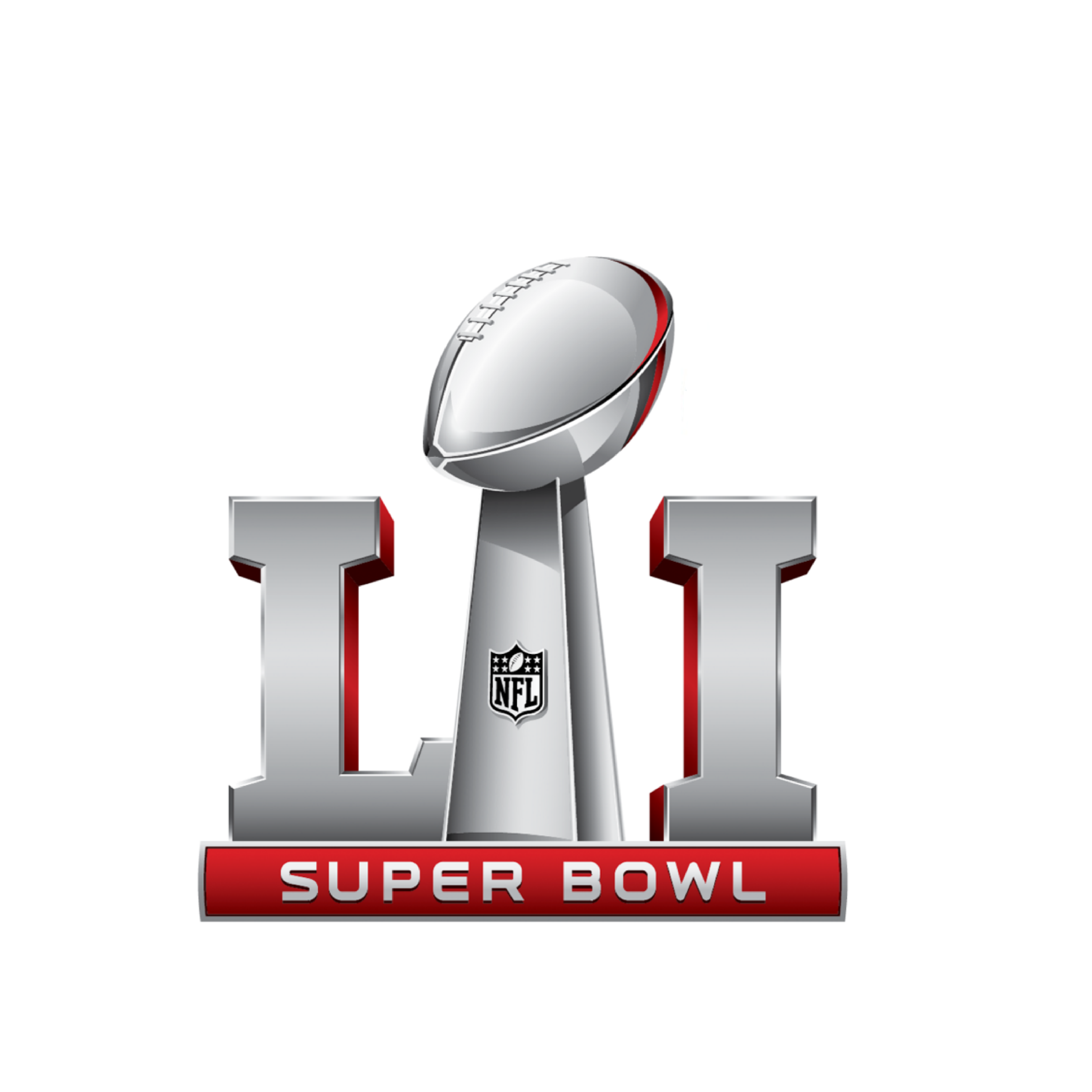 Here comes another Super Bowl, the biggest day of the year for advertising as well as for football, and the question being asked by many on Madison Avenue is whether the content of the commercials on Sunday, during Super Bowl LI, will reflect recent headlines.

"Donald Trump's Election Puts Super Bowl Advertisers on Tricky Playing Field," according to Variety. Advertising Age wondered, "Super Bowl or Trump Bowl?" Because advertisers and agencies like to borrow interest from important news events -- the better to draw attention to their pitches -- it wouldn't be surprising if some spots refer in some way to the new administration and our new normal.

The question, though, is how to handle any topical touches. Should there be appeals to heartland values, nodding to Trump's support among white working-class voters in Rust Belt states? One major sponsor, Anheuser-Busch InBev, has decided to advertise -- for the first time in any Super Bowl -- a lower-priced beer brand, Busch, that's popular in those markets.

On the other hand, Trump lost the popular vote; indeed, a majority of voters cast ballots against him. There have been huge turnouts for anti-Trump protests. Brands, agencies and agency holding companies are speaking out against Trump's immigration policies. And novels warning against authoritarian regimes, such as It Can't Happen Here and 1984, are climbing up best-seller lists. All that suggests celebrating Trumpian values may be a mistake.

Perhaps Apple could score points by reviving its famous 1984 Super Bowl commercial, "1984," which presented the Macintosh computer as a weapon to fight Orwellian oppression. Just change the voice-over to say, "And you'll see why the next four years won't be like '1984.'"

There's also an opportunity for a timely shout-out by the marketing organization for Mexican avocado growers, which already has bought time during Super Bowl LI. Avocados from Mexico are among the products that would be affected by a 20% border tax proposed last week; imagine the huge buzz in social media if the growers decided to end their spot with the hashtag "#Resist."

Overt political messages, however, could face the wrath of the standards and practices department at Fox, which is broadcasting the game, because the NFL and the networks that carry its games frown on controversial issues being addressed in commercials. One Super Bowl advertiser, a chain named 84 Lumber, was sent back to the drawing board by Fox, which rejected its spot depicting a giant border wall.

That could have been a stunt to generate publicity, because previous Super Bowl advertisers like GoDaddy have made hay by urging viewers to "watch the ad they didn't want you to see."  But that card has been played so many times that brands doing it now, when consumers prize transparency, may suffer.

In fact, says D.C. Vito, Executive Director of the Lamp -- an organization that seeks to help youth, parents and educators develop skills in media and advertising literacy -- he'd "like to find a brand open to creating a transparent ad," which would be upfront about its selling tactics and strategies.

The Lamp is sponsoring on Sunday its sixth annual Break the Super Bowl, a free event, with the participation of the Manhattan Early College School for Advertising, where students can learn about how and why commercials are created and then remix actual ads as they're broadcast during the game. For the first time, the event is being sponsored by an ad agency, Badger & Winters, and will be held at its offices at 261 Fifth Avenue in Manhattan.

In keeping with an initiative by Badger & Winters to help end the industry's objectification of women in ads, under the rubric "#WomenNotObjects," Break the Super Bowl will ask participants to look for spots that use "objectification of gender" as a ploy, Vito says, whether it's men or women being stereotyped.

It seems as if "you can't show a smart or ambitious woman" in a spot "without having a man who's dumb," he adds.

As for advertising in a Trumpian world, "it goes without saying that the political climate offers a wonderful opportunity to talk about" the similarities between how marketers and Presidents communicate, Vito says, and "I'm sure it will find its way into the conversation" at the event.

One reason "we believe what we see" on TV, says Mark Popkiewicz, CEO of Mirriad, which works on brand integrations with marketers, content owners and distributors, is because, thanks to decades of watching live big events such as the Super Bowl, we have become accustomed to believing that "the camera lens puts us in the halo of truth."

Still, the Super Bowl remains valuable to advertisers because it "provides a framework for gladiatorial content and selling," Popkiewicz says, offering viewers choice content: a football game -- and a battle among sponsors -- where they can "enjoy the winner at the expense of the loser."

Yet because "there's always a loser," he adds, the Super Bowl can turn out to be "an expensive incursion into a space where someone may find" fault with a commercial, and that criticism may be anathema to marketers who typically believe "it's all about controlling the message."

"Corporations, generally speaking, aren't brave," Popkiewicz says, and "brands have gotten hurt on Super Bowls." For instance, in 2015 the CMO of Nationwide Insurance left not long after the company was widely castigated for a commercial during Super Bowl XLIX that was so dreary and downcast it was condemned as "the dead boy ad."

Even so, the huge audiences for the Super Bowl, and the potential benefits that a hit commercial can bring, mean that every year there are brands -- among them some Super Sunday rookies -- willing to take their chances in the arena.

"We thought the investment could be worth it, and it was worth it," says Susan Johnson, CMO of SunTrust, the Atlanta-based bank that introduced a campaign, called the onUp Movement, during Super Bowl 50 last year.  SunTrust spent three years preparing for the campaign, she adds, intended to encourage consumers to "light the way to financial well-being."

It was "a tremendous opportunity," Johnson says, but at the same time "a tremendous responsibility being a first-year advertiser."

"There's no question it's a serious decision," she added. "The gravity of that was not lost on me."

A game-changer, so to speak, is the technology that now enables Super Bowl advertisers to measure much more effectively the results of their efforts. "In the first minutes, there were 20,000 visitors" to the onUp website, Johnson says, and after the game the commercial was "tied for No. 1 in social sentiment."

"I kid about not knowing what to expect" as a Super Bowl first-timer, she adds, so before the game "we went across the road to our friends at Coca-Cola," a company that has been buying time in Super Bowls for decades.

Among the advice was to make sure that SunTrust's information technology infrastructure would withstand the demand after viewers saw the commercial's "call to action," Johnson says, adding: "The IT team white-knuckled it through the game. But it held up."

A year later, SunTrust has drawn more than a million people to the onUp campaign. The bank isn't advertising on Super Bowl LI, Johnson says, but is "doing a lot of promotions" tied to its hometown team in the game, the Atlanta Falcons; SunTrust also is "the official bank" of the team.

"I'll definitely be watching," she adds.

Among the marketers buying Super Bowl LI commercials, in addition to Avocados From Mexico and 84 Lumber, are: Audi; Bai; General Motors, for Buick; GNC; GoDaddy; Honda, for the CR-V; Hyundai, with a commercial that will be produced in real time during the game and run just after it ends; Intel; It's a 10 Haircare; Kia, for the new Kia Niro; Lexus, for the LC 500 coupe; Mars, for Skittles and Snickers, the latter to be shown live; Mercedes-Benz, for the AMG GT roadster; PepsiCo, for a new brand, Lifewtr, and Pepsi Zero Sugar; Persil ProClean detergent, sold by Henkel; Procter & Gamble, for Febreze, Mr. Clean and Tide; Sprint; Squarespace; T-Mobile; TurboTax, from Intuit; WeatherTech; Wendy's; Wix.com; and the Wonderful Company, for Fiji water and Wonderful pistachios.