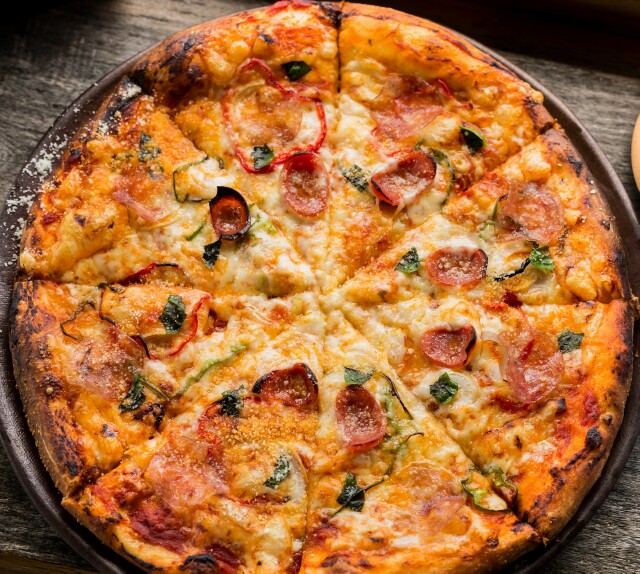 As loathsome as John Schnatter is, he may have done us all a favor: We now have a good idea of just what it takes for Madison Avenue to tell a paying client to take a long walk off a short pier.

Schnatter is the founder and principal pitchman of the Papa John's pizza chain, and his recent behavior -- misbehavior, actually -- has caused a considerable amount of trouble for him and the firm that bears his name.  But something worthwhile may be emerging from the havoc he has wreaked.

Schnatter first raised a ruckus in November when he claimed that the national anthem protests against racism and police brutality among National Football League players were hurting Papa John's, a league official sponsor since 2010.  White supremacists, angry with the players, mostly African-American, who have been leading the protests, praised Schnatter's remarks, forcing the company to declare that it wanted no business from such customers.  Soon after, Schnatter stepped down as chief executive officer, and not long after, the NFL dumped Papa John's as its pizza purveyor in favor of Pizza Hut.

Fast forward to last month, when an article on the Forbes website revealed that Schnatter had made racially charged remarks -- including the N-word -- during a conference call with Laundry Service, a marketing agency working for Papa John's on assignments like creating ads. The article described the call as part of the agency's efforts to work with Schnatter on his communications skills to help prevent future media flaps over what he says.

Laundry Service was right; Schnatter clearly needs such training.  But Casey Wasserman, who owns the agency, decided that wouldn't be his responsibility any more:  After hearing about the call, Forbes reported, he moved to end Laundry Service's contract with Papa John's.

Schnatter apologized and resigned as chairman of the board, but that didn't keep other shops on the Papa John's agency roster from, one by one, distancing themselves from him and the company.  Olson Engage, which handled public relations duties, resigned.  So did Fallon, which had succeeded Laundry Service on creative tasks.  Also beating a retreat was Initiative, responsible for media planning and buying -- a surprise, since Initiative earlier had decided to remain on the roster.

Underscoring how serious those decisions were is that all those agencies have parent companies:  Olson Engage is part of ICF International, Fallon is owned by Publicis and Initiative is a unit of Interpublic Group.  Perhaps executives higher up on corporate ladders needed to be told what the agencies wanted to do before it could be done.  Perhaps those higher-ups had to agree that Schnatter's sins were grave enough to warrant walking away.

And the stocks of all three parent companies are traded publicly, meaning there could have been financial implications to telling a big client to go fly a kite.  What if investors had started dumping the shares they owned in ICF or Publicis or Interpublic, worried that a rash of account resignations wouldn't be healthy for the bottom line?  Wall Street has done stranger things.

It's hard to remember when so many agencies bolted from a client at once, or for the ending of a client-agency relationship to generate so much publicity.  The examples I can recall involve a single shop at a time, finding itself in an account review it deemed unexpected if not unjustified; the agency pulled out, thereby resigning the account.  Examples include Ammirati & Puris and BMW; BBDO and Delta Air Lines; Grey and Domino's Pizza, and Cliff Freeman & Partners and Little Caesars.  (Hey, what is it with the fraught relations between pizza purveyors and their agencies?)

And while no shop severing ties with Schnatter and Papa John's mounted a soapbox to explain itself -- the most upfront was Wasserman, who, according to Bloomberg News, attributed the breakup to "regrettable recent events" with "a client's executive" -- it's clear from the context, and the unusual nature of their actions, that they were taking a stand on principle.

They all must be happy about that, too, given Schnatter's most recent steps, which included recanting his apology, attacking Laundry Service, asserting he was pressured to resign as chairman and vowing to fight his company's steps to put him in the rear-view mirror such as removing him from Papa John's ads.

To quote a line from "Sweet Smell of Success," Schnatter has the scruples of a guinea pig and the morals of a gangster.  He, and Papa John's, are just lucky there's so much else going on these days that keeps his misdeeds from drawing more criticism.

Papa John's has been able to sign up one replacement agency with Madison Avenue roots, a public affairs firm called Powell Tate, part of the Weber Shandwick unit of Interpublic, which will be working on communications strategy.  But it speaks volumes that when Papa John's announced last week the hiring of another creative agency of record, it was no one from Madison Avenue but rather Endeavor Global Marketing, a division of the Endeavor firm that specializes in areas like brand strategy, talent representation, entertainment and sports.

Endeavor recently hired a high-profile chief marketing officer, an African-American woman named Bozoma Saint John who previously worked for marketers such as Uber and Apple.  She told Adweek she was being guided by this question:  "How can we as EGM not just create a new narrative based on a value proposition, but convey what is truly inside Papa John's?"

Good luck with that.  Look inside Papa John's -- or Papa John -- and you'll probably find, to paraphrase another line from "Sweet Smell of Success," a pizza pie full of arsenic.

Editor's Note: Look for the next Stuart Elliott Report on Wednesday, September 12.