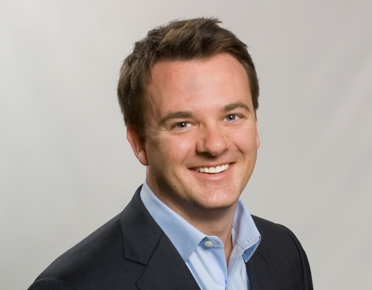 In recent years, smartphone use among Americans has skyrocketed. As consumers become increasingly more reliant on digital outlets for shopping, information gathering and social interaction, advertiser engagement through print media has become a challenge to say the least. That's where integrated marketing, specifically QR codes, come in. By placing a QR code on print material, consumers can use their smartphones to scan the code which can then lead to a website, contact information, pre-determined text and more. But QR codes have left a lot of marketers questioning – do people know what they are? Do consumers actually use them? And which audiences are they most effective on?

In July, Levelwing, a data-driven digital agency, performed an online survey to gauge consumer awareness and usage of QR codes. Coincidentally, two separate studies were released around the same time – one reported by Advertising Age and one by comScore – that actually found emerging trends similar to those found in the Levelwing survey. Both studies found the demographic for barcode scanners was more likely to be a male between the ages of 18 and 34. The study reported by Advertising Age only looked at magazines and found scanning percentages ranged between 4-17% of all readers. The comScore study, on the other hand, looked at codes scanned across all mediums and found 6.2% of the total mobile audience scanned a code in June.

Using a short questionnaire, Levelwing surveyed 928 respondents on their awareness and use of QR codes as an emerging mobile technology. The respondent demographic profile was mostly male, educated beyond high school (71% had earned a college degree of some kind), and earned less than $100,000 annually.

The survey found that, while respondents were familiar with and using mobile technology, many of them had yet to scan a QR code. This could imply QR codes have not yet attained optimal tipping point level of exposure, despite the fact that respondents noted seeing QR codes from an average of three sources (mostly magazines, on the Internet, and on in-store displays).

Not surprisingly, 76% of respondents who had scanned a QR code did so using an iPhone or an Android smartphone. The most common reasons for scanning the code were to obtain more information, visit a website, get a coupon, or acquire contact information. Interestingly, of the respondents who have scanned a QR code, the 22% who have made a purchase after scanning did so similarly via online and in-store channels.

Levelwing was also interested in finding out about the likeliness of future scanning. When asked how likely they were to scan a QR code in the future, respondents who had never scanned a code before had mixed reactions, with responses closely split between likely, neutral and unlikely.

Because QR codes are still gaining traction among US consumers, continued research must be performed to gauge ongoing awareness and usage. As with any new technology, educating consumers about how and why to use them should remain a top priority for digital marketers incorporating QR codes into their integrated marketing campaigns. Click here to obtain a full copy of the Levelwing research report, QR Code Mobile Technology: Consumer Awareness & Usage.

Steve Parker, Jr. is a Co-Founder and Managing Partner of Levelwing, a digital advertising agency that provides data-driven marketing solutions. Steve can be reached at sparker@levelwing.com.