"Summer of Soul" or Elon Musk? Who Owns the Future?

By Philip McKenzie From Advocacy to Activism Archives 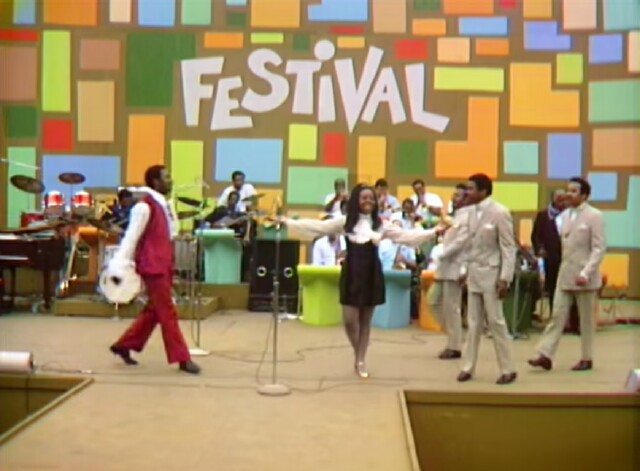 This past week marked the announcement of nominations for this year's Academy Awards. The Oscars have been rightfully dogged by a glaring lack of diversity in recent years, spawning the hashtag #OscarsSoWhite. While the Oscars have done very little to improve their standing, they did manage to include a few nominees. Among them was Summer of Soul, Questlove's music and culture documentary that debuted this past summer to rave reviews. A suit brought by California suing Tesla for racial discrimination at its factory was also making the news this week. An Oscar-nominated documentary and a racial discrimination suit are striking in their contrast. But their differences can illuminate who can own the future and what it looks like.

The story of how Summer of Soul (pictured at top) managed to see the light of day is almost as legendary as the film itself. The concert film depicts performances from the 1969 Harlem Cultural Festival, the brainchild of producer, promoter and showman Tony Lawrence. Footage recorded over the six concerts in Mount Morris Park from June 29 to August 24, 1969, lay undiscovered in a basement for 50 years. The concert is a revelation that featured stars such as Nina Simone, Stevie Wonder and Sly & The Family Stone, to name a few. The music remains stellar, and it is transcendent as a moment of Black culture. Watching the Harlem Cultural Festival over the course of the film is to witness the past and the future.

At the same period as the concerts, the Apollo 11 lunar mission, which famously landed humans on the moon's surface, was making headlines. In one of the most telling scenes, Black concertgoers were asked what they thought of the moon landing. Their responses were primarily ambivalent. The notion of spending money on a moon landing when so many Black citizens were living in squalid conditions seemed ridiculous. As the Sixties were drawing to a close, the disappointments of the Civil Rights and anti-war movements were reaching a climax. The optimism for change so evident at the earlier part of the decade had succumbed to a hail of bullets and state-sponsored violence committed on the second-class status of Black citizens. With this as a backdrop, it is easy to see why Black people were less than enthused about a moon landing. Poet and musician Gil Scott-Heron sums it up best here.

Fast forward, and self-styled space colonizer Elon Musk has grand ambitions for space exploration and the future of the human species beyond our planetary boundaries. Musk has been a vocal proponent and propagandist not just for space travel but for colonizing Mars. As hard as it is to believe Musk is taken seriously despite ideas like this, this and yes, this. Musk's earthly endeavors that deal with real human beings and issues of race have been far less laudatory.

Beyond the lawsuit mentioned above, Tesla was ordered to pay a Black employee $137MM in a discrimination suit. Musk is also notoriously anti-union, which is a position that cuts across the intersectionality of labor and race. Despite this, Time Magazine saw it fit to make Musk its Person of the Year for 2021. What does it mean when someone incapable (or unwilling) to address inequity within their own companies also aspires to take their beliefs and value system beyond our planet?

Summer of Soul in 1969 and the ongoing reclamation (or elevation, I forget which) of Elon Musk reflect our choices and shed light on whose voices are elevated. Culture is defined as the shared world of ideas and values that connect us and are manifested through people, places, formal and informal networks.Culture is not a static moment in time. Culture lives in the past, present and future -- sometimes simultaneously.

An almost forgotten concert film can illuminate the long tail of societal shortcomings from 1969 to 2022. The Harlem Cultural Festival was very much about the future. The organizers curated an event that captured the essence of the Black experience --- optimism and love in the face of a present that offered little of either. While the audience might have been less focused on the imminent moon landing, they responded to the afro-futurist vibes of Sly & The Family Stone and the soul-drenched folk of Fifth Dimension. The hopes and aspirations of the audience might not have pointed to the stars, but they were no less focused on the future. Their future was grounded in the immediate celebration of Black ingenuity, artistry and community.

Our cultural present is laying the track for our future. We can create a vibrant and alive future representing a clean break from the settler-colonial mentality. What voices and whose work will be relegated to the vault versus the cover of major publications? Maybe it's less about who will own the future and more about who will co-create the future. But either way, if we can't trust your present, we sure as hell can't trust your future.