Sunday on Telemundo: A Telethon for Victims of Natural Disasters in Mexico, Puerto Rico, Texas and Florida 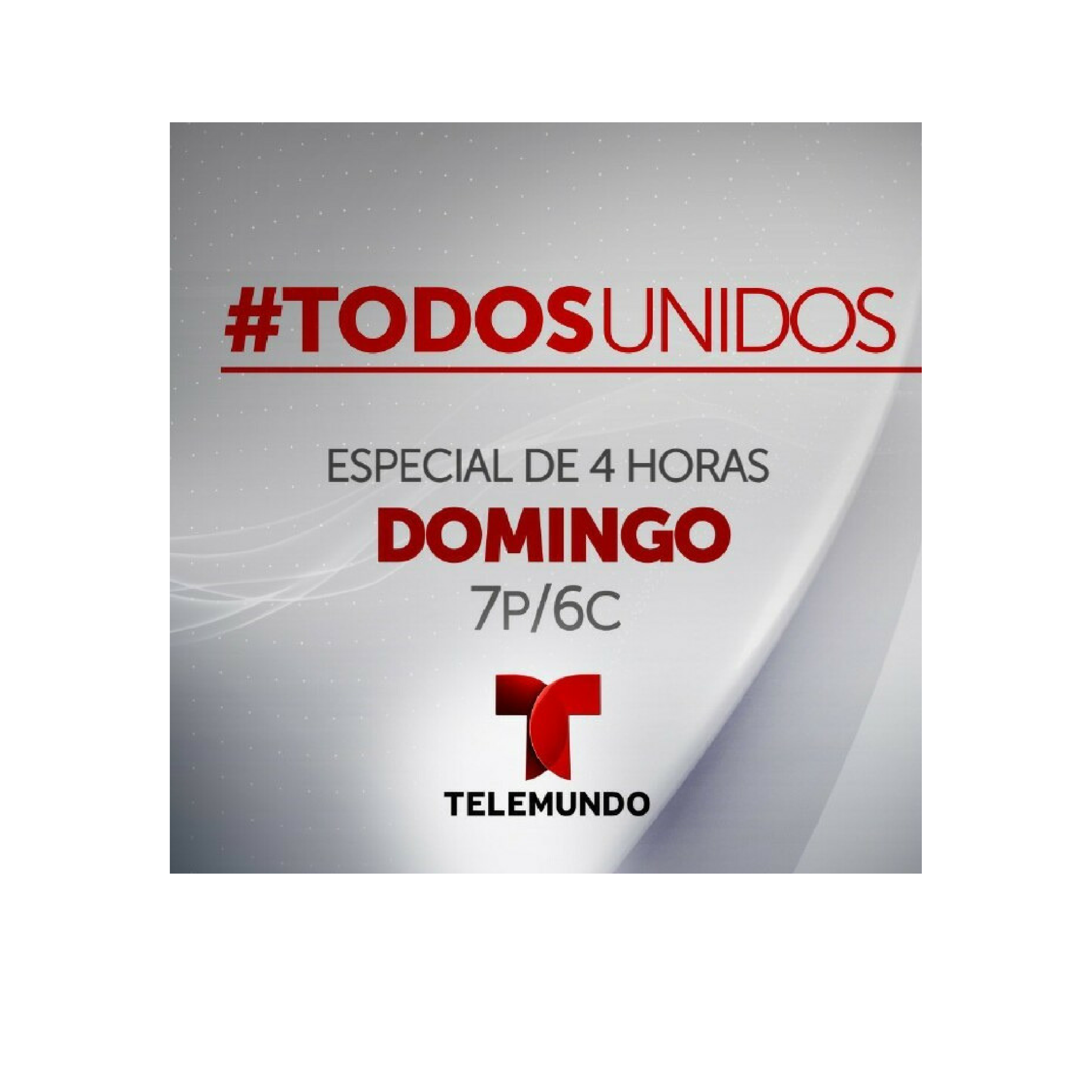 Telemundo on Sunday at 7 p.m. will telecast Todos Unidos (All Together), a massive four-hour special to raise money for victims of the earthquake in Mexico and hurricanes Maria, Irma and Harvey in Puerto Rico, Texas, Florida and elsewhere.  The program will be simulcast live from Miami, Mexico, Puerto Rico, Houston and Los Angeles on Telemundo and Universo.  In addition, there will be an exclusive backstage live streaming show on Telemundo.com and its social and mobile platforms.  International media icon Mario Kreutzberger, a.k.a. Don Francisco, will host.

Throughout, viewers can contribute to the Red Cross through elpoderenti.com/cruzroja or by calling 1-800-596-6567.  In addition, Telemundo-owned stations will host phone banks in collaboration with local Red Cross chapters to collect funds for victims in the affected communities in Texas, Florida, Puerto Rico and Mexico.

"Todos Unidos is an opportunity for us to offer a warm hug and lend a word of encouragement to the victims of these terrible disasters and for our community to show their generosity and make a financial contribution that can make a world of difference," said Francisco in a statement.  "As a media company, Telemundo is committed to serve our community and those in need, particularly in these difficult moments."