Super Bowl 50: Where Were the Brand Stories? 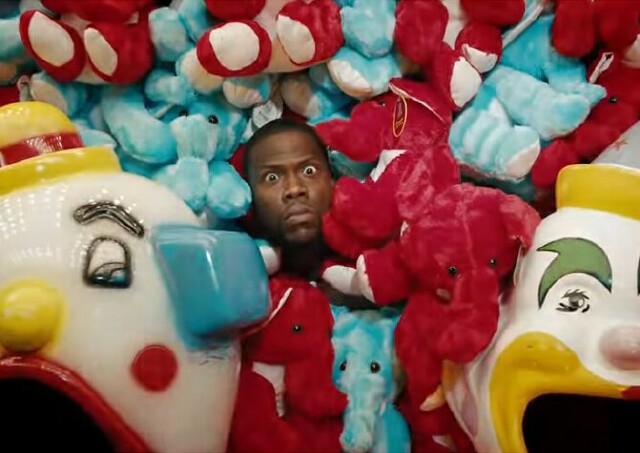 Super Bowl 50 was overrun with 30-second bits of confusing, celebrity-laden, idea-missing, frenetic hype and hyperbole, most of which lacked any memorable brand story whatsoever.

But before we get to the ads, let’s start with the economics.

In a home proliferating with digital devices, broadband and satellite connected HDTVs struggle to maintain their reign as the best video viewing experience. But there’s nothing like a high-stakes, fast-action live sports event to remind folks of the unrivaled beauty of a 65” flat screen with a cable connection … which is exactly why CBS was willing to pay more than $1 billion to the NFL for the right to broadcast the biggest game of the year. How else to reclaim the eyeballs from the big suck of the wireless little screens permanently attached to our hands?

So, why are advertisers willing to pay more than $5 million for access to the hundred and fifteen million people they hope will put down their smartphones, stop tweeting, twiddling and texting, and watch an ad for 30 seconds? Just because there’s no “skip ad” button during an uber-hyped live sports event doesn’t mean the audience is captivated.

Regardless of the amount of devices vying for attention, the size of the screen, the presence of a cord or the strength of the wireless signal, capturing the attention of a consumer today comes down to one critical factor: Great advertising -- past, future, forever and always­ -- is great storytelling.

Sheep singing karaoke definitely amused the party I was at, but what was that all about? When someone started to explain that the pink blob walking down the street was a human colon, he was told to shut up and eat his chili con carne. We were puzzled when the infamous British serial killer, aka Hannibal Lecter, reminded us Americans of death and taxes. And we all wondered how a colorful sock company could afford to put Christopher Walken in a Super Bowl ad.

The best-crafted brand stories of the night -- the ones that stopped the chatter and lured eyes away from our smartphones and guacamole -- were those crafted by Hyundai. In the first, a teenager’s daddy ingeniously keeps tabs on her date ­using an ingenious high-tech feature of his new Hyundai. The fact that Kevin Hart (pictured at top) starred in the ad actually enhanced the storytelling without detracting from the brand story -- something Budweiser couldn't pull off with the trifecta of Amy Schumer, Seth Rogen and Helen Mirren, who effortlessly hijacked the brand message with their own charisma.

“Ryanville,” another winning Hyundai spot, made the meta statement that celebrities are the ultimate distraction, but the car’s automatic emergency braking system effectively protects drivers from all the perils in a town crawling with hunky Ryan Reynoldses.

The most arresting ad of the night belonged to CBS itself. The tune-in promo for “The Good Wife” announcing the imminent threat of the final episode -- the end of the story! -- stunned the room into pin-drop silence. (Ed Martin has a lot to say about this.)

It was an epiphany. At that moment, I understood the real purpose of the Super Bowl spectacle, and why neither the sport nor the craft of creating great brand stories is wholly the focus anymore.

“Live broadcast sports programming has become the best place to remind tricky consumers of the joy of watching TV via a traditional connection,” says Scott Singer, a digital strategy and biz dev expert at DDG, an innovation consultancy. “It can be argued that networks now ‘overpay’ for not only the rights to draw a huge audience on behalf of advertisers, but also to remind those cord-cutters, cord-nevers and Netflix fans [yes, Millennials] that they have some great content. The not-so-secondary goal is to perpetuate broadcast TV’s higher ad sales rates versus those online and extend the value of television as we've known it for the last 30 years.”

Owning the rights to broadcast major sporting contests is no longer just about bringing a big event to the people and exposing them to clever ads. At this point in its 50-year history, the live broadcast of the Super Bowl is as much about the survival of the medium itself.

“Exactly,” says Singer. “The more people who watch the Super Bowl live on TV, the more $5 million ads can be sold to the audience, and the more people CBS can convince to watch more CBS programming later, so more ads can be sold and traditional broadcast television CPMs wont be replaced as quickly as they otherwise would by lower internet CPMs in streamed content.” Whether or not people actually watch those ads or buy stuff is irrelevant if there’s no audience for TV.

The take away: Ad and television industry execs should be just as focused on the quality of the creative content as they are on the future of a disrupted industry. Quality, captivating storytelling will always hold the eyes on the screen.

Even if it’s impossible to look away from a puppy-monkey-baby. 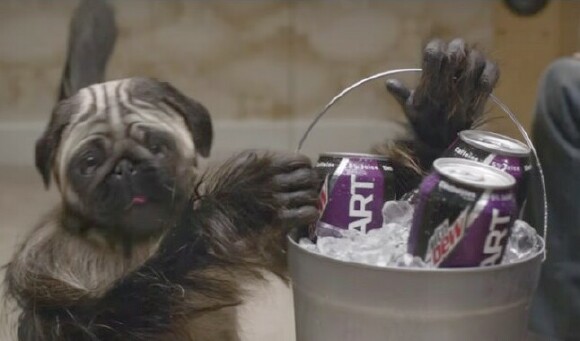