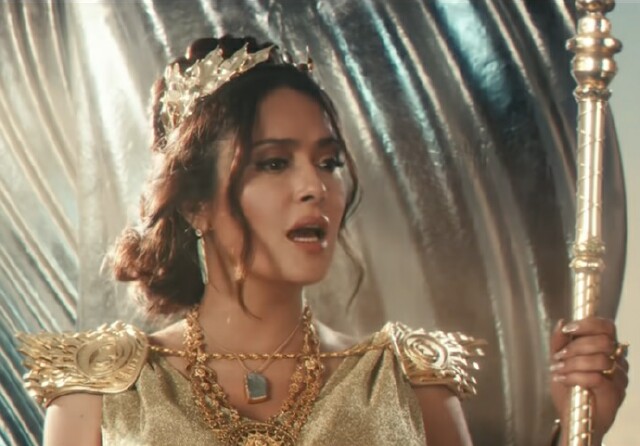 *Sigh* This is getting quite tiring, revisiting this same subject every February. No, not Valentine’s Day. Not Groundhog Day. American Football Day -- aka the Super Bowl. While I’d argue that nearly half the audience of 90 million-plus viewers haven’t watched the rest of the season and are just tuning in for the much talked about Super Bowl ads and half-time show, filled to the brim with a different slate of relevant (and sometimes out-of-left-field) stars and entertainers, one theme is seemingly consistent: The ever-growing U.S. Hispanic market continues to be severely underrepresented if not totally ignored. I will point out that there has in recent years been slow improvement, albeit at a snail-like pace -- but not nearly enough to reflect the growing size of the U.S. Hispanic population.

During 2021’s Hispanic/Latin Heritage Month, I got to interview a number of advertising executives who spoke time and again about the power of the Hispanic market. How we’re becoming mainstream trendsetters. How we are 61 million strong, making up 18% of the population. How our buying power is expected to reach $1.9 trillion by 2023. Yet on the biggest advertising day of the year with nearly 100 million people glued to various screens, the fastest growing minority group is practically nowhere to be seen. There were a few appearances this year from Latin stars including Salma Hayek, Mario Lopez and Danny Trejo -- appearing in ads for BMW, California: Dream Big and Planet Fitness, respectively -- but given the number of celebrities that appeared in ads, we expected more than three to represent us.

Don’t get me wrong. Diversity seemed to be at an all-time high with stars like Zendaya, Trevor Noah, Idris Elba, Snoop Dogg (who also performed at the half-time show), Megan Thee Stallion and former NFL star Jeremy Mayo just some of the faces of major brands like Cheetos, Squarespace, Uber “Don’t” Eats and others. There were also several non-famous actors of color populating the many spots (including some friends of mine out on the West Coast). That’s a check off the bucket list and into the bank!

One of my favorite ads was the hilarious (albeit ridiculous) spot for Nissan featuring former face of the brand Brie Larson handing the keys to an unsuspecting Eugene Levy, who transformed into an action star with Fabio-esque flowing locks of gray hair and was joined by familiar stars like the MCU’s Danai Gurira and Dave Bautista. (It included a delightful cameo from his former Schitt's Creek co-star and on-screen wife Catherine O’Hara.) Another surprisingly delightful ad featured Arnold Schwarzenegger and Salma Hayek (pictured at top) as Greek gods Zeus and Hera going into retirement in Palm Springs and adjusting to real life. Zeus can’t help but unintentionally zap everything, so Hera treats him to the new all-electric BMW.

But, for me, there was no getting past the overall absence of Hispanics in the commercials. It was especially puzzling after a number of Hispanic and Latin-led films made headlines in 2021, from the long-awaited musical In the Heights and Disney’s Encanto to Spielberg’s stunning retelling of West Side Story, now nominated for seven Academy Awards. Ms. Hayek also appeared in Marvel’s Eternals, making her one of the few Latinas in the endlessly expanding Marvel Cinematic Universe. Representation has continued to grow on television with new series including ABC’s Promised Land and Netflix’ Who Killed Sara? and returning Latin-led shows like Peacock’s Saved by the Bell and Hulu’s Love, Victor, and the recently wrapped Pose on FX.

USA Today even reported in 2020 that the Hispanic NFL fanbase skyrocketed to 30+ million.

Advertisers do a great job marketing to Hispanic audiences during soccer games, music award shows and telenovelas on networks like Univision and Telemundo. We’re well-represented from mid-September to mid-October during Hispanic Heritage Month. And then… radio silence. This needs to change. Despite what some say, young audiences are getting smarter, faster, more tech-savvy and increasingly multicultural every year. They can smell inauthenticity a mile away. They know when they’re being pandered to and, trust me, they do not like it.

Conversations about representation cannot be had only during cultural history months or when consumers get so fed up with being ignored that we start demanding change. "Representation Matters" existed long before it was ever a trending hashtag and social movement. If advertisers want to appease their consumers, they need to authentically and consciously make representation matter in a meaningful way.