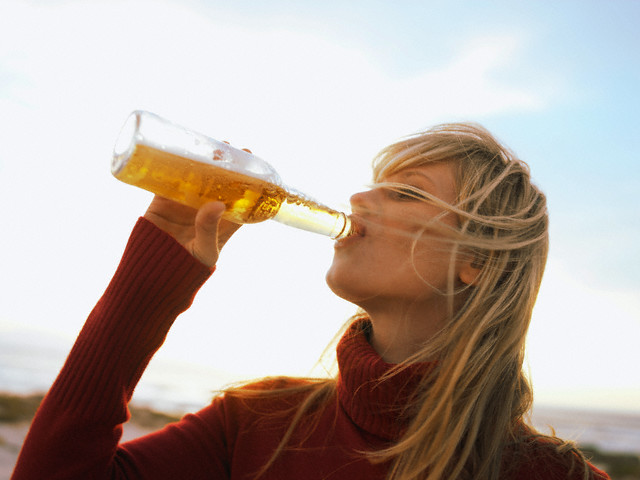 Inspired by Jack Myers' new book "The Future of Men: Masculinity in the Twenty-First Century" (coming in March), this is a weekly blog focused on gender equality, gender politics and the shift in gender norms in business and culture. Read on for this week's news roundup.

For decades, beer companies have been criticized for negative portrayals of women in their advertisements -- objectifying them or ignoring them entirely. Just last year, Bud Light was criticized for the campaign slogan, “The perfect beer for removing ‘no’ from your vocabulary for the night,” which many critics said encouraged date rape. But, now marketers -- realizing (finally) that Millennials are increasingly conscious of misogyny and that there’s a market of beer drinkers beyond young men -- are shifting their focus to women, or are at least attempting to appeal to both sexes, the New York Times reports. A new Coors campaign, “Climb On,” features both men and women running sprints, scaling mountains and whitewater rafting, asking in a voiceover, “Where would we be without our mountains?” which the company hopes will tap into women’s empowerment movements.  While new advertising approaches may be more female-friendly, it will take awhile to reverse many years of “baggage” of “represent[ing] a version of masculinity that wasn’t appealing to women,” Britt Dougherty, MillerCoors’ Senior Director of Marketing Insights, told the Times.

Is the Advertising Industry Falling Behind in Parental Leave Policies?

While there has been much buzz about tech companies’ expanded family leave programs, the agency world is seriously lacking in consistent and organized policies, Digiday reports. “Many find paid parental leave policies across the industry to be disjointed, disorganized and, in some cases, completely unfair,” they concluded after speaking with new parents and industry insiders. The article cites lack of standardization and agency culture as big hurdles for employees seeking leave. At holding companies such as WPP, for instance, there isn’t a mandated policy across their agencies, and often, even within a single agency, leave time varies by boss, department, gender, and years worked at the company. A survey by the 4As uncovered that the most common paid parental leave policy was only two weeks, although some agencies offered up to 12 for new mothers.  Agency culture of long hours at the office also makes it difficult for new parents to take full leave or work part time; some new mothers cited job insecurity as a big concern during their time off.  While tech companies, like Facebook and Google, certainly have the financial flexibility to offer generous paid leave programs that include new fathers, the agency world needs to step up if they plan on keeping their top talent. This week, Google announced that they halved the rate at which new mothers quit by increasing paid maternity leave from 12 to 18 weeks in 2007.

The Outcry over Susan Sarandon

At the SAG Awards last Saturday, Susan Sarandon became the talk of social media, not because of her nomination or her presentation of the "In Memoriam" segment but because she wore a white button-up suit with a visible black bra underneath and much cleavage on display. Nasty social media users took to Twitter instantly, shaming Sarandon for her “revealing” outfit choice with numerous puns connected to SAG.

You would think Susan Sarandon would win the SAG awards everytime

Piers Morgan joined the conversation, tweeting for multiple days after the event about Sarandon’s “indecency.”

Would Susan Sarandon wear this to a funeral? No.
It was thus horribly inappropriate for an In Memoriam tribute. pic.twitter.com/hMoGChJY8D

This uproar spurred the outcry of feminist commentators; “Well, it seems the world can’t quite handle a woman having breasts; let alone a woman who, God forbid, has breasts after the age of 40 -- or even (gasp), north of 60,” one blogger commented in Stylist, also noting that it was ironic that Sarandon opened the “In Memoriam” segment with a reference to her ex-lover David Bowie, who was known for defying conventional dress. Advertising legend and entrepreneur Cindy Gallop also spoke up in defense of Sarandon. “Everyone has a right to own their own body, their own sexuality, their own individual gorgeousness and to not give a damn what anybody else thinks. I’m 56 and you bet I’ll be flaunting my own cleavage ‘til I topple into the grave,” she told Salon.

In their latest efforts to reach young readers, Time Inc. has launched a new site for women called “Motto,” the Wall Street Journal reports. Offering advice about life, work and play, Motto will feature original reporting from Time staffers as well as contributions from celebrities and politicians (including commentary from Barack Obama and Ivana Trump). With Time magazine’s print ad revenues declining (dropping by 12 percent in the third quarter), Motto will be an important source of digital ad revenues for the company. The new site also reflects Time’s efforts to reach young women; recently they acquired Zooey Deschanel’s HelloGiggles.com, xoJane.com and xoVain.com. With goals to post a dozen new stories and two new videos daily, the site is “intended to be inspirational and motivational,” editorial director Callie Schweitzer told the Wall Street Journal.

Much has been said about the “mommy tax,” or the increase in the gender pay gap once a woman has a child, but are men experiencing similar pressures?  A new study has uncovered that while women with flexible work schedules are more committed to their jobs, men who arrange flexible schedules to care for children or for work-life balance often feel harshly judged and that their chances of promotions are limited, Details reports.  “Just as women had to explode the myth they’re less ambitious, men are now experiencing judgments that need to be dispelled,” Meredith Hellicar, a researcher who worked on the study, wrote in her report. “Our cultural values are deeply embedded so we must change perceptions around whose role it is to care for kids and accept that men can, and want to, take on this role too,” she concluded.

The Gender Gap in Charitable Giving

Can’t Find Qualified Women for Your Startup, You Say? Here’s 1,000

The Military Just Doubled Its Maternity Leave. But There's Still One Huge Problem.