SUV’s Marketing Problem: They All Look the Same 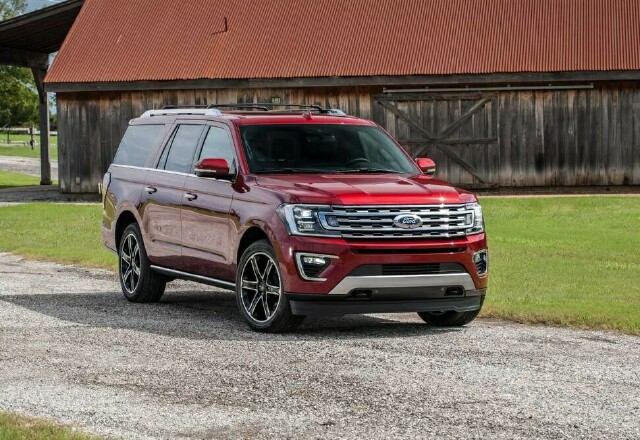 Selling SUVs in 2019 is a lot like selling beer or fast food -- it’s all about creating excitement and projecting a youthful, hip image.  Just look at the current commercials below.

SUVs rule in Detroit.  Chevrolet offers the Equinox, Traverse and Trax, and that’s just the crossovers.  Don’t forget the big guys -- the Tahoe and Suburban.  These SUVs are hot, so much so that sedans are out at General Motors.  You can still buy a Cruze, Impala, Volt, Cadillac XTS and Buick LaCrosse, but you had better act quickly, because they’re disappearing at the end of the year.

It’s pretty much the same story at Ford, where the cars got the heave-ho, leaving only the Mustang in the lineup.  But no problem if you want an SUV:  The lineup includes Flex, Explorer (the Texas edition is pictured at top), Edge, EcoSport, Escape and Expedition.  (Do they like the letter “E” at Ford or what?)

FCA is almost all trucks and SUVs now, after having jettisoned the Chrysler 200 and Dodge Dart.  Because the company did this before the competition, it’s looking prescient.

Since an SUV isn’t an SUV unless it’s boxy, this presents a marketing problem.  Every SUV segment is crowded with competition, so how to stand out?  Let’s face it, SUVs all look pretty much alike.  Beauty is in the eye of the beholder, but if there’s a beautiful SUV, I don’t know about it.  The designers do what they can, but their palette is limited.

Selling the “new look” was easy when automakers redesigned their cars every year, but minor grille tweaks on, say, the Escape aren’t a big selling point.  At auto shows, when the cover comes off, what we see is, well, another SUV.

Given all this, it’s not surprising that automakers are advertising their SUVs with emotional appeals:  Buy our crossover and you will be happy.  They often use fast cuts of the car’s details -- wheels, headlights --to avoid showing the basic box you’ll actually buy.  And, almost universally, they market their SUVs by associating them with good times and a new, more adventurous you.

Three happy families -- “real people, not actors” -- are shown the 2019 Equinox, Trax and Traverse in a lineup.

“If I wanted to be a cool dad, I’d go with the Traverse,” a man raves.

Another adds, “The red one!”

Fun and cool, say “real people.”  I’m not at all surprised this ad works.  “Chevy has a vehicle that will leave you shouting for joy,” the company declares.  Joy is a consistent theme.  Chevrolet has had some problems with its “real people” ads, but I think they work better than celebrity endorsements.  Of course, there are exceptions for celebs with special charisma.  Lincoln's Nautilus commercial with actor Matthew McConaughey hit No. 1 on the iSpot.tv most-viewed list for the week of January 14, it's second week on top.

A beautiful, beaming young woman drives her Cadillac CT4 crossover through a city, which is full of people celebrating the joys of being human.  She pulls to a stop, and a whole group of her friends -- even happier than she is -- pile in.  They pass some skateboarders, and by magic they’re wearing the boarder’s hip threads.  “The unmistakable Cadillac XT4,” the announcer says.  “Once again, driving is joyful.”  You’ll be happy.

Ford: “We the People”

This one is both vaguely patriotic and about finding, again, joy.  “We the people are defined by the things we share and the ones we love -- our book clubs, our tee times, the moments we don’t have to say a word.”  The people in the cars are ecstatic, celebratory and creative.  The fast-moving images are of sharing life’s precious experiences.  There are lots of images of the car in wide-open spaces, sometimes with cowboys on horseback riding alongside.  “We the people, who are better together than we are alone.”  The car isn’t featured in the spot, but it’s clearly enabling all these good outdoorsy times and togetherness.

A full line of red Jeeps off the beaten path, plowing through snow, as exciting music pounds.  “Go inside, cozy up to the fire,” the announcer says.  “Stay warm.  Some call that a nice winter’s day.  We’ll have to agree -- to disagree.”  We get it, staying inside is for wimps.  Jeep owners stand out from the herd.

If families bought their next vehicle with the head, not the heart, they’d mostly be in minivans or hatchbacks.  But that’s not how it works.  Brand Quarterly asks, “When consumers are faced with endless choices through social media engagements and recommendations, how do they make their decisions?  What could influence someone to select one brand of vehicle over another -- even though both have the same basic function of getting us where we want to go?  The simple answer is emotion.”

By the way, the SUV sales pitch in China is the same, yet different.  Chinese TV ads (seen on a recent flight to Guangzhou) sell the same joy, but associate it with a glittery lifestyle like that glimpsed in the Singapore scenes of Crazy Rich Asians.