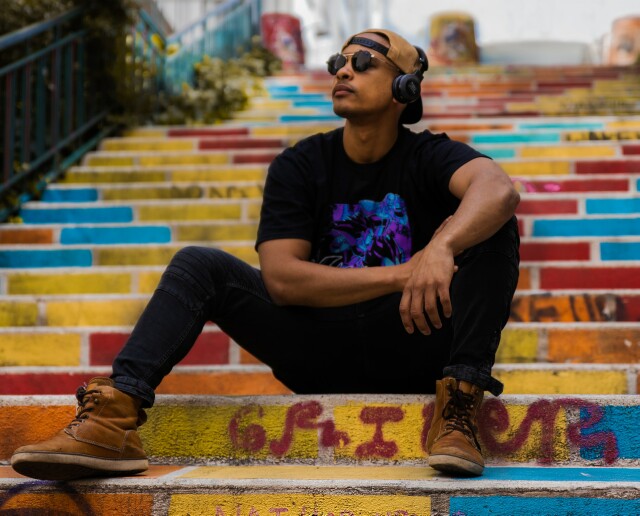 With a growing population of 61 million and $1.5 trillion in spending power, the Hispanic and Latinx communities have become a highly sought-after audience by brands and advertisers as the fastest growing minority group in the United States. However, because they are an increasingly complex group of people, with many in bilingual, multigenerational, multiracial and multiethnic households, brands and advertisers haven't been able to crack the code on how to reach them. Claudia Oddo, Senior Marketing Manager at SXM Media, shared a tremendous amount of insights through their 2020 Pandora Soundboard and other sources on what their Latinx and Hispanic listeners are experiencing through music and sound, and how it relates to their identity.

"One of the most eye-opening [things] is something that we had a gut feeling about, but our soundboard panel really validated: Audio is where the audience is going to for authentic cultural representation, and it's a combination of insights that showcase that," Oddo said. Eighty percent of the 2020 Soundboard panel said that their race and ethnicity is part of their identity, and 81% said that music is part of that identity.

Oddo revealed that the Latinx people who participated in the study were 59% more likely to say that music is critical in representing their culture and identity. "That was just incredible to see, and [when] you couple that with how they want to hear Latino stories on podcasts, you learn that sound is how they see themselves better represented," she noted.

The Latinx community, however, remains a tricky audience to target because of its broad cultural, ethnic and racial diversity, with many having roots from the Americas to Africa to Europe. Oddo explained how these studies and insights can educate brands on how to avoid a one-size-fits-all approach to their marketing, and how they can cater to such a multidimensional group of people.

"There really isn't just one box to check off. I myself am Peruvian and Italian. My parents were in Venezuela. I have no idea how to check off a box in the census, let alone any other forms out there," she shared with a laugh.

"Just making an effort to acknowledge all these differences, celebrating these distinctions, and just doing the work to really uncover and understand all the intersectionalities is going to spark a deeper connection with consumers," Oddo continued. This makes sense, given that the biggest takeaway from the study was that "55% (or over half) want brands to represent the full spectrum of their community. That means you nod to the fluent speakers, the Spanglish speakers; it's nodding to the proud indigenous community and the Afro-Latinx community. There's so much room for that powerful connection to [exist] because there isn't a lot of that out there."

In Para La Cultura, an advertising insight from SXM Media, Oddo wrote about her upbringing in a non-diverse neighborhood and oftentimes not speaking Spanish to her Spanish-speaking parents at home. That was due to societal pressures where her culture was not embraced. The impact music had on her was what finally sparked a change.

"I remember distinctly when Daddy Yankee came out with 'Gasolina,'" she recalled. "I was in middle school and everyone was playing it and loving it, and they'd ask, 'Do you know what this means? Can you translate it?' People engaged and wanted to know more about the culture. It was just so cool to see that the culture you were once made fun of for was now being embraced and loved by people who were outside of it. That's why music is so powerful. You're going to reach people beyond your own community and bring everyone [in] to listen and embrace it and get more curious. There was such a lack of representation and I thank Daddy Yankee to this day for that record, for helping me embrace my own Latinidad."

Another insight from the 2020 Soundboard revealed that 51% of listeners feel that Latin artists have a responsibility to address concerns and issues that impact their communities, and that 47% support music artists that align with their social and political views. A recent example of brands, organizations and festivals pulling support from controversial artists is with rapper DaBaby, who, after making several homophobic comments, was removed from a number of festivals, including Lollapalooza.

When asked how brands could use this type of data to their advantage, and increase their brand reach while maintaining authenticity, Oddo replied, "I think it's by partnering and aligning yourself with the right artist for your brand, and also supporting who the artist is offstage just as much. I think Bad Bunny is the perfect example. He is loved for exactly who he is, and what he represents beyond his music. As an artist, he represents so much more than his music. His music video 'Caro' was a nod to the non-binary community and gender fluidity. I love that he's a top Latin trap artist, and he regularly displays a beautiful set of manicured nails and speaks so openly about his sexual fluidity.

"This audience wants to support companies and brands that align with their social and political views, and what's important to them. We can get into that space by partnering with the right artists that can help lead us into a more authentic space and give us the right credibility to even be speaking into that space."

In Sonido On (Sound On), an SXM Media Audience Insight, it was shared that 92% of Hispanics listen to Latin music, with 74% saying that music is what connects them to their culture. The insight also states that the biggest connections Hispanics have to ads include diversity and seeing their own lifestyle, culture and community reflected therein.

Explaining how SXM Media and brands cater to this audience of over 19 million listeners, Oddo shared, "We have an amazing in-house creative team, Studio Resonate, that helps brands really craft the right message. Finding the right tone and approach is really going to help so you can get as deep in the culture as you can through ethnicity, through race and through language. It all circles back to being fluent in culture, and the rest just follows."