Media's Youth Marketing Summit: What Does Gen Z Like and Dislike About Social Audio? 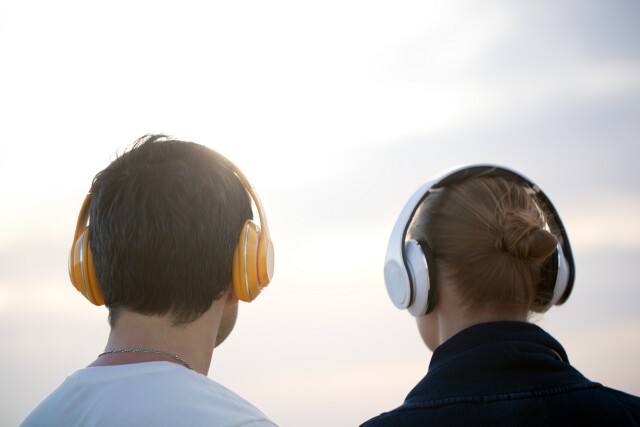 As young Americans search for connections and engagement, social audio offers the community that they're craving. From Clubhouse to newer entrants Twitter Spaces and Spotify Greenroom, social audio platforms have burst on the scene and, together with podcasts, are driving young consumers, influencers and brands to embrace audio.

"I'm fascinated by the authenticity that audio platforms allow for," Nadya Okamoto, a podcaster, Harvard University student and Generation Z digital marketer said on a panel at therecent Youth Marketing Summit. "People are craving more community on social media," she noted, adding that audio, in particular, promotes community and the exchanging of ideas.

When the COVID-19 pandemic forced Americans to stick close to home, Generation Zers began looking for new ways to connect. Clubhouse and others allow users to create live, audio-only content and gather like-minded groups. It is a forum to share passions, gather and learn without the pressure or production demands associated with video.

"Without conferences, lunch and learns, and more casual meet-ups, young professionals were missing out on an opportunity to hear and interact with thought leaders, industry experts and entrepreneurs," explained Sarah van Mosel, Chief Revenue Officer for Stitcher (a top podcast platform owned by SXM Media), who moderated the discussion. "Social audio gave them a means to network in real time, while still in their sweatpants."

But it is still early innings, and Gen Z influencers said social audio still has a lot of growing ahead. Clubhouse started the boom last year, sending media industry execs and social influencers clamoring to get access to the invite-only app. At first, Clubhouse "rooms," or live streaming channels, were intimate gatherings of like-minded individuals, and the app earned rave reviews from hosts and users.

Last year, Jake Hunter, an actor, producer and mental health influencer, embraced Clubhouse as a space to discuss spirituality and mental health. For several months, he hosted rooms for two hours a day.

Similarly, when Okamoto first started using Clubhouse, she was impressed by the community element and intimacy of the discussions. "I've never seen such passionate fandom of a social media app," she said.

But, as the app gained a following, Okamoto and Hunter said the atmosphere started to change. Hosts weren't as willing to invite users to speak, and complaints arose about bullying. Hunter said he started to feel burned out and left the network. "After a while, it turned into too much," he explained. "People would end up getting upset with me if I had to miss a day."

Clubhouse also ran into practical limitations. Hunter said the crowds were usually too small for content to go viral. Because Clubhouse is invite-only and potential users might not have accounts, Okamoto would have to post on other social networks, like Instagram or Twitter, to promote her discussions. Brands wanted to promote hosts but struggled to find ways to integrate and measure their efforts.

Another shortcoming, Okamoto said, is that Clubhouse doesn't allow users to share snippets of the audio, a must for Gen Zers. "Shareability is huge," she asserted. "That's something that the next generation of audio apps needs to be able to do."

As social audio is evolving, podcasting is also booming with Gen Zers. Podcasting has a low barrier to entry, allowing eager hosts to grab a microphone and start recording. "In podcasts, production is relatively inexpensive and accessible," noted Stitcher's van Mosel. "Until the rise of consolidation, most podcasts were distributed widely and accessible to anyone who cared to look for them."

Meghan Rienks, an actress, podcaster and lifestyle influencer, hosts a podcast as well as a series of YouTube videos. In true Gen Z form, she multitasks her podcast, shooting video as she records the audio. "We get a lot of people saying they were listening on an audio app and 'the second I heard the call, I switched over to the video to see your faces,'" Rienks said.

When a new sponsor comes on board, she said they often want her to stick to their script. As they get comfortable and understand how Rienks engages with her audience, they give her more latitude.

She believes listeners can sense when a podcaster has creative freedom to discuss a brand or service, and they appreciate the authenticity. "When they've heard us talk about [a topic] and they're familiar with our voices and the podcast, they say go for it," she said. "If you know the podcasters are able to have that free reign in how they speak, you want to listen in."

Van Mosel agreed that podcasting's creative freedom is a boon for content creators and advertisers.