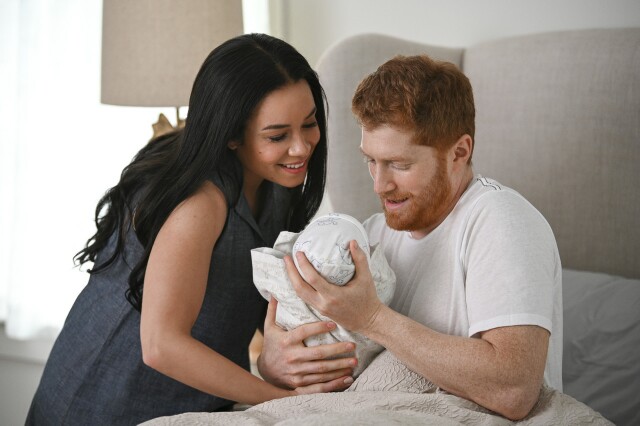 The third and latest installment of Lifetime's Harry and Meghan franchise, Harry & Meghan: Escaping the Palace, premieres Labor Day, exploring the reasoning and events leading up to the decision made by the Duke and Duchess of Sussex to exit royal family life in the hopes of providing a brighter future for themselves and their son Archie. Leaving no stone unturned, the film introduces us to a new Harry and Meghan as Jordan Dean (Prince Harry) and Sydney Morton (Meghan Markle) take over the title roles, both picking up where the actors in the earlier movies left off.

For Morton, exploring the previous portrayals of the royal couple was a must. "I chose to watch [the previous films] just so I could really understand the three-part story we were telling," she revealed in an exclusive MediaVillage interview. "All three of the movies are so different in tone, that it didn't really feel like, 'Oh gosh, we need to recreate what they did' or anything like that. It's like, 'Alright, we need to have a different chapter of this story.'" 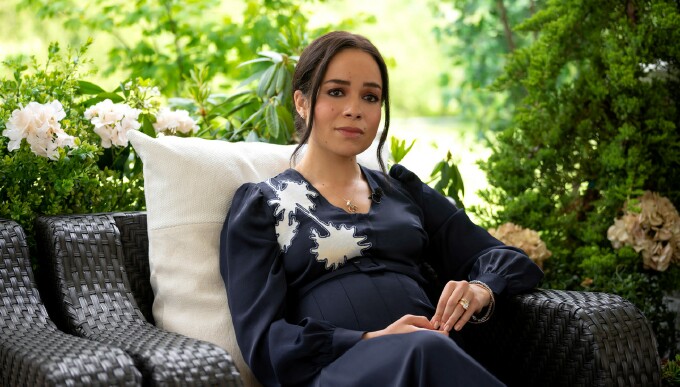 According to Morton, she had a broad knowledge of the narrative she and Dean would be telling beyond the events depicted in the earlier films. "I had a very apparent understanding of it," she explained. "It's not something I follow every day, but there were milestones, like the wedding, which I got up early to watch. I obviously watched the Oprah interview the night it aired, but there were holes in my knowledge. These movies really filled in the blanks for a lot of American viewers. And with this movie, it will be interesting for them to learn the ins and outs, of how the royal family and 'the firm' operate and how that all unfolded over the past couple of years."

Morton didn't have to think too hard when she was offered this high-profile role. "I didn't hesitate much," she shared. "Just knowing that this is so topical, current and had so much energy around it, I really didn't. I find it fascinating, and I thought it would be an interesting challenge. But because they're living people, this is their word. We're depicting not only their lives but some traumatic moments in them, and we wanted to handle it with a lot of care, empathy and respect. It's not like decades have passed for everyone to have processed it all. We're all still kind of living through it." 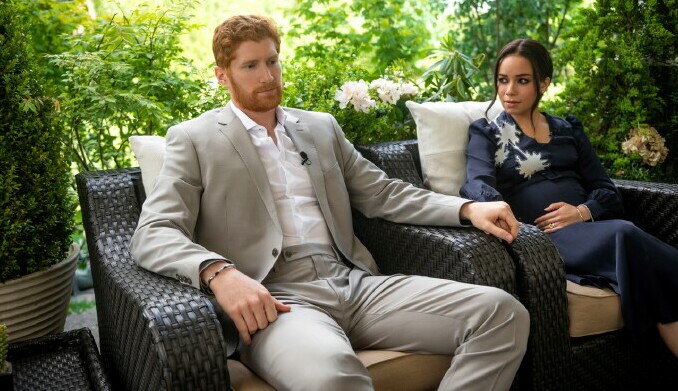 The first step in portraying Markle, which she does remarkably well, was to study her. "We had to quarantine before starting shooting, so I watched a lot [her] and I read a lot of her writing," Morton recalled. "I had voice memos of interviews, some lines from Suits, and even bloopers. I listened to them a lot to get her voice down, but I really wanted to get her essence and her point of view more than to do an impersonation.

"Meghan has certain mannerisms," she continued. "She's got this West Coast thing and is definitely grounded. I live in New York and tend to operate at a faster pace, but I think playing this role kind of calmed me down a little bit. Meghan also really holds eye contact, so that was something I wanted to do, along with certain inflections that are very her. Other than that, it was more about not feeling stuck in an impersonation and capturing her essence and kind of grounding it in the moments of a scene."

Then came the look. "I didn't think I had such a resemblance," she mused of seeing herself in character for the first time. "She has such a signature look. With the makeup and the freckles painted on, her eye makeup, clothing and everything … putting that on I was like, 'Oh wow, this is gonna be really fun.' It changed how I moved and was the final piece. I did get to keep a few of the less iconic outfits, too!" 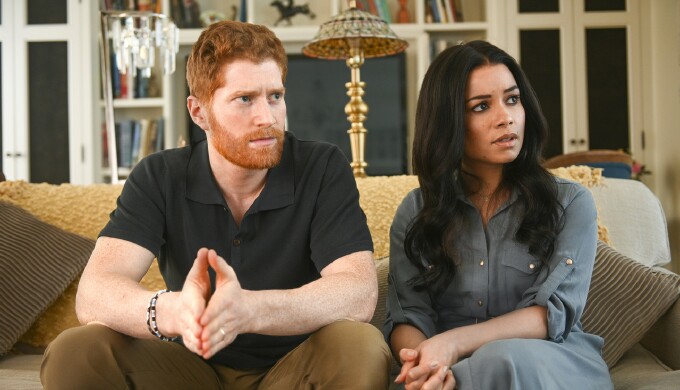 One thing Harry & Meghan: Escaping the Palace doesn't shy from is the controversy surrounding the couple's decision to go it alone. The movie covers everything from Markle's mental health struggles to her silencing by "the firm" to the splintering of the Harry and William's relationship, along with the accusations of racism and lack of support raised in their tell-all Oprah sit-down. "I don't think you can tell this story without including those aspects," Morton admitted. "They're uncomfortable and triggering. As a woman of color watching the Oprah interview, I'm sure many people would [agree]. While I may not know what it's like to experience those things as one of the most famous people in the world, within the royal family, I think every person of color has experienced those feelings.

"I think the instances of outright racism will resonate with so many people," she added. "It's important. I mean they wouldn't make the decision to leave the palace lightly; the stakes were high. Why would they make such a huge decision, possibly fracture their family, and have so many people hate them for it? You wouldn't make that decision cavalierly. We had to include all of the aspects to really tell the story and explain why they did what they did."

Throughout filming, Morton was grateful to have Dean as a scene partner. The two remained friends following a Broadway show together in 2016, and perfectly embody the united, loving front that is the royal couple. "We were both so relieved," Morton said of the pairing. "The first scene was the two of us with a one-month-old baby. We were grateful to already have a rapport, comfort and a lot of trust. If you don't believe that they're in love, you wouldn't believe the steps that they took to protect their relationship and their family."

As for any backlash the movie might incur, Morton is ready. "At the end of the day, I am an actor playing a role," she said in closing. "I'm not her biographer. I'm not her. So, I have to remove myself from the conversation. But there's a part of me that thinks if people watch this and respond strongly, then we've done something right."