Tanya Roberts: The Passing of an Angel 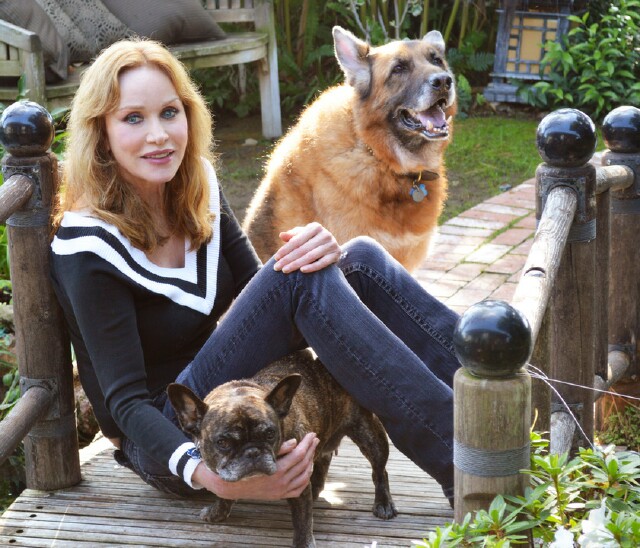 In June of 1980, the world welcomed the addition of actress Tanya Roberts to the cast of Charlie's Angels. In January of 2021, at the age of 65, the world bid her farewell -- amidst much confusion. Reports of Roberts' passing (following a hospital stay that began on December 24) broke this past Sunday; however, due to a miscommunication between her partner Lance O'Brien and longtime representative and friend Mike Pingel, subsequent updates proved otherwise, giving her legion of fans renewed hope for a recovery. That hope diminished the morning of January 5th, when the official announcement was made that she had passed the previous night due to complications from a reported blood infection.

Born Victoria Leigh Blum, Roberts joined the cast of Charlie's Angels 40 years ago as Julie Rogers in its fifth and final season (beating out an alleged 2000 hopefuls for the role) and following the controversial departure of Shelley Hack (Tiffany Wells) who'd replaced Kate Jackson (Sabrina Duncan) in season four. Alongside Jaclyn Smith (Kelly Garrett) and Cheryl Ladd (Kris Munroe), her character was billed as a street-smart beauty, one who at the time Roberts described as, "almost like me." 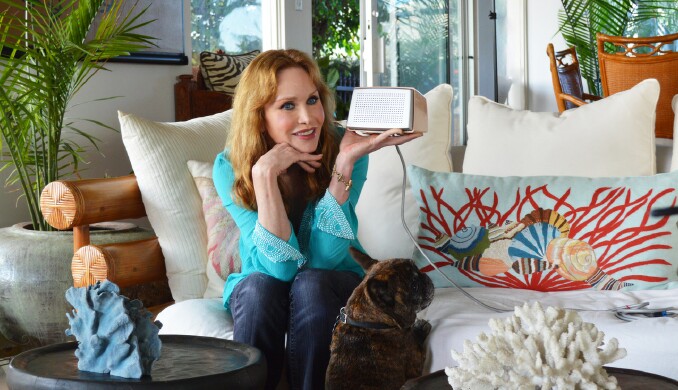 At 16, the fiercely independent Roberts left her cultured home, describing herself as "a freaky young kid" who ran with questionable crowds in New York before getting her life together and marrying screenwriter Barry Roberts. After Roberts became a successful model and off-Broadway performer, the couple relocated to Hollywood, where after a few movies and unsuccessful TV pilots she would eventually screen-test (twice) and land the coveted part in Charlie's Angels. She happily changed her brunette locks to red, at the urging of series producer Aaron Spelling, completing his original vision for the crime-fighting sleuths. By this stage in the narrative, "Two [had] graduated from the police academy, the other, from a top school for models."

Roberts became an overnight name courtesy of the high-profile role, commanding headlines and gracing the covers of magazines around the globe. (That was the power of broadcast television back in the day.) Her beauty – especially her intoxicating blue eyes -- made her the perfect addition to the cast, and fans embraced the newcomer with open arms. "Originally I wasn't sure if I wanted to do it at all," she revealed to me in a 2015 interview. "I thought, where have the other [Angels] careers gone? This will pigeonhole me, and it did. But I managed to get out of it right away by doing The Beastmaster (1982), Sheena (1984) and then A View to a Kill (1985), so I broke the Angels mold right away. [Angels] does pigeonhole you to some extent because you're thought of as being not much of an actress, but what can you do?"

After her Angels introduction in the two-part season five opener, Angel in Hiding, ABC attempted to boost the show's declining ratings by switching the location of the series to Hawaii, presenting more opportunities to show the Angels in bathing suits. Roberts was thrilled. "I loved that," she told me. "Hawaii is such a beautiful place and I actually wouldn't have minded a little house right on the ocean there."

Sadly, Roberts' tenure as one of Charlie's Angels would be brief. Just 17 episodes into production, the crippling writers' strike of 1981 (combined with a significant slump in ratings after ABC moved the show to Saturday nights) took its toll on the once top-rated series. With ABC unsure of how long the strike would last, and the high production costs of keeping a crew in Hawaii, Roberts' wings, along with those of Jaclyn Smith and Cheryl Ladd, were clipped and the show was cancelled.

"I had some good storylines on the show," Roberts recalled of her time on the series. "The critics were harsh. I guess that's okay, but Angels is something I'm always happy about. Except I never got an action figure as I joined in the last season!

"Everyone seemed to want off the show," she continued. "They all had five-year contracts. There was no way Jaclyn would have gone past her five years. She was done." Aaron Spelling was once quoted as saying if Roberts had joined the series the prior year, he believed the show may have continued. Roberts, however, had a more realistic take. "I don't know if they could've ever replaced Jaclyn," she shared. "Maybe they could have? But a lot of people working on the show were tired; and with the big screenwriters' strike holding production for three months, it was just an unfortunate situation."

Following the end of the series, the free spirit shocked Angels fans with a 1982 Playboy pictorial to promote her starring role in The Beastmaster. Further TV appearances would lead to another cult classic role in Sheena before Roberts snagged the most high-profile role of her career as James Bond girl Stacey Sutton, opposite Roger Moore, in A View to a Kill. "Roger had a great sense of humor, was a total professional," she said. "Being a Bond girl was a lot of fun." 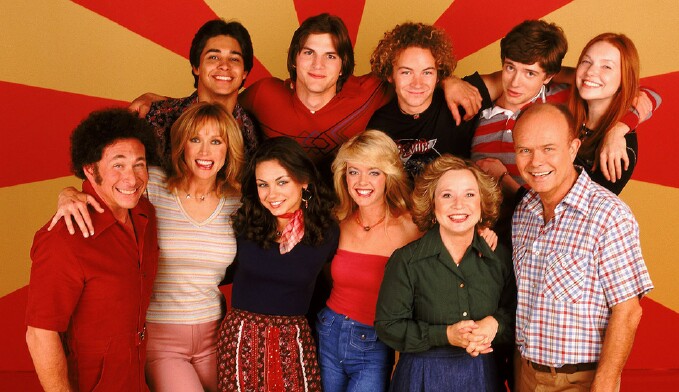 In 1998 Roberts returned to television with a co-starring role in the Fox sitcom That '70s Show as ditsy Midge Pinciotti, this time displaying her comedic skills. (The original cast is pictured above.) Fans will recall that she abruptly left the show after three seasons. "It was sad I had to leave that show," she told me. "It happened because my husband got sick with encephalitis and meningitis, so I had to leave. I probably would've stayed on otherwise." He passed away in 2006.

Roberts retired from acting that year, but in that 2015 interview she told me, "If a good part came along, I'd consider it. I'd like to play a businesswoman or something like that, but I never get offered those roles. It doesn't bother me; I'm happy being out of the business pretty much and doing things behind the scenes. I enjoy what I'm doing now, it keeps me happy."

Most recently she was hosting lively interactive chat sessions via her Facebook page, where she shared career highlights.