Targeted Videos in Cinemas May Provide Joy to Advertisers 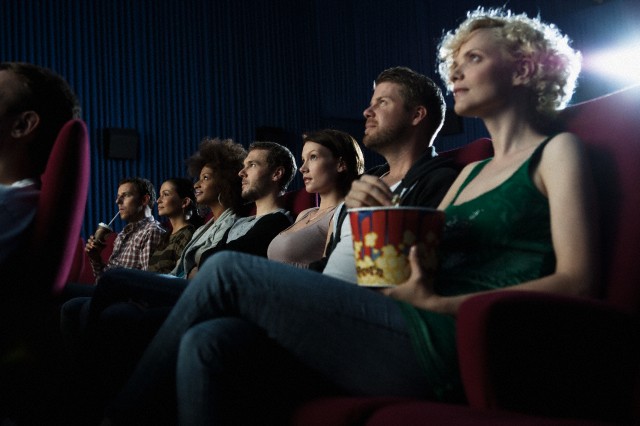 There were several important trends that shaped and disrupted the advertising marketplace in 2015. These included the near-doubling of U.S. smartphone ownership in the last four years, the continued adoption of tablets, the rise of big-screen phones, the explosion of native advertising, the introduction of smart watches and the prominence of other wearable technologies.

And in our small but important corner of the universe -- we sell advertising programs for marketers tailored to affluent and influential cinema audiences at top U.S. luxury exhibitors and iconic independent film theatres -- several dramatic trends upended our world as well.

By far, the biggest trend in our business was the growth of targeted premium video advertising on our cinema screens.  Targeted premium video ads are for advertisers who want to drive branding objectives while reaching a specific engaged audience with staying power, much like live event television viewership.

One of the many reasons that drove the surge of this type of advertising in 2015 was that advertisers sought more effectiveness in their television advertising.

DVRs and ad-free streaming activity create turmoil for advertisers who are increasingly seeking alternatives to the television platform.  General Electric's CMO Linda Boff recently admitted to Business Insider that she's throwing in the towel on prime time television advertising and will only spend money on live television events.  Essentially, that means live event television such as a sporting events or awards shows.

Cable and satellite subscription cord-cutting is another factor driving this decline.  Half a million subscribers did not renew in the first half of 2015 alone.  Another reason is the dramatic growth of ad-free streaming services such as Netflix, Amazon Prime and Hulu. Netflix alone has roughly 43 million subscribers in the U.S. And if you want a good barometer of the popularity of streaming, just ask Wall Street.  Netflix was one of 2015's top performers in the S&P 500 and its shares were up about 150% for the year.

This trend created opportunity for Spotlight Cinema Networks and dozens of other media companies in 2015 with the characteristics advertisers' desire -- providing an environment comparable to live TV programming. Consumers don't want to miss the latest and greatest films so they can be more conversant at the water cooler or on social media networks.  Cinema is “appointment viewing” at its best -- an impactful, engaging, DVR-proof environment delivering a targeted, coveted audience.

In 2015, advertisers not only sought a targeted audience for their video messaging initiatives, but they wanted to extend and deepen audience engagement and interaction.  Enter experiential extensions, which deliver advertising messaging that consumers can touch, feel, taste or view in a physical location.

Spotlight also saw an increase in experiential extensions and custom content development in the last year. For example, in 2015 we facilitated new partnerships between companies like Peroni (a Spotlight sponsor for a number of years) and the Los Angeles Film Festival (LAFF).  In 2015 Peroni became the exclusive beer of the LAFF and the sponsorship allowed Peroni not only to receive significant branding exposure at the festival but also to provide sampling opportunities throughout the festival to more than 90,000 attendees.

In that respect, they are similar to traditional television but with less clutter, more engagement and higher recall.  Targeted premium video companies are delivering what advertisers will be asking for in 2016.

With more than 25 years of national ad sales experience, Michael Sakin is the President of Spotlight Cinema Networks. Sakin has extensive experience in the Cinema arena. Prior to Spotlight, he held the position of SVP of Ad Sales for Landmark Theatres as wel…