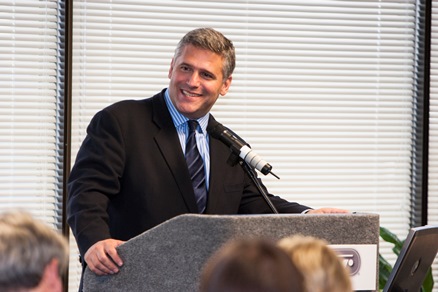 As departing Turner Broadcasting Chairman and CEO Phil Kent embarks on his self-described "third sabbatical of his career," few realize the depth and breadth of his contributions to the company he's leaving. Phil has studiously remained "below the radar" for most of his career, which began when he was hired in 1976 as the first male sales assistant in New York media at Blair TV sales reps, at an annual salary of $6,900. In my exclusive exit interview with Phil, he shares details of his career and explains the circuitous path that led him not only from New York to Los Angeles, Atlanta, London and back to Atlanta, but on two and soon-to-be three world tours.

Phil plans to spend the next 12 to 18 months traveling the world, focusing on places he's never visited and cities he traveled to for business but never had the opportunity to "truly see and enjoy." This is the third time Phil has taken a lengthy sabbatical from work – a luxury few get to enjoy even once. It comes from Phil's unique perspective that "I've never identified myself as my job. A close colleague used to say to me, "Corporations are like trains; people get on and off, but the train keeps going." It's important when you get off the train to have a clear sense of yourself outside of your job and to take the time to regain perspective. The sun doesn't rise and fall around your work. A high level of self-awareness is key."

It's that self-awareness that led Phil to realize his mission at TBS, Inc. had been completed and that he "would turn into an existential CEO if I stayed and I'd start meddling instead of empowering and enabling. It's time for me to enter the third chapter of one's life," he explains. "The first chapter is education; the second is identifying your focus, proving yourself and competing, and hopefully wealth accumulation. The third chapter is about maintaining good health and pursuit of happiness."

"But I have no intention to retire," Phil adds. "I won't try to replicate the amazing experience I've had with Turner but I have an intellectual curiosity about many things and want to do good things in and for the world. My mantra used to be 'God hates a coward,' but now it's 'Life will unfold.' 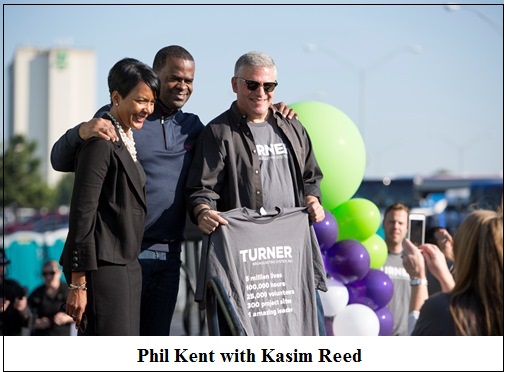 Phil's Turner experience must be one of the most unique and unusual careers in media industry history. But before sharing his experiences, mistakes and vision for the future of Turner (and comments on Jeff Zucker and David Levy), Phil stressed his "regret, frustration and disappointment on behalf of the whole TV industry that TV Everywhere is not further along. Study any industry and it's obvious you cannot go against consumer trends and succeed. We felt it was important to lead by example in giving consumers content when and where they want and we hoped others would come to the same conclusion. Programmers have not been as aggressive as they should be in making content available. The marketing has been less than stellar and distributors are overly obsessed with security. The industry has tended to fall back on thinking everything is a negotiating point instead of collaborating to deliver a suite of services that are more essential in consumers' lives. An ecosystem that is fabulous for the creation of original content is under threat and we all need to see the bigger picture."

Phil believes that programmers and distributors need to commit to TV Everywhere through easier consumer interfaces, more sampling opportunities, aggressive marketing to get as many people authenticated as possible, and by making more programming available. Throughout my Turner career," Phil points out, "I've focused on acknowledging reality, strong branding, defining and delivering clear consumer value, and preparing for the future. As our industry transforms, those goals are more important than ever."

At Blair TV, Phil joined one of the TV industry's first marketing development groups (CBS also claims the first), selling local TV to network advertisers by explaining that network schedules under-delivered on ratings in large urban markets. After just three years, he left Blair to form his own TV syndication company selling news inserts on energy to local TV stations. "I lost my money," he admits, "but Blair hired me back to help start a syndication division selling reruns of Cisco Kid and bringing back Divorce Court."

This began a relationship with the Hollywood TV community that led to the most formative and important opportunity of his career. In 1986, after only a decade in the business, Phil was approached by Michael Ovitz' Creative Artists Agency and was invited to start their syndication and cable division. Unlike the typical incestuous Hollywood agency, CAA was hiring outside talent like Phil,John Sykes (now at Clear Channel Entertainment) and Sandy Climan (long-time Universal Studios' executive). Phil spent almost six years at CAA as a TV packaging agent, developing first-run syndication properties and network specials. "It was an amazing management experience," Phil says. "I'm surprised more agents don't go into corporate management. It's the Harvard Business School of the entertainment business; you learn every aspect of how the business works – how shows are put together. Plus," he points out, "you need to learn how to manage creative people, financial people, marketing people and distribution people and they all have significant egos and different needs 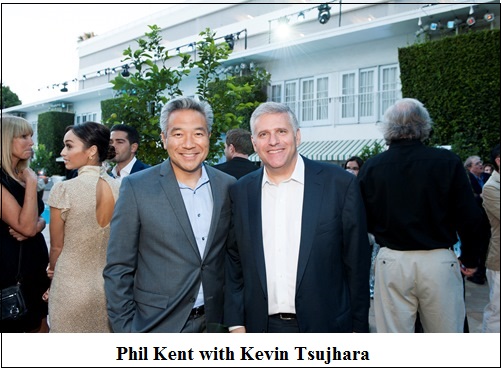 While it was a great experience, it was also an "incredibly stressful life," and rather than moving to another company and another job, Phil decided to leave the business for a year and travel the world (on a very low budget he points out). A year later, Turner executive Scott Sassa called Phil to explore his interest in coming back into the business to run the then-nascent Turner Home Entertainment. As an agent, Phil had called on Scott with "a lot of bad ideas," but obviously had made a good impression and Turner wanted an executive with a broad perspective of the industry to manage its emerging licensing, book publishing, home video and international businesses.

Three years later, Turner was merged into Time-Warner and the home entertainment division was folded into Warner Bros. Turner was looking to expand its international presence and Phil moved to London where he headed Turner International for the next five years. "It was an opportunity to work with people of all cultures and I had to be extremely independent. I went weeks without a call from Atlanta." The international role connected Phil to CNN for the first time, as he handled all non-editorial activities internationally for CNN – a critically important role for the company. His good relationship with the CNN rank and file internationally and in Atlanta and New York "set the stage in the summer of 2000 to come back to run CNN," with Jim Walton as his number two exec.

Soon after his return, the AOL/Time-Warner merger happened and CEO Gerry Levin sent Time Inc. executive Walter Isaacson to run CNN. It was a difficult time for Phil, and following his mantra that 'God hates a coward,' he resigned and in late 2001 he left on his second sabbatical, this time traveling for 15 months before, to his "astonishment," T-W execs Jeffrey Bewkes and Richard Parsons invited him to rejoin the company as CEO and Chairman of Turner, where he has been since 2003.

During his tenure, Phil has reorganized the company around brand P&Ls – CNN, Kids and Entertainment. "We were the first company to talk about general entertainment networks as brands. The most basic thing about cable nets is having 'fans.' Ratings are cyclical, but you want to have a fan base and make each network essential to your distribution and advertising clients." Phil oversaw the transition of TBS "from Mayberry to Manhattan," buying almost every successful sitcom, including Big Bang Theory, Friends, Sex and the Cityand Seinfeld." He focused on and supported the branding of TBS and TNT around comedy and drama, aggressively renewed and invested in new sports deals, and increased investments in global news gathering and leadership at CNN.

"Investments in CNN are not just about journalistic altruism; it's valued by its base of fans and it's essential to distributors. He credits former CNN president Jim Walton as an "amazing colleague," but acknowledges "we never quite solved the content issues." In 2012, with Walton's encouragement, Phil made the "huge but easy decision" to hire a "content person" to lead the network, and former NBCU executive Jeff Zucker was at the top of his list. "Jeff believes the role of the network is still to capture the middle, but to do it better. He has re-energized the core of the journalistic force who believe in his leadership. CNN is better today on breaking news [ratings increased with the recent Malaysian aircraft disappearance and Russia's incursion into Ukraine], has hired more producing talent, and expanded the documentary business with Blackfish and Chicagoland and series like Anthony Bourdain Parts Unknown and Morgan Spurlock: Inside Man.

Most importantly, CNN has combined its TV and digital news gathering, "which seems like a no brainer today, but Jeff clearly communicated CNN's obsession with news gathering and that TV and digital assets and people needed to be co-located and integrated." Phil acknowledges that the "ad community is restless. They've been hearing promises for years. CNN needs to do a better job saying what we are; not just what we're not. Jeff brings an expanded vision of the network and it's still the early stages. He's rebuilding the fan base and knows it's a marathon, not a sprint."

As CEO, Phil remained focused on Turner's international business and admits that while Turner is the largest supplier of pay-TV content in Latin America and has a major presence in Europe, some of his greatest mistakes were in Turkey and India, where he approved acquisitions that haven't delivered on expectations. In 2012 he hired RTL CEO Gerhard Zeiler to head Turner International, with a mandate to generate significant international growth.

Phil regrets that he failed to become more personally immersed in the digital business. Silicon Valley and the TV industry "talk past each other," he believes. "It would have served me better if I understood how digital products are made. We were early and innovative in news and sports and we should be further along in entertainment; I wish we'd made some earlier digital content acquisitions." Phil suggested there are announcements to come on the digital front at CNN and entertainment and quietly admits that he believes Turner should have acquired The Weather Channel.

He's confident he is leaving Turner in good hands with John Martin and David Levy. "It's a smart pairing. John is a leader with lots of experience from both Time Warner and Time Warner Cable and will do a better job than I did articulating the Turner story to the investment community. I've been championing David all these years and he's delivered in every role he's been in. He's one of the most creative executives in the business and is the remaining vestige of Ted Turner inside Turner Broadcasting. He figures out how to get the job done." 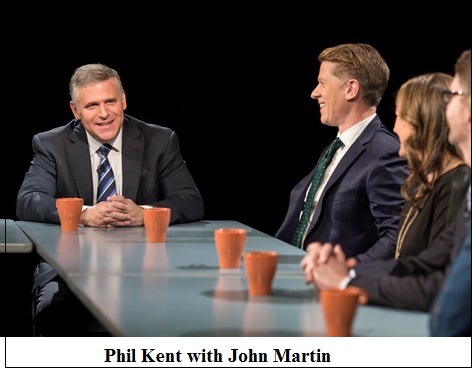 During his career, Phil has accepted only a handful of interview requests. My first interview with Phil took place just a few days before he departed from CNN in 2001 and the second upon his return in 2003. With the second interview, I extracted a promise that we'd continue the pattern and I'd be granted an interview upon his next exit from Turner. I join his many friends and colleagues in wishing him his best sabbatical ever, and I lay claim to his first interview upon his return to a business to which he has made an extraordinary contribution. We can be confident there is another chapter to be written and a fourth sabbatical on the horizon.